With Sky Bet League Two status for next season confirmed three days prior, the pressure was lifted for Boro who looked to upset promotion-chasing Mansfield Town. Steve Evans, who received a negative reception from his former supporters, named an unchanged side from Saturday’s fixture.

The opening fifteen minutes were bright for Stevenage who looked to play on the front foot with confidence and force Mansfield into making errors. The first shot of the game went Boro’s way as Scott Cuthbert sent the ball into the box but Arthur Read headed wide.

Mansfield answered back with a couple of half chances but Stevenage, playing with real aggression, defended well and frustrated the opposition, with The Stags picking up two yellow cards within five minutes.

With ten to go until half-time it was Stevenage applying the pressure as they looked for the opener, despite Mansfield having a large portion of the possession. Luke Norris drove into the opposition area before his shot was denied by Nathan Bishop.

Five minutes later, The Stags had a free kick just outside the box. Newcastle United loanee Matty Longstaff took aim, but his effort was blocked by the Stevenage wall with the following cross into the area collected by Christy Pym.

As the second half got underway, Mansfield were immediately on the front foot as they searched for a goal that could be vital in their promotion push. Lucas Akins laid the ball off to George Maris who’s effort sailed just wide of the post. Evans made his first change of the game, with James Daly replacing Luke Norris up top.

Then, a couple of minutes later Mansfield opened the scoring. George Lapslie received the ball inside the area before firing into the back of the net from his left foot, putting the Stags in front. Steve Evans made his next substitution on the hour mark as Chris Lines came on in place of Arthur Read in midfield.

Mansfield remained dominant in possession for the next ten minutes as they looked to kill the game off. Boro’s final substitution was made soon after with Bruno Andrade replacing Elliott List. Andrade almost had an instant impact on the game but his effort flew wide of the mark.

Stevenage were forced into playing with ten men for the final ten minutes of the game as Terence Vancooten was unable to continue after going down and holding his back moments before.

The Stags came close to grabbing their second goal as Jamie Murphy took aim from just inside the Boro area, but Christy Pym did well to catch it and prevent the goal.

In the five additional minutes of the game, Mansfield doubled their lead and killed the game off. Matty Longstaff simply slotted the ball past Christy Pym who was rooted to the spot before the referee eventually blew for full time, sending Stevenage home empty-handed and giving Mansfield Town a vital three points in their push for promotion.

The two sides were originally scheduled to meet on Saturday 19th March, however the match was postponed due to COVID-19 cases in the Stevenage First Team and Club.

Tickets are now on sale for the game rescheduled for Tuesday 26th April at 7.45pm, with all tickets purchased for the original tie remaining valid for the new date.

Match tickets are available to purchase online at www.borotickets.co.uk, from the Club Shop open Thursdays & Fridays 10am-5pm, and from the turnstiles on the day of the game (£2 increase & cash only).

Ambulant and wheelchair disabled are charged at appropriate rate with carer free of charge.

Tickets are available from the Club Shop until 4pm on Friday 22nd April, and online until 11.59pm on Tuesday 20th April 2022.

One Call Stadium is visible from Mansfield Rail Station. Visiting supporters should leave the station via the footbridge, adjacent to Platform 2. Walk past Burger King, through the retail park, and you will arrive at the Away End (6 minute walk). 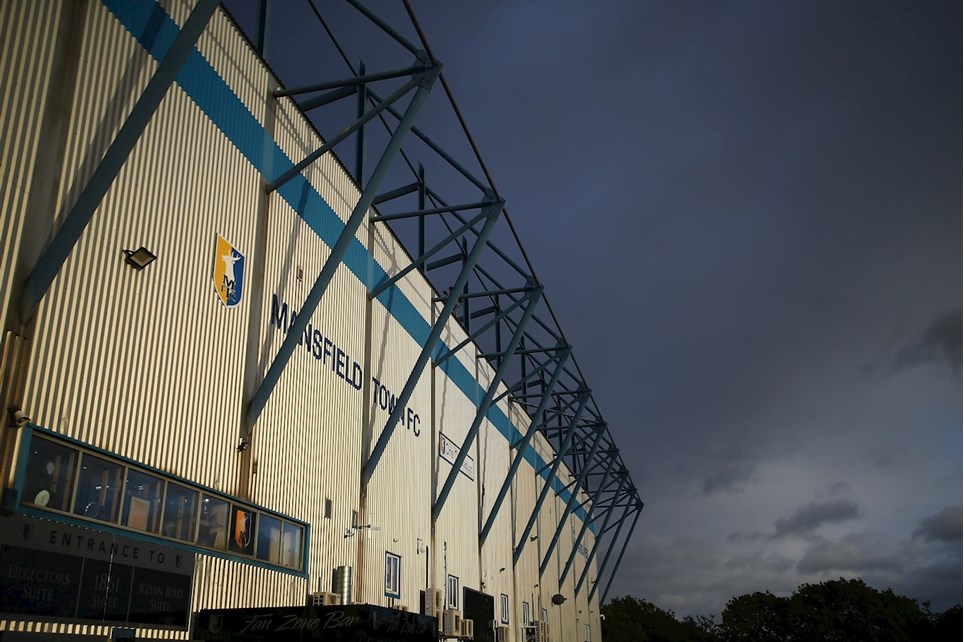 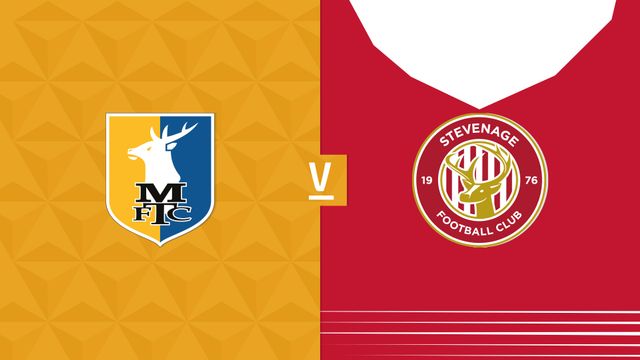 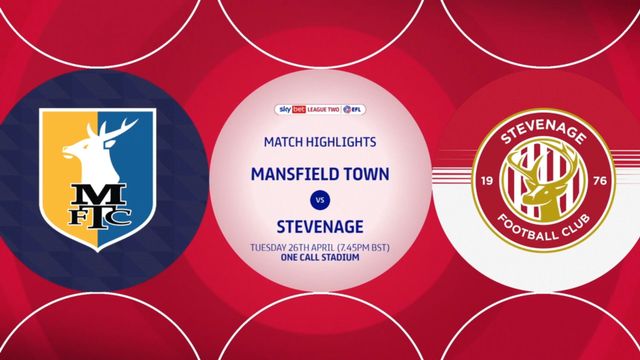 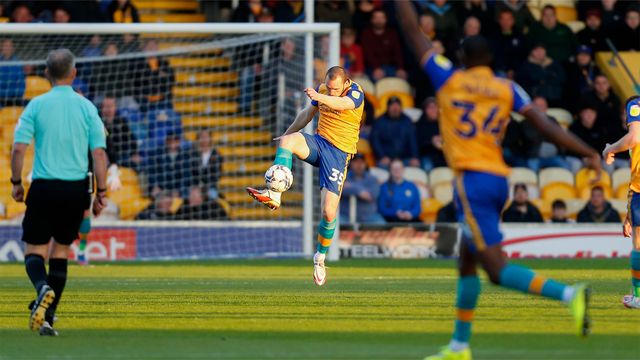