Team news for today's 3pm kick off at Walsall in Sky Bet League Two can now be revealed...

Alex Revell names three changes from Tuesday night, with Sacha Bastien replacing the injured Joseph Anang and Luke Norris and Terence Vancooten returning to the starting eleven. Elliott List misses out entirely, while Ross Marshall drops to the bench. New signing Bruno Andrade has a spot on the bench, while First Year Pro Timmy Smith makes the squad for the first time. 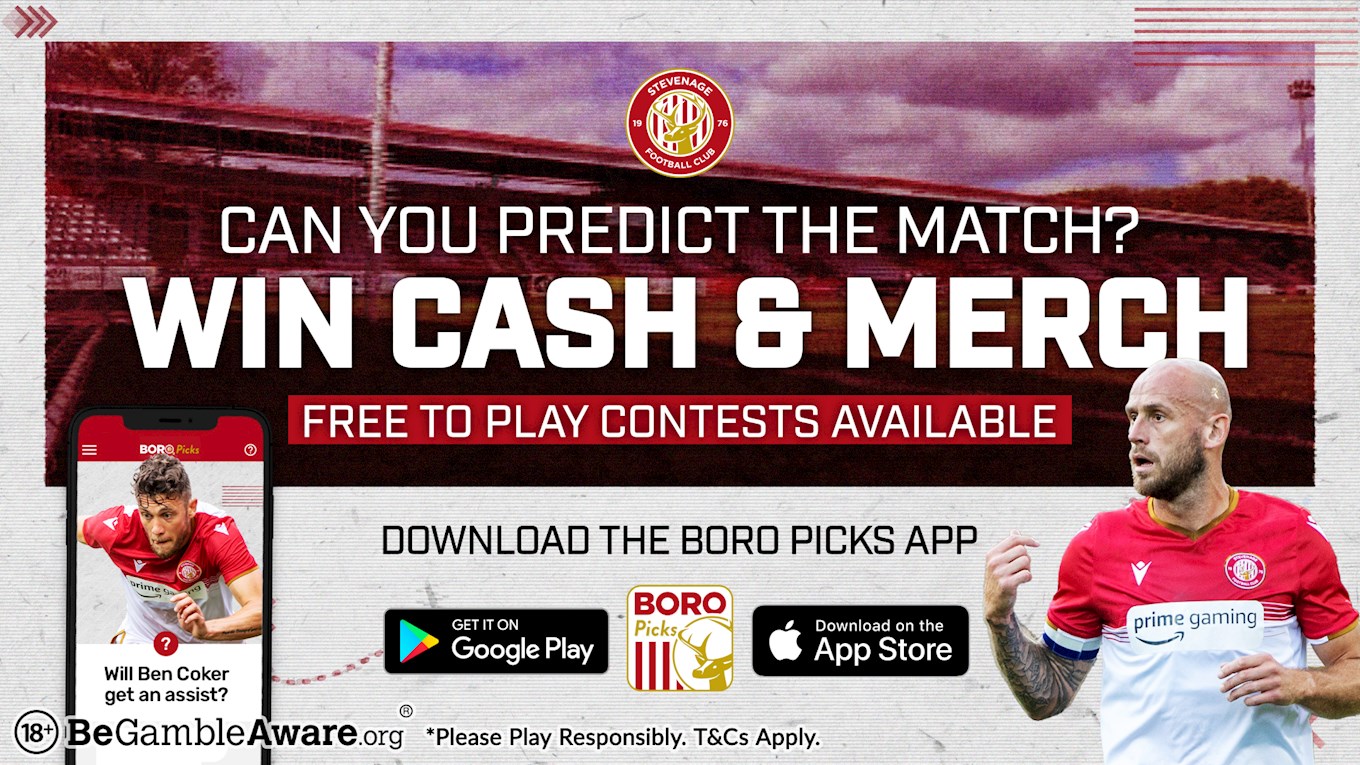 A tough one to take in Walsall…

An early Conor Wilkinson opener was enough for Walsall take all three points from this afternoon’s clash as Banks’s Stadium as a depleted Stevenage squad were unable to find a way through the strong Saddlers defence.

Following Tuesday night’s penalty shootout escapade, Alex Revell was forced into several changes to his starting eleven. The ever-present Joseph Anang missed out for the first time this season due to injury, with Sacha Bastien deputising between the sticks.

Another fall from midweek was Elliott List, who was forced off midway through the second half against Wycombe with a hamstring injury. Luke Norris returned to the starting eleven, partnering Jamie Reid up top.

Within the first five minutes, Alex Revell’s stretched squad were behind. A long ball over the top of the Stevenage defence failed to be dealt with before the Saddlers’ Conor Wilkinson got a hold of the ball to shoot at goal. A fortuitous deflection took the ball into the opposite corner Sacha Bastien was diving towards and could do nothing to keep the ball out. A tough start for Stevenage but know they have come from behind to level in each of their last three outings.

Walsall’s Jack Earing had the opportunity to double the hosts’ lead fewer than ten minutes later, but could only fire over the crossbar moments after Ben Coker’s free-kick hit the wall from the edge of the area.

Stevenage struggled to create any real clear cut chances in the first half, and came closest midway through the first half through Jack Smith. After bombarding forward, Luther James-Wildin had the opportunity to cross into the danger zone. His ball was met by the head of Jack Smith, who forced Walsall’s Carl Rushworth into his first save of the game down to his right.

Half-time could not come soon enough for Alex Revell and his players and as expected, changes were made at the break.

Chris Lines replaced Jack Smith in midfield, moving Jake Reeves to the more advanced number ten position. Being higher up the pitch, Jake Reeves look to effect the game more and was right into the action at the start of the second half. Reeves’ pass found Ben Coker, whose cross was cleared only to the feet of Jake Taylor – whose shot deflected just wide of the mark.

Stevenage had started the second half on the front foot but were still seldom testing Carl Rushworth in the Walsall net. Jake Reeves went close with an effort over the crossbar from a short free kick before the midfielder then went closer once again with a low driven shot from the edge of the area.

With fifteen minutes to play, Stevenage continued to look the more likely side to score the next goal. Arthur Read showed his skill to beat his man inside the area, drilling the ball across the face of goal towards Luke Norris. Norris may have felt hard done by not to have won a penalty, after it appeared his was dragged down before the ball reached him.

Minutes later, James Daly and Bruno Andrade entered the fold in the latter’s first Stevenage appearance since 2015. The two substitutions added pace and creativity to the Boro attack, but Walsall remained resilient and were sweeping up any potential danger Stevenage threatened.

Bruno Andrade went close in the final minute of the ninety, as his left footed strike curled towards goal before falling agonisingly wide of the far post. Stevenage continued to hunt for the all-important leveller all the way until the final kick, but just could not find their way through.

A tough result to take for Alex Revell’s men, as Stevenage return to The Lamex Stadium for the next two in the test of Tottenham Under 21s and Swindon Town.

Tickets are available to purchase online in advance of the game from www.borotickets.co.uk and the Stevenage FC Club Shop at the following prices:

Online ticket sales will go offline at midday on Wednesday 25th August, while sales in the Club Shop stop at 4pm on Friday 27th August.

Disabled supporters are charged at full price for their age category and are entitled to a free carer’s ticket.

Please note, match tickets are also available to purchase on matchday at an increase of £2.

Parking is available at Banks’s Stadium priced at £5 per car, £6 per minibus and £12 for coaches.

The Stevenage FC Supporters Association coach will be departing The Lamex Stadium at 10:30am on the day of the game, so please ensure to arrive with time to spare in order to confirm a scheduled departure. Tickets cost £25 (£20 concessions) for SA members and £30 (£25 concessions) for non-members. 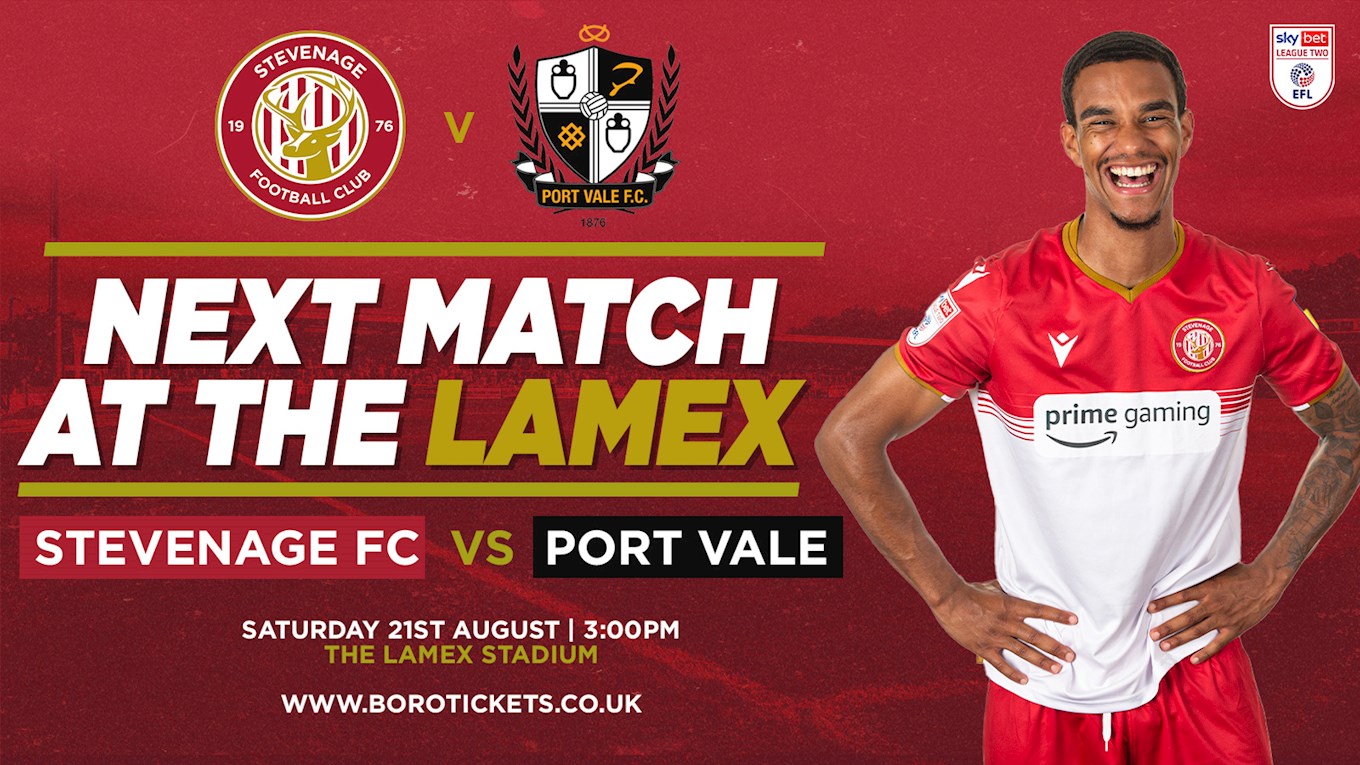 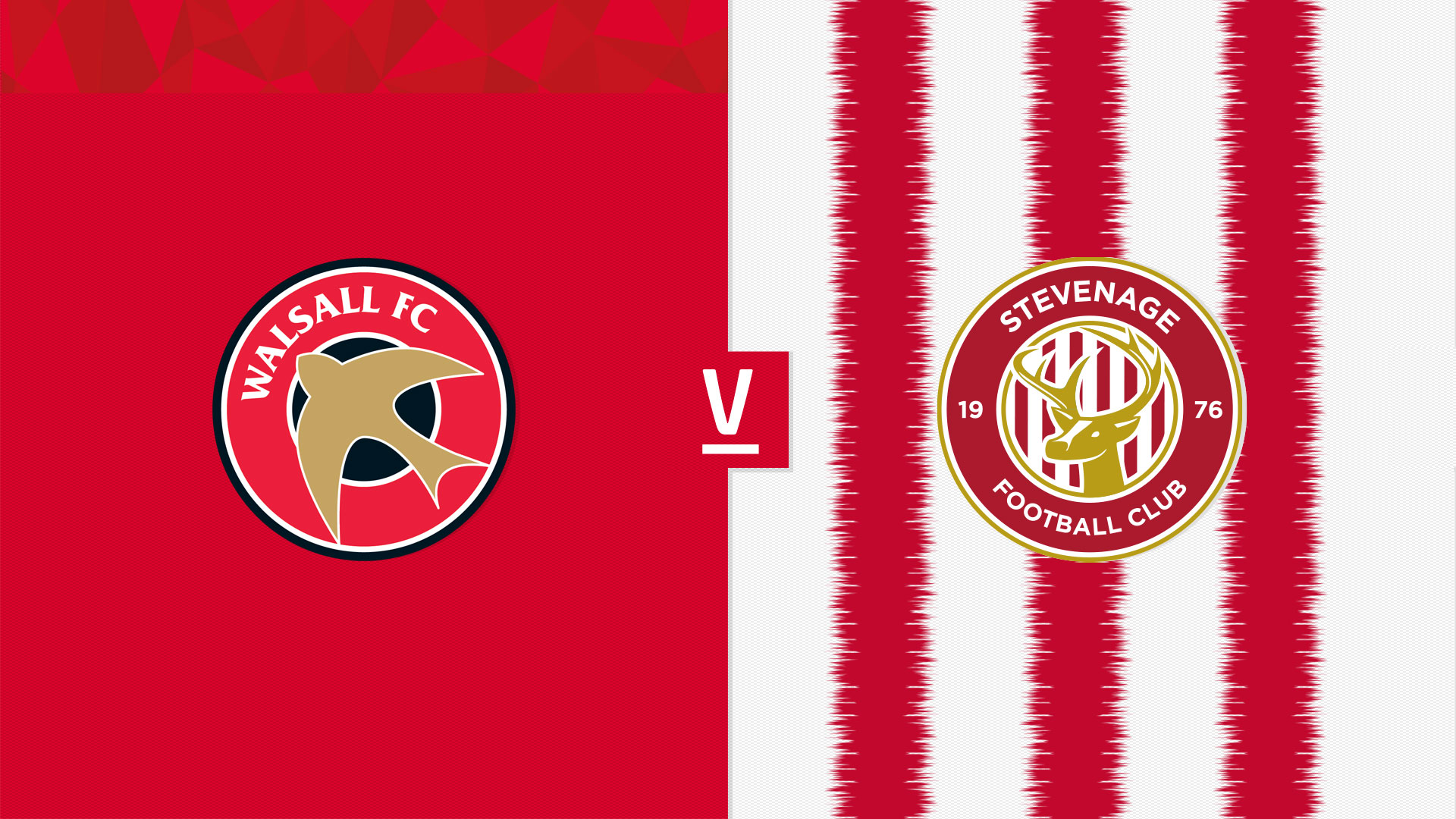 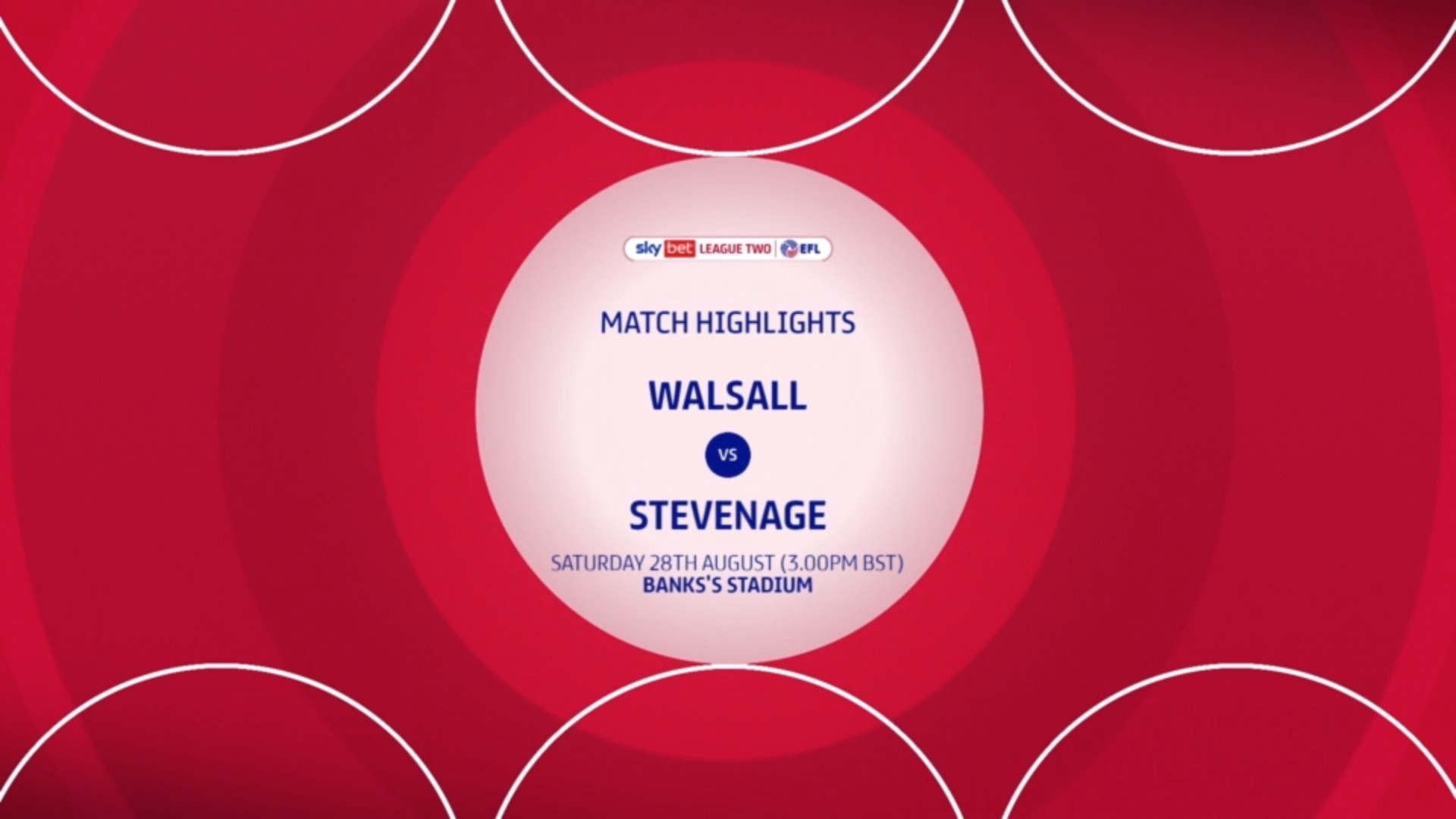 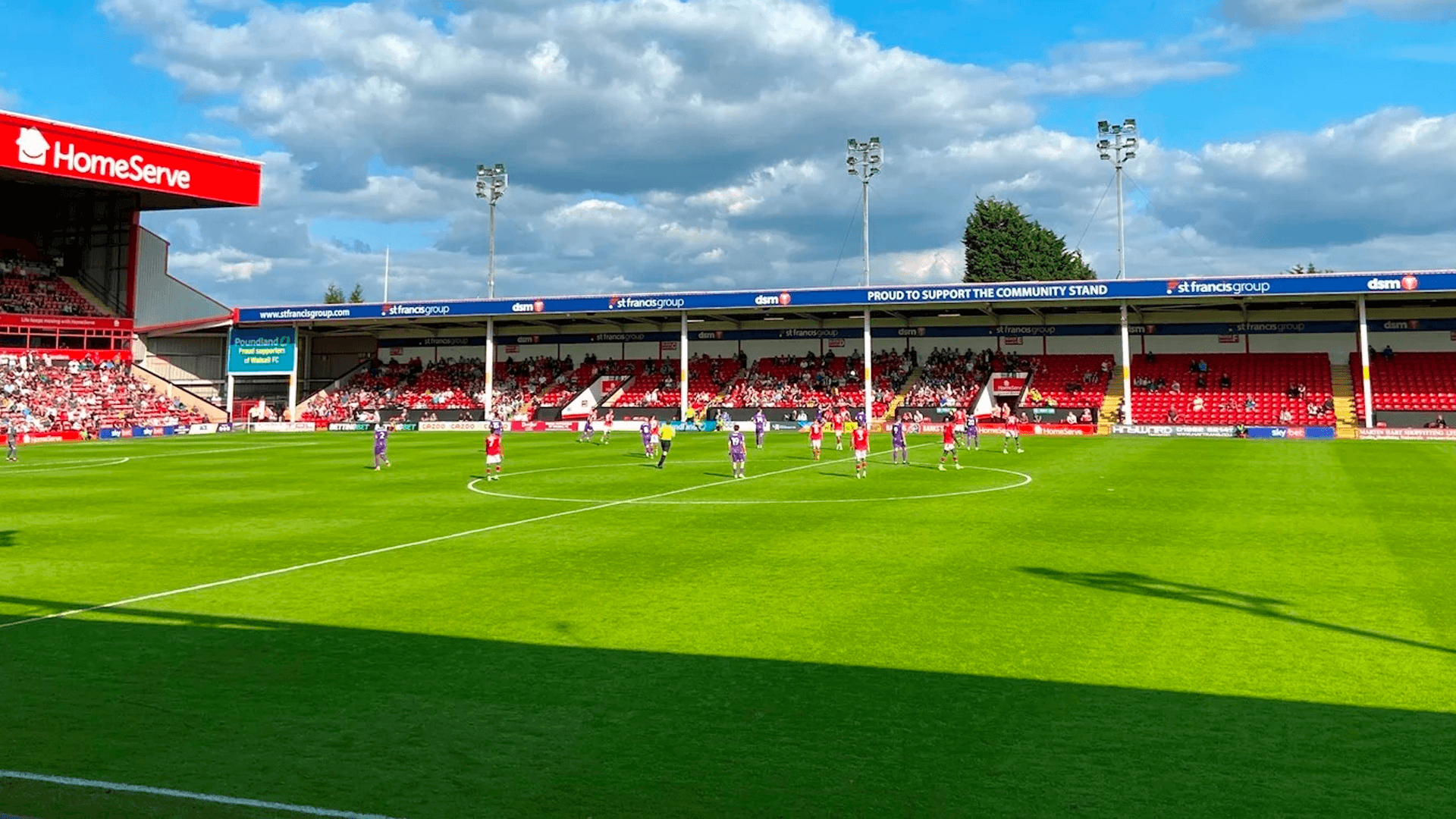