Jordan Turnbull’s header is the difference as Salford walk away with three points, leaving Stevenage frustrated and feeling as if they deserve more…

Paul Tisdale’s men made the long trip to Greater Manchester in hopes of returning to winning ways in the league. His side consisted of four changes from defeat to Carlisle with Adam Smith, Bruno Andrade, Scott Cuthbert and seventeen-year-old debutant, Owen Cochrane coming into the team.

It was clear from the start that Tisdale had opted for a 4-3-3 formation with a midfield of Jake Taylor, Jake Reeves and Chris Lines. In front of them were Elliott List and Bruno Andrade, who were either side of Luke Norris.

It was Stevenage to get the first real chance of the game as, after five minutes, Luke Norris latched onto the ball inside the area before firing straight at Tom King.

A minute later, Boro were on the front foot once again as a rapid counterattack ended in Elliott List being fouled just outside the Salford area by Ash Hunter who was booked in the process.

Then, it was Salford’s turn to attack as Ash Hunter whipped in an incredibly dangerous ball, but it went over everyone’s head. A minute later, Smith was challenged for the first time as a long-range effort forced him to stretch out and save.

After twenty minutes, the contest was very end to end with both sides creating some decent chances. Elliott List’s headed effort looked as if it was creeping in, but the ball ended up going out for a corner.

Just before the half-hour mark, Salford created a couple of chances as they aimed for the first goal of the game. First, Conor McAleny’s tame effort rolled just past the post before Ash Hunter’s curling attempt was well caught by Adam Smith.

On the thirty-fourth minute, the hosts went in front. The Ammies won a free kick on the left-hand side just outside the box as Ash Hunter stepped up to take. He delivered a pinpoint ball into the Stevenage area, leaving Jordan Turnbull to simply nod home to grab the lead.

The rest of the half went mostly Salford’s way as they looked to double their lead but neither side could make a crucial chance before the half-time whistle. The home side went into the break one goal ahead as Stevenage were forced to reconsider.

Five minutes into the second half, Stevenage came close to grabbing an equaliser as Bruno Andrade’s cross fell to Elliott List who confidently turned to face the goal but failed to get power behind his shot.

Paul Tisdale made his first change soon after as Jamie Reid replaced Chris Lines in attempt to fight back. This clearly sparked a flame in the side as the next five minutes would be all Stevenage.

Bruno Andrade came extremely close on the hour mark as he comfortably touched the ball down, giving himself enough time to fire towards the top corner, but King superbly denied.

Roughly ten minutes later, Luke Prosser found his name in the referee’s book after putting an end to a dangerous attack outside the Stevenage area. The resulting free kick was aimed at goal, but Adam Smith calmly collected.

With just ten minutes to go, Stevenage remained behind but tried everything they could to crawl back. Tisdale brought off youngster Owen Cochrane who did exceptionally well, coming into the side at such a young age. It was Elliot Osborne who replaced him.

Salford almost doubled their lead late on as Jason Lowe’s powerful effort caused Adam Smith to parry the ball before jumping to collect.

With a minute to go, a long ball was played over to Elliott List whose pace allowed him to get on the end of it but the defence forced him wide as his shot was blasted over.

This ended up being the final chance of the game as Salford took all three points, leaving Stevenage to feel as if they deserved more. Now to Boxing day, as Boro return to The Lamex for a clash with Crawley Town.

Attendance was 1,375 with 67 travelling Stevenage fans.

Kicking off at 3pm, Stevenage's final game before Christmas sees them come up against Gary Bowyer's Red Devils. Tickets are available to purchase from www.borotickets.co.uk, the Stevenage FC Club Shop and from the Peninsula Stadium on the day of the game at the following prices:

Concessions are those aged between 16-21 inclusive or 60 and over on the day of the game. Supporters who claim higher-rate DLA or enhanced PIP should pay the appropriate rate & are entitled to a free carer's ticket.

Online ticket sales for delivery will come off sale at 10am on Tuesday 14th December, but will still be able to collect or purchase from the Stevenage FC Club Shop until Friday 17th December at 4pm.

Please note, there will not be a Stevenage FC Supporters Association coach running for this game. 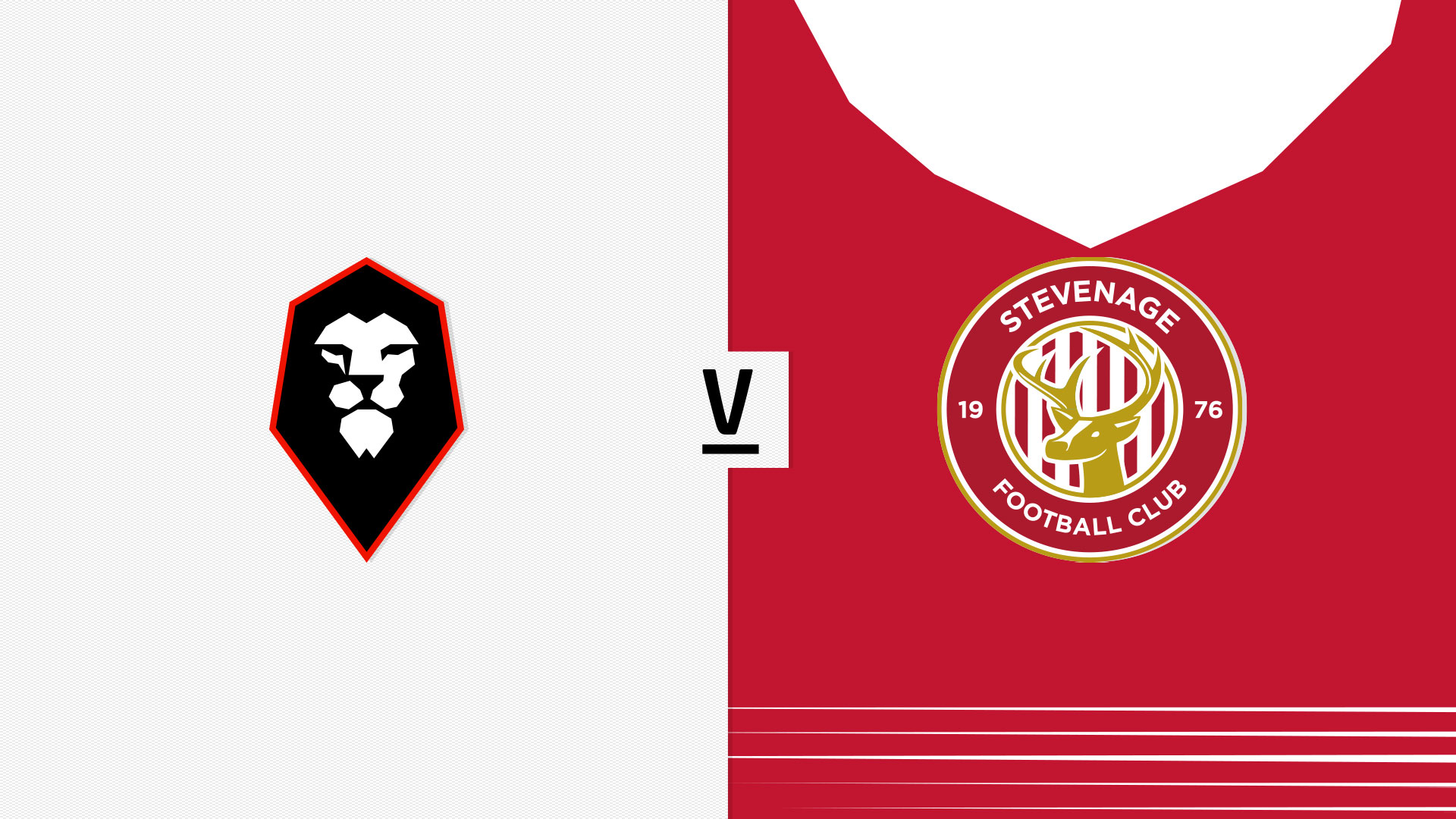 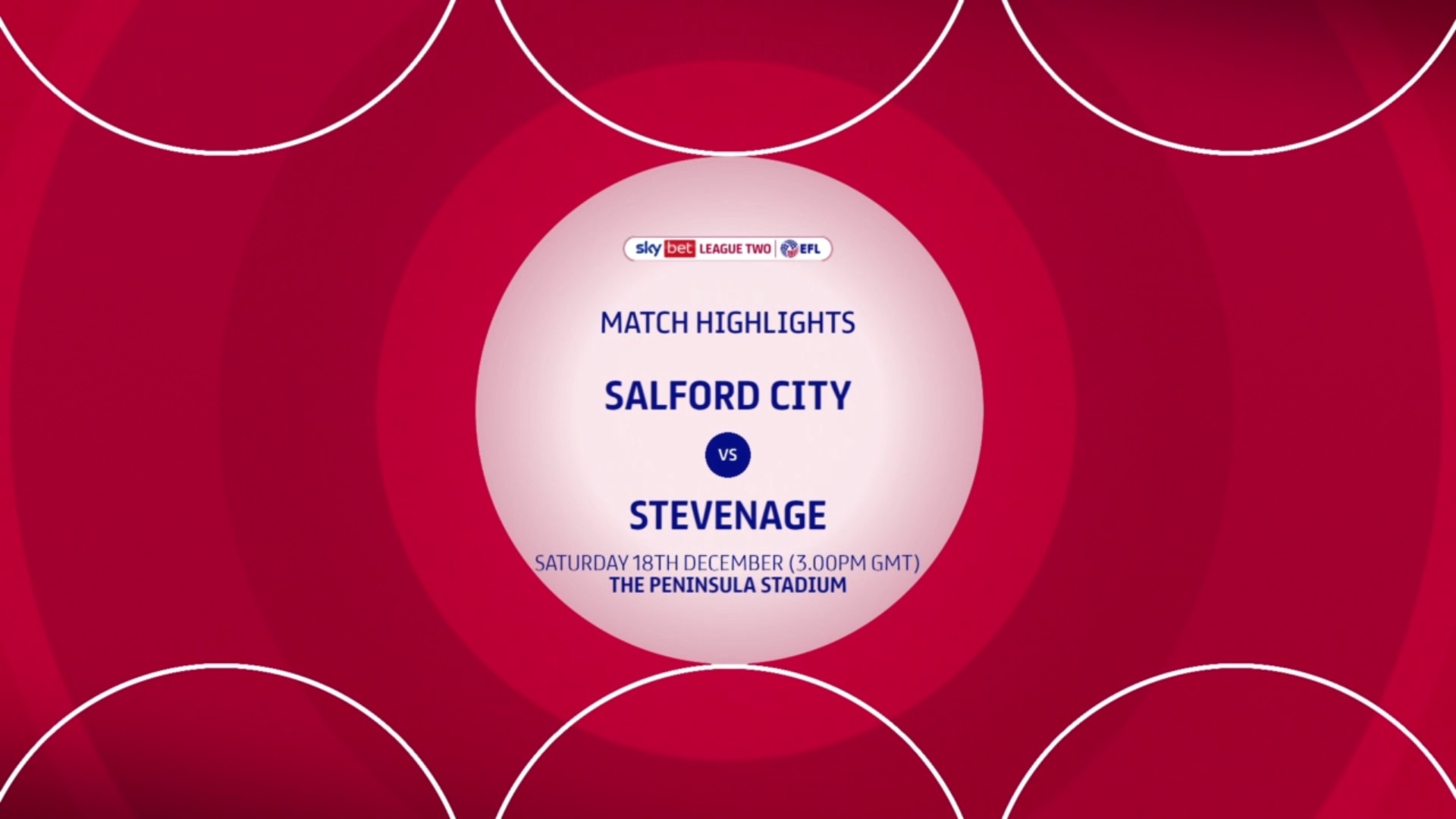 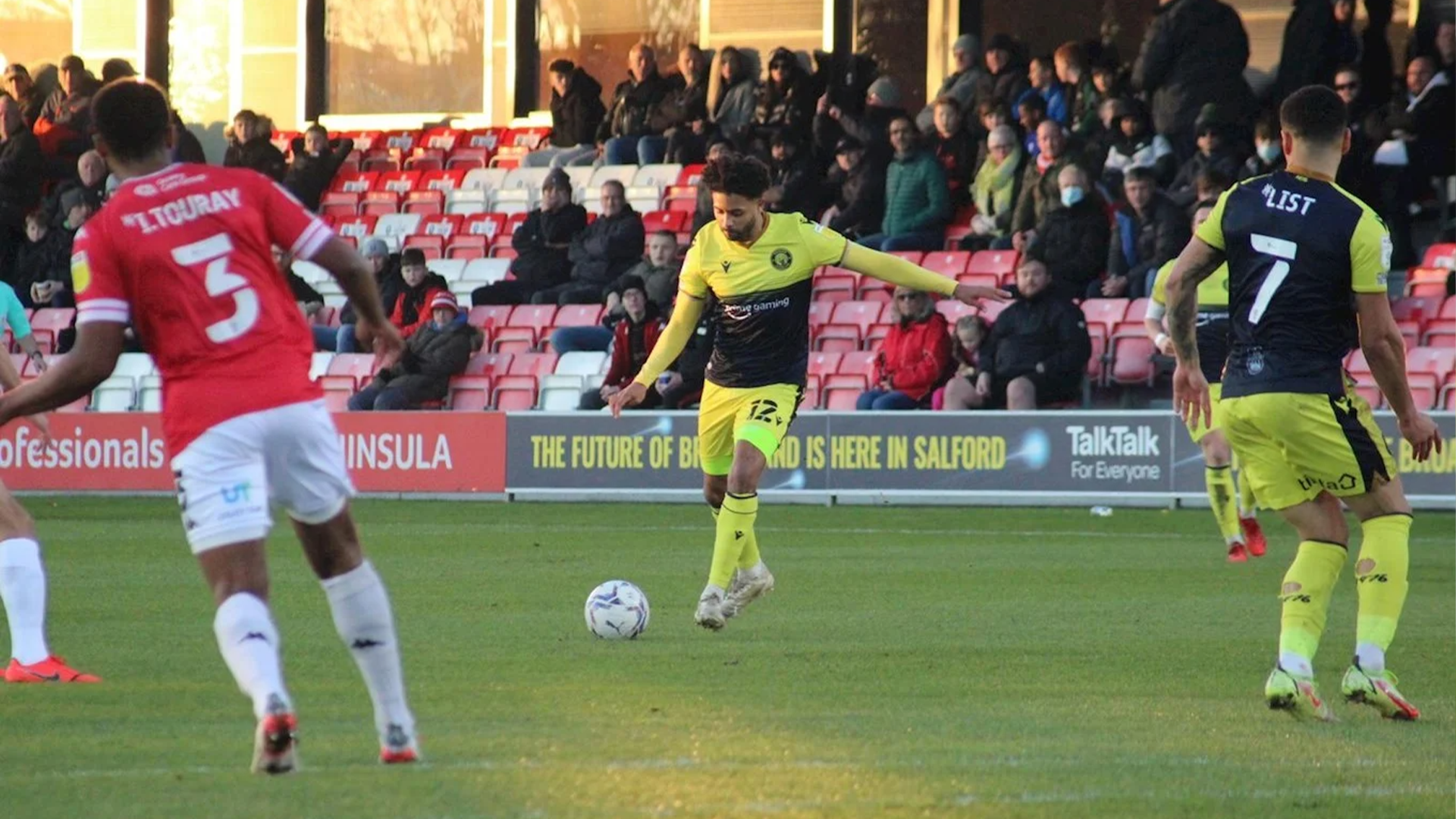