After Tuesday’s draw to Scunthorpe at The Lamex Stadium, Paul Tisdale named two changes to his side, with Joseph Anang and Arthur Read replacing Adam Smith and Jamie Reid. Going into this game, Stevenage were sat 21st in the table, with Carlisle just on their tail in 22nd. Therefore, both sides were desperate for a big result in order to climb the table.

It was an energetic start for both teams as they looked to attack the opposing goal early doors. The visitors got the first chance of the game on the second minute as Brennan Dickenson fired into the side-netting after a cross into the box. Then, just a minute later Luke Norris headed a Ben Coker cross just over the bar.

After six minutes, the high intensity continued as Stevenage won a free kick on the edge of the area which also resulted in a yellow card for Kelvin Mellor. Chris Lines laid the ball off to Luke Norris whose effort deflected off the wall and out for a corner.

Eight minutes later, Stevenage had yet another early chance on goal as the ball fell to Jake Taylor on the eighteen-yard line. The midfielder touched it past the defender before attempting an impressive shot with the outside of his boot which looked destined for the top corner. However, Mark Howard did well to get across and deny the effort.

Stevenage enjoyed an exciting first half an hour, having the majority of the possession and really challenging the energy levels of the visitors with quick passages of passing play. However, the score remained level as neither side could find a way to break the deadlock.

Soon after, Stevenage created arguably their best chance of the game so far. A nice passing move ended up at Jake Reeves feet who crossed the ball into the area. Ben Coker met the cross at the back post and headed the ball just across the face of the goal to Elliott List who couldn’t get enough on it.

With seven remaining of the first half, it was Carlisle’s turn to try and open the scoring. Danny Devine took aim, but his deflected effort was comfortable enough for Joseph Anang.

Three minutes later, Stevenage broke on the counterattack with the ball at Luke Norris’ feet. Norris played the ball into List whose first-time deflected effort was superbly tipped over the bar.

Just moments before half-time, Carlisle took a surprising lead. Sam Fishburn’s free kick was whipped into the area and met the head of Kelvin Mellor. His header was parried, leaving Jon Mellish the simple job of tapping in, putting the visitors ahead. This turned out to be the final chance of the half as Carlisle went into the break the happier side.

The opening ten minutes of the second half completely contradicted the beginning of the game as the pace started to slow down. Stevenage had a lot of the ball but struggled in the final third. There were appeals for a penalty as Elliott List appeared to be brought down by Howard in goal, but the referee dismissed.

A penalty was soon given, but at the other end of the pitch. Former Boro loanee, Jordan Gibson was fouled by Luke Prosser who went off with an injury seconds later. It was Gibson to step up and Gibson to score, comfortably putting the ball in the back of the net and doubling Carlisle’s lead.

Stevenage had a chance to get one back four minutes later as they won a free kick on the edge of the Carlisle area. Jake Reeves took aim but fired just over the crossbar.

With just over ten minutes to go, Stevenage looked absolutely desperate to crawl one back in order to give themselves any chance of a result. However, Tisdale’s men failed to create a real goal-scoring opportunity as the referee blew his whistle, putting an end to a rather disappointing afternoon for Stevenage. Carlisle move up to 21st whilst Boro drop to 22nd.

Kicking off at 3pm on Saturday 11th December, Paul Tisdale is aiming for his first win at Boro manager with the visit of Carlisle United to The Lamex Stadium. 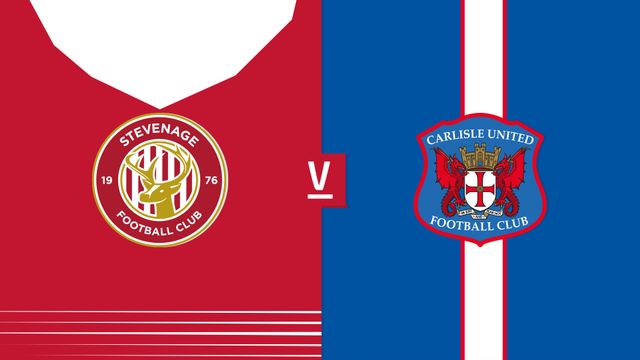 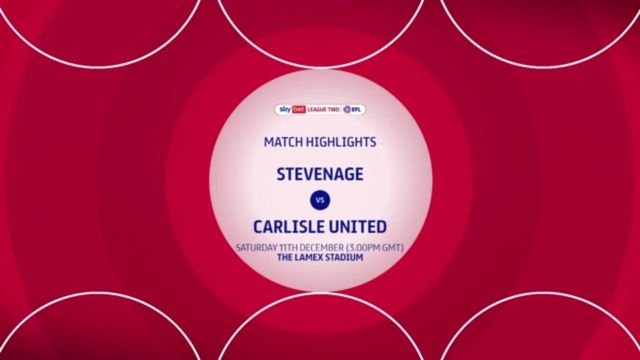