Stevenage looked to get back to winning ways in the league against a Port Vale side unbeaten in seven games. Paul Tisdale named four changes from defeat last weekend as Luther James-Wildin, Luke Prosser, Elliott List and Zain Westbrooke returned to the starting eleven.

Boro lined up with a back three of Scott Cuthbert, Luke Prosser and Terence Vancooten with Luke O’Neill and Luther James-Wildin as the full-backs. In front of the defence was a midfield duo of Zain Westbrooke and Ed Upson behind a front three of Jake Taylor, Luke Norris and Elliott List.

The Valiants were immediately on the front foot and broke the deadlock just six minutes in. James Gibbons whipped in his free kick from the left hand side over to the back post as the ball was flicked on and found its way into the back of the net.

Over the next ten minutes, Stevenage began to find more of the ball but ultimately the Valiants remained strong and didn’t allow Tisdale’s men to create any threatening chances.

On the half hour mark, Vale came close to getting a third. Ben Garrity managed to leap above everyone else to nod on a corner, but Christy Pym did well to get two safe hands on the ball. This turned out to be the final real chance of the half as Boro went into the break two goals down.

At half-time Paul Tisdale introduced two substitutions as Charlie Carter and Brad Barry replaced Scott Cuthbert and Luke O’Neill respectively. The Boro backline changed back to a traditional back four with Barry slotting in at right back.

Charlie Carter almost impacted the game immediately as he picked up the ball on the edge of the box, but his effort flew just high of the crossbar. Soon after Boro were on the front foot once again but despite a promising move in and around the Vale area, no shot was able to come from it as the danger was cleared.

With just over twenty minutes to go, Arthur Read was brought on for Elliott List who is yet to play a full ninety minutes since returning from injury. Read slotted into an attacking midfield position alongside Zain Westbrooke.

The Valiants almost got their third goal of the game as the ball was delivered into the box from the left-hand side with David Amoo on the end of it, heading inches wide of the post.

Stevenage attempted to halve the deficit with just under ten to go as Zain Westbrooke laid the ball off to Jake Taylor whose effort was blocked. Boro then earned a free kick on the edge of the area, but the cross was headed out and eventually cleared.

Stevenage certainly looked the brighter side in the second half but ultimately Port Vale’s two first-half goals made the difference. The referee soon blew for full-time as Boro walked away from Vale Park disappointed. Now onto next weekend as Tisdale’s men take the short trip to East London to face Leyton Orient.

Match tickets are on sale for Boro's trip to Port Vale on Saturday 26th February 2022...

Match tickets are available to purchase online at www.borotickets.co.uk, from the Club Shop open Thursdays & Fridays 10am-5pm, and from the Away Sales Kiosk on the day of the game (cash only & £2 increase).

Ambulant and wheelchair disabled are charged at appropriate rate with carer free of charge.

Tickets are available from the Club Shop until 4pm on Friday 25th February, and online until 11.59pm on Monday 21st February 2022.

The Stevenage FC Supporters Association coach will be departing The Lamex Stadium at 10.30am on the day of the game, so please ensure to arrive with time to spare in order to confirm a scheduled departure. Tickets cost £25 for SA members and £30 for non-members.

Trains run to the main Stoke-on-Trent station. From there, you can catch a bus (30 minutes) to Burslem town centre. The stadium is situated on Hamil Road (8 minute walk).

Or, catch the train to Longport station which is a 25-minute walk to Vale Park. 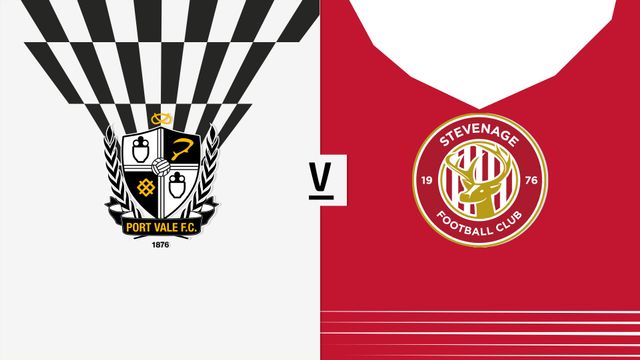 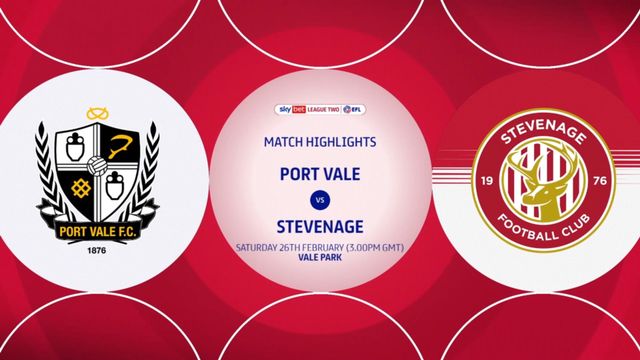 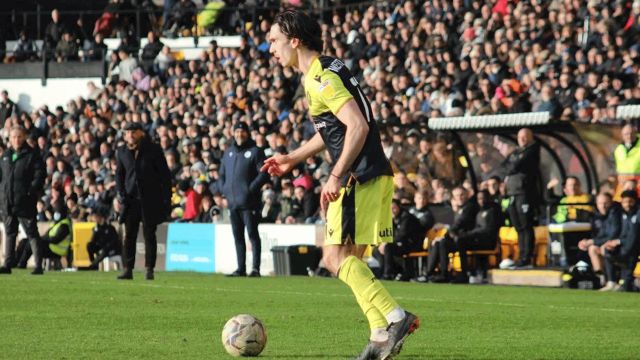