Paul Tisdale named three changes from Saturday’s comeback in Crawley as Bruno Andrade, Charlie Carter and Terence Vancooten came into the side, replacing Jamie Reid, Luke Norris and Luke Prosser. Top scorer Elliott List returned to the squad on the bench after a few weeks out with injury.

Bradford appeared to be the brighter side in the opening ten minutes with several balls being delivered into the Stevenage area, but no major chances were created.

Boro found their first chance of the game fifteen minutes in as a free kick ended up at the feet of Ed Upson who lofted the ball over the Michael Bostwick, but his header fired over the bar.

Stevenage began to grow into the game but ultimately it was Bradford piling on the most pressure. Paudie O’Connor attempted to turn and shoot but the tame effort was easily collected by Christy Pym. Just before the half-hour mark, Boro remained on the back foot. A Bradford ball was delivered into the box with Nathan Delfouneso rising highest but heading just over.

Stevenage were forced into an early change soon after as Ed Upson picked up a knock and was replaced by Elliott List who received an ovation from the Boro support. Charlie Carter moved out wide with Jake Taylor sitting in the central midfield role.

Yet another ball was sent into the Stevenage area, but The Bantams failed to break the deadlock with the header flying over the bar once again. In the two additional minutes of the first half, Bradford had the closest chance of the game so far as Jamie Walker’s close-range tap-in looked destined for the net, but Pym did well to deny.

The opening moments of the second half looked a lot more promising for Stevenage as the Bradford defence were on the back foot. Terence Vancooten won a header in the box which fell to Michael Bostwick, but Alex Bass miraculously kept the score level.

Ten minutes into the second half, the visitors took the lead. Jamie Walker received the ball to feet in the area from a flick-on before striking low and hard past Christy Pym to put his side in front. Stevenage looked to reply immediately as Charlie Carter touched the ball down with his chest in the Bradford box, but his effort flew wide of the post.

Tisdale introduced his second change of the evening as Chris Lines replaced Michael Bostwick in a like-for-like midfield substitution. Seconds before the change, Bostwick picked up a yellow card for a late challenge on goal scorer Jamie Walker.

Stevenage came close to grabbing an equaliser soon after as Scott Cuthbert delivered a pin-point long ball over to Zain Westbrooke who, from the byline, laid it back to Bruno Andrade but the shot was aimed straight at Alex Bass. Arthur Read then replaced Charlie Carter.

With ten minutes remaining, Boro were on the front foot as they looked desperate for an equaliser. Bruno Andrade turned and shot from the edge of the box, but his effort was deflected out for a corner.

With just three minutes to go, Arthur Read’s powerful left-footed area inside the box looked destined for the back of the net but Alex Bass managed to pull off a superb save to keep his side in front.

Unfortunately for Boro, Derek Adams’ men managed to see out the remainder of the game as the referee blew his whistle, putting an end to a disappointing evening at The Lamex Stadium. Stevenage now travel to Barrow this Saturday in the hopes of returning to winning ways.

Attendance this evening was 1953 with 332 away supporters.

Derek Adams' Bradford City are next to visit The Lamex Stadium on Tuesday 8th February 2022...

Kicking off at 7.45pm, Paul Tisdale's men will be looking continue thier good run of form, after picking up three wins from the last four at The Lamex Stadium.

Away supporters can purchase tickets direct from Bradford City by clicking here. 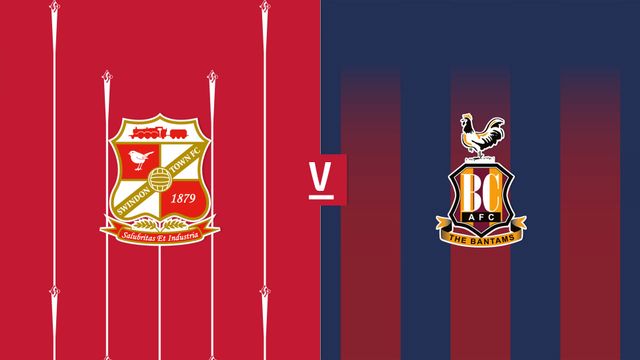 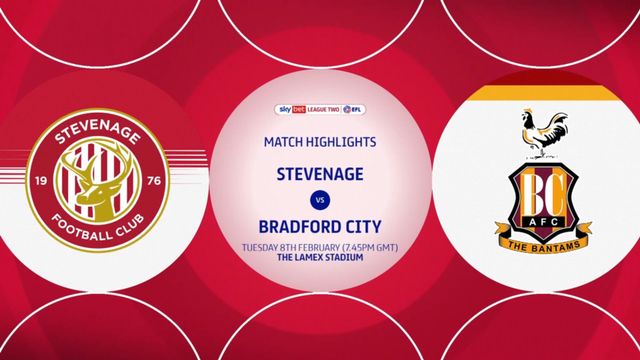 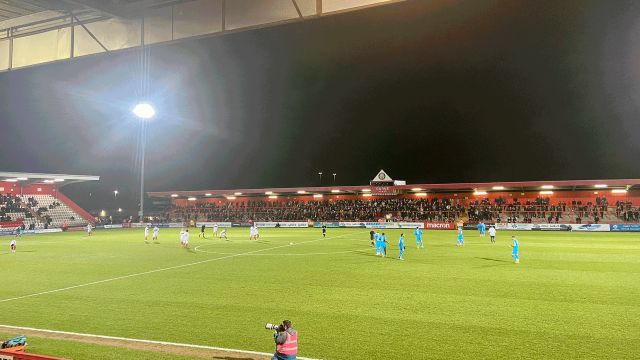