Paul Tisdale’s men look to kick 2022 off in a positive way by picking up vital points against an extremely strong side in Forest Green. The home side are unbeaten in nine league games, having not lost a Sky Bet League Two match since the 9th of October. Despite Stevenage having a match three days before this fixture, this will be Forest Green’s first match for three weeks.

Forest Green were founded in 1889 and spent a lot of their years competing in their local Gloucestershire leagues. In 1975 they were moved up into the Premier Division of the Hellenic League before lifting the title seven years later. That same year, Rovers won the FA Vase at Wembley Stadium. The Gloucestershire club earned themselves back to back promotions and found themselves in the Conference in 1998. They reached the FA  Trophy Final in 1999 and 2001 but fell short on both occasions. In 2010, the club was transformed following investment from green energy industrialist Dale Vince and became the world’s first vegan football club in 2015.

Forest Green were promoted to the Football League for the first time in history in 2017 and have since played their football in Sky Bet League Two. So far this campaign, The Greens have put on a dominant display in the league, winning thirteen of their twenty games, drawing five and losing just two. Under the management of Rob Edwards, Rovers are currently favourites for promotion. Their top scorers this season are Jamille Matt and Matty Stevens with an impressive fourteen each.

Stevenage and Forest Green are two sides who are very familiar with each other, facing off competitively on thirty-six occasions. Boro possess a 39%-win rate, winning fourteen of those thirty-six. Rovers have won nine, with the sides drawing thirteen times. In this season’s reverse fixture, Forest Green came out on top, four goals to nil at The Lamex as Paul Tisdale’s side look to right those wrongs this time round.

Forest Green have played their home games at The New Lawn since 2006. The ground holds a capacity of 5,147 with two seated stands. In 2009, a record attendance was set at The New Lawn when 4836 saw Forest Green lose 4-3 to Derby County in the FA Cup third round. The stadium is considered to be eco-friendly thanks to the club’s owner and chairman Dale Vince.

Paul Tisdale’s men looked to get the new year off to a flyer as he aimed to build on Wednesday’s promising performance in Swindon. The side consisted of just one change from that game with Terence Vancooten replacing Jake Taylor.

It was clear from the start that Tisdale had elected to match Forest Green with the three centre backs of Scott Cuthbert, Luke Prosser and Terence Vancooten with Luther James-Wildin and Ben Coker the wingbacks.

It was a scrappy start from both sides as Stevenage won several free kicks in the opposition half but failed to create a real chance from them. Ebou Adams got the first shot of the game for Forest Green after ten minutes, but his low effort was drilled past the post.

Two minutes later, Rovers’ Nicky Cadden whipped the ball in from a free-kick, meeting the head of Jordan Moore-Taylor whose headed effort bounced over the crossbar.

Then, it was Stevenage’s turn to attack as a quick passage of play on the left-hand side fell to Luke Norris who squared it into the box for Chris Lines, but Luke Mcgee did well to come out and close the midfielder down.

Just after twenty minutes, the match quickened in pace. Elliott List broke forward before slipping in Luke Norris whose ball back across goal was well defended. Then, within seconds Forest Green created an attack of their own as a quick break forward ended up at Josh March’s feet but Scott Cuthbert did exceptionally well to block the shot.

Stevenage created their first clear chance of the game on the half hour mark through a Ben Coker corner. The left-back’s ball was allowed to bounce in the area before meeting Terence Vancooten who headed straight at the goalkeeper.

With five minutes to go until the break, Rovers put the pressure on the Stevenage defence who remained solid and defended well. Kane Wilson picked

up the ball and fired at goal from thirty yards out but blasted inches past the post.

Rovers ended the half with a Nicky Cadden shot which was fired just wide as the referee blew his whistle, putting an end to a scrappy half which would have kept the Stevenage dressing room satisfied.

Boro were forced into their first substitution of the game two minutes into the second half as Elliott List went down holding his leg, requiring treatment. Midfielder Arthur Read replaced the forward.

Ten minutes later Forest Green opened the scoring. A pinpoint cross was delivered into the Stevenage area with Josh March rising highest to nod home and put the league leaders in front.

With Stevenage a goal down, they remained on the back foot as Rovers doubled their lead seven minutes later. Kane Wilson clipped the ball into the box, leaving Jamille Matt with the simple task of tapping in to increase the lead.

James Daly and Charlie Carter were introduced in place of Chris Lines and Luke Norris in an attempt to crawl back. The next ten minutes went Stevenage’s way, but the Hertfordshire side failed to find the back of the net.

With ten to go, Forest Green looked for a third. Jack Aitchison was sent in before firing at Adam Smith who successfully got down to deny.

Five minutes later, The Greens attacked again with Nicky Cadden’s effort bouncing off the post. The ball then fell to Ben Stevenson who blasted high over the bar.

Finally, Jake Young saw his effort denied as Neil Hair blew his whistle signalling the end of a disappointing afternoon. Stevenage come away from the game outside of the relegation zone due to other results going Boro’s way, as Forest Green solidify their place at the top of the league

Kicking off at 3.00pm, Stevenage's first game of 2022 starts up against high flying Forest Green. Tickets are available to purchase from the The New Lawn Stadiumon the day of the game at the following prices:

Disabled supporters’ cost is relevant to the above prices categories with the carer being free of charge. These tickets will need to be purchased from Forest Green directly by calling 0333 123 1889, between 9-3pm Monday, Tuesday. Thursday and Friday.

The Stevenage FC Supporters Association coach will be departing The Lamex Stadium at 10.00am on 1st, so please ensure to arrive with time to spare in order to confirm a scheduled departure. Tickets cost £25 for SA members and £30 for non-members. 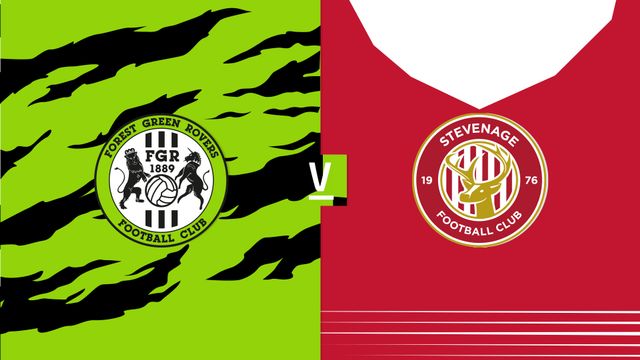 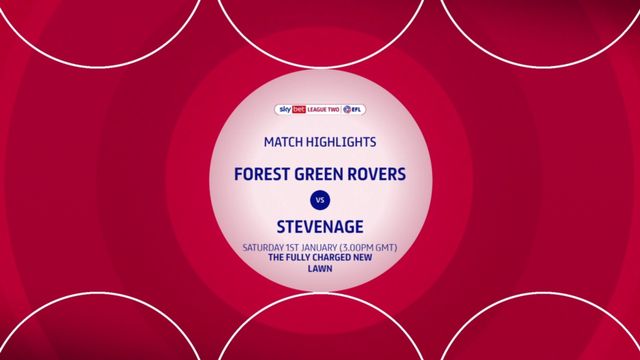 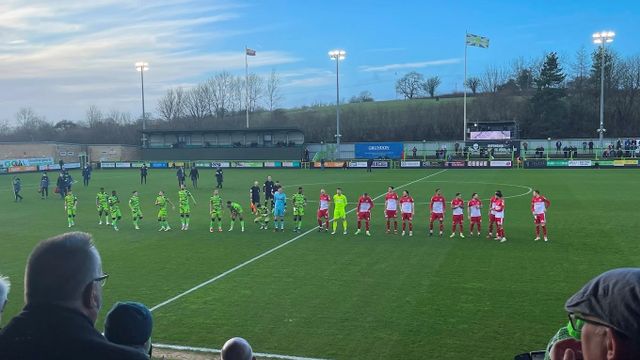