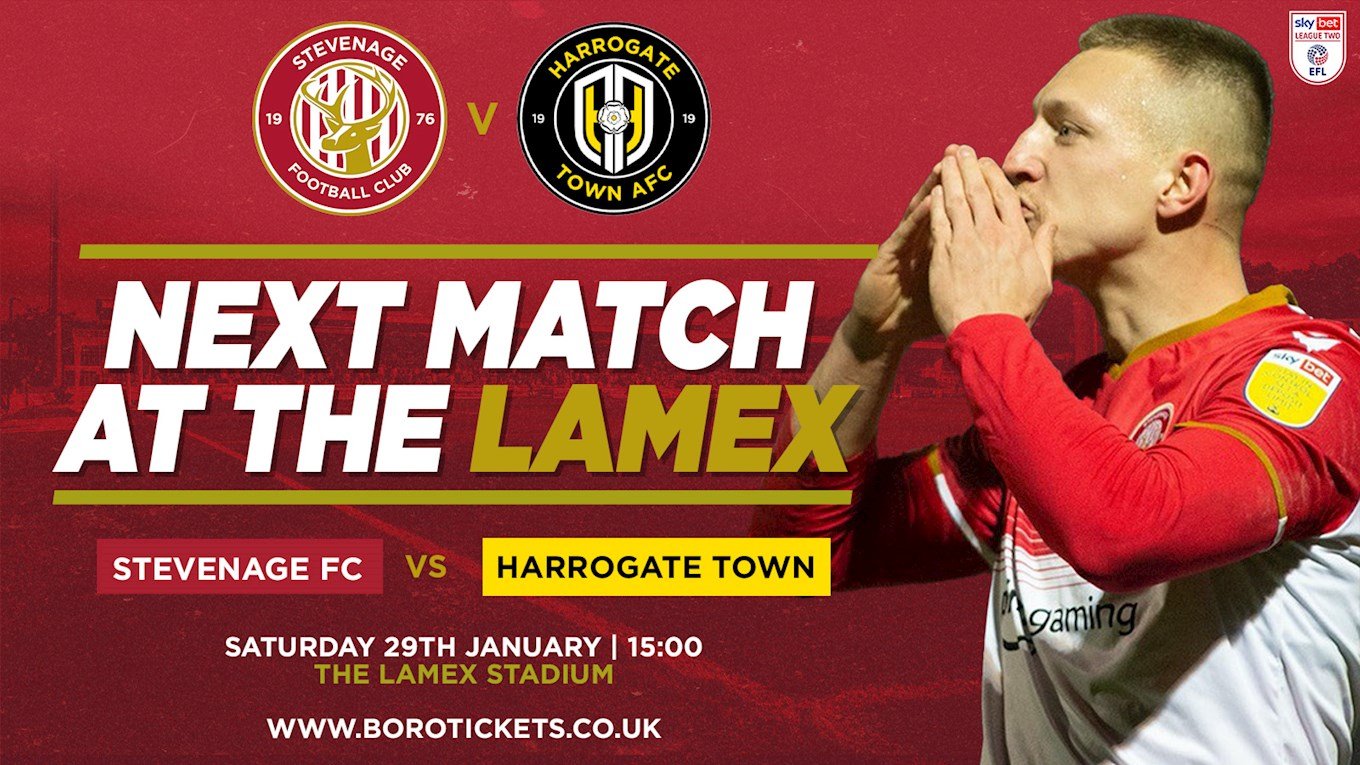 Paul Tisdale named two changes to his side that drew with Hartlepool a week prior as Luke O’Neill and Jamie Reid returned to the starting eleven, replacing Luther James-Wildin and Chris Lines. A win for Stevenage would increase their unbeaten run to five games.

As Boro looked to close out a successful January, they found themselves on the front foot in the opening ten minutes. As a result, it was Stevenage who got the first chance and the first goal of the game. Jake Reeves picked up the ball just outside the area before touching it with his chest and striking it on the volley past Mark Oxley. An incredibly bright start for Tisdale’s men.

The side from Yorkshire failed to create a chance on goal in the opening twenty as Stevenage doubled their lead ten minutes after their first. Luke Norris received the ball from Jake Reeves just inside Harrogate’s half before driving forward and calmly slotting the ball into the bottom right corner. Norris grabbed his eighth goal of the season to the delight of Stevenage fans around the ground.

After Boro’s second goal, the opponents managed to find a lot more of the ball. Despite some pressure, Christy Pym and his back line defended with composure and solidity, denying Harrogate of any real chance on goal. The remainder of the half was quiet with Harrogate becoming increasingly frustrated as Stevenage held on comfortably to go into the break two goals ahead.

The second half got underway as Harrogate began to liven up in the hopes of a comeback. Luke Prosser picked up Stevenage’s first yellow card of the game after tripping up Luke Armstrong outside the area. The resulting free kick was whipped in but headed just wide.

Around the hour mark, Stevenage almost made it three. After a nice passage of play, Terence Vancooten delivered a superb pass over to Luke Norris who attempted a volley with both feet off the ground, but his effort went just wide.

Harrogate were on the front foot soon after as they attempted to cross the ball into the Stevenage box on several occasions but failed to create a serious scare for the hosts.

Tisdale introduced his first substitution of the game as Charlie Carter was brought on in place of goalscorer Luke Norris up top, adding a different element to an already exciting attack.

With twelve minutes to go, Harrogate came close to halving the deficit. Alex Pattison received the ball before his low driven effort was dragged just wide of the post.

However, Stevenage appeared to be too much to handle as the game was soon put to bed thanks to Jake Taylor. The midfielder, who has been playing a more attacking role as of late, picked up the ball on the halfway line before carrying it all the way to the Harrogate box and firing low from the right-hand side past Mark Oxley. Jake Taylor earned his third goal in three weeks to give Boro their third of the afternoon.

Tisdale’s final substitutions were introduced as Bruno Andrade and Ed Upson replaced Jamie Reid and Luke Prosser. Andrade almost found his name on the scoresheet in the final moments, but his shot hit the side netting. The referee then blew his whistle, concluding an exciting afternoon for the home support at The Lamex.

Players, supporters and everyone involved at the club were sent home smiling as Stevenage climbed to seventeenth in League Two, boosting their quest to climb the table further.

Kicking off at 3pm on Saturday 29th January, Stevenage take on Harrogate Town in a bid to continue their good form of late which has seen Boro pick up seven points from the last nine.

Stevenage shared the spoils with the Yorkshire side earlier this season, in a goalless draw at the Envirovent Stadium in September. 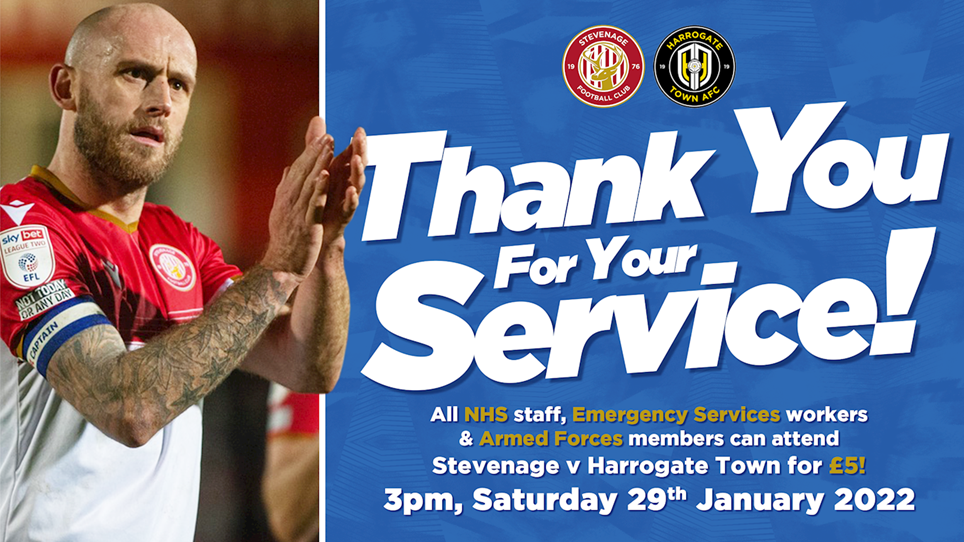 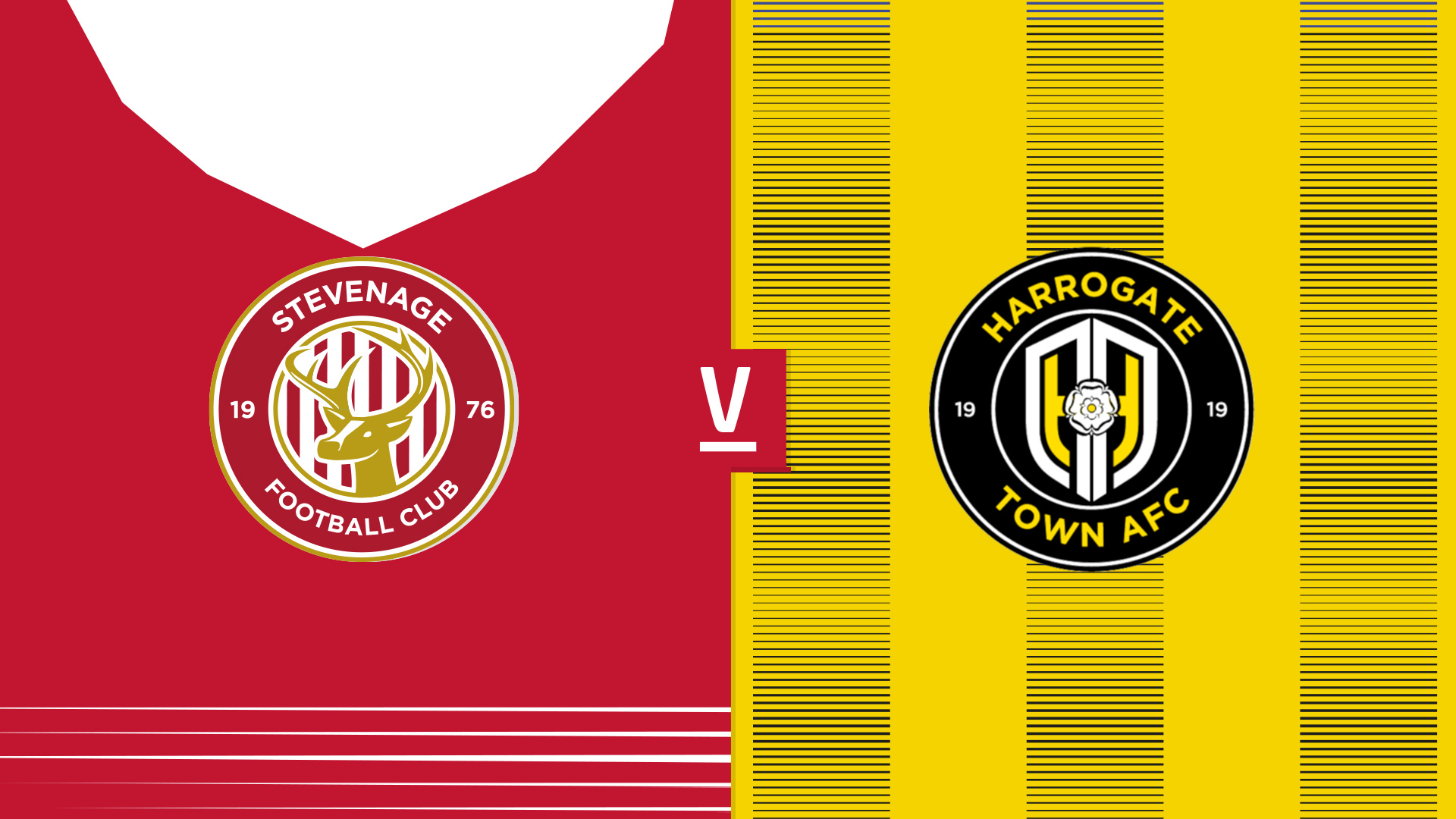 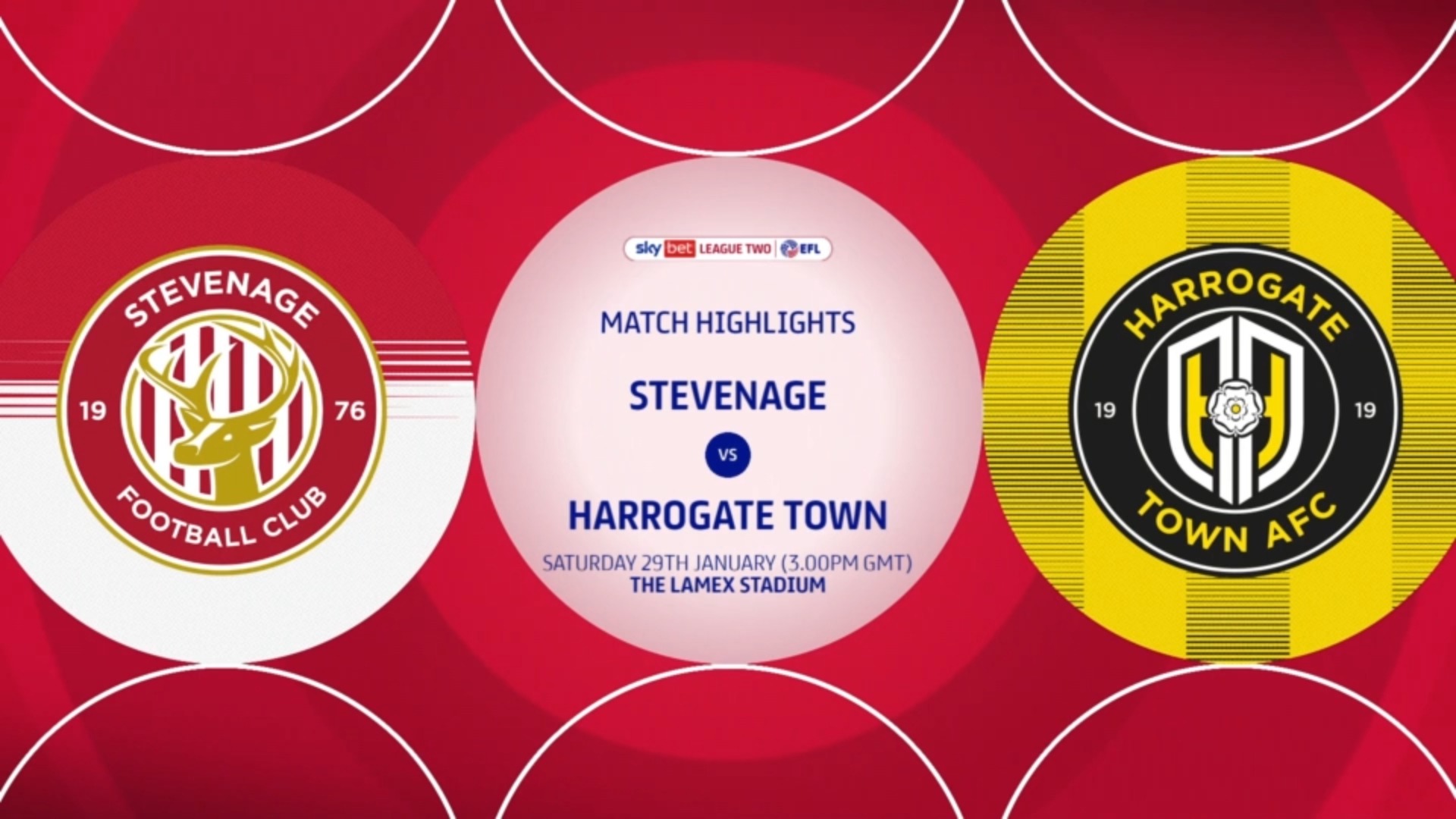 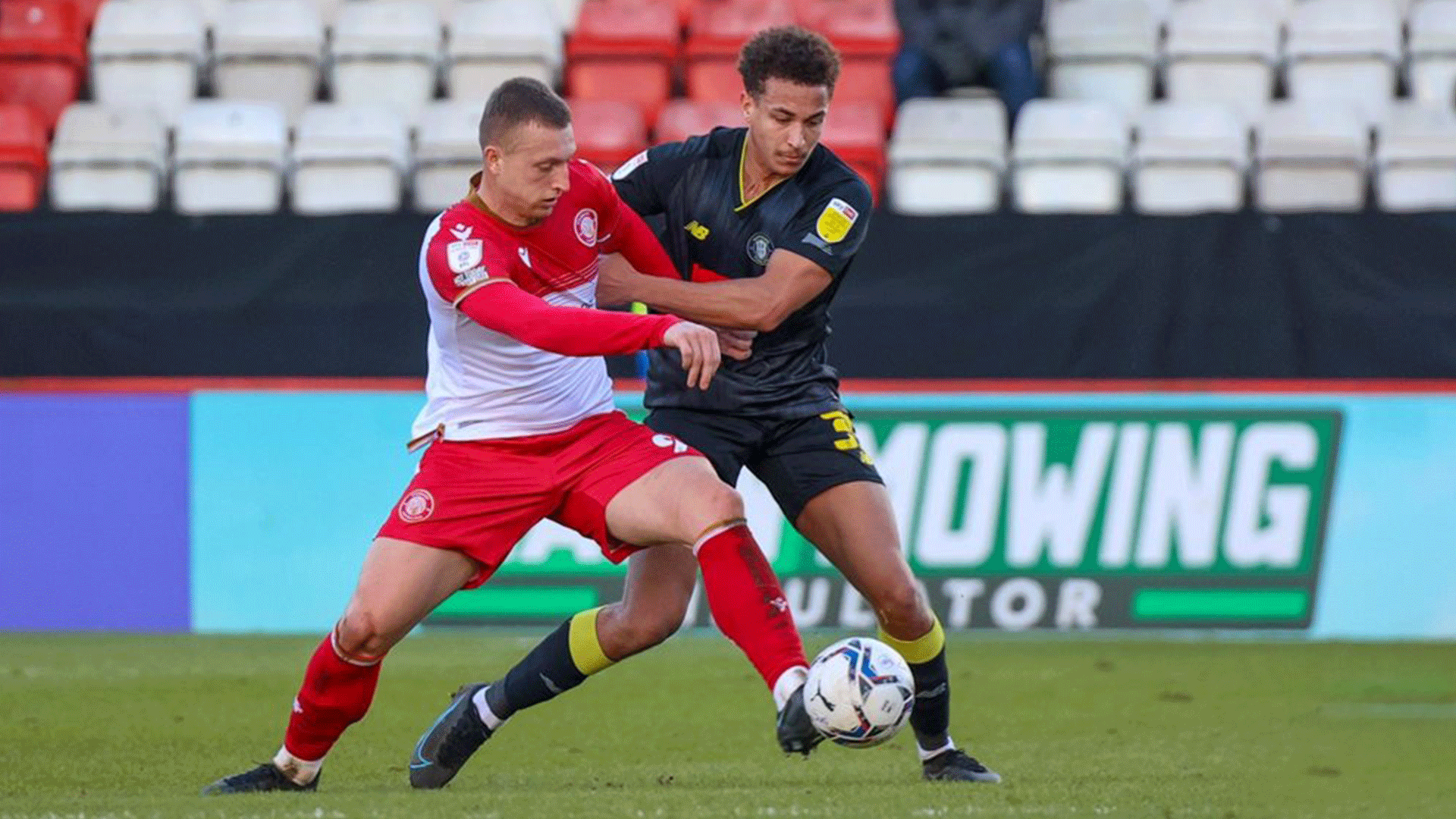