Match tickets for Stevenage vs Sutton United are now available from www.borotickets.co.uk. 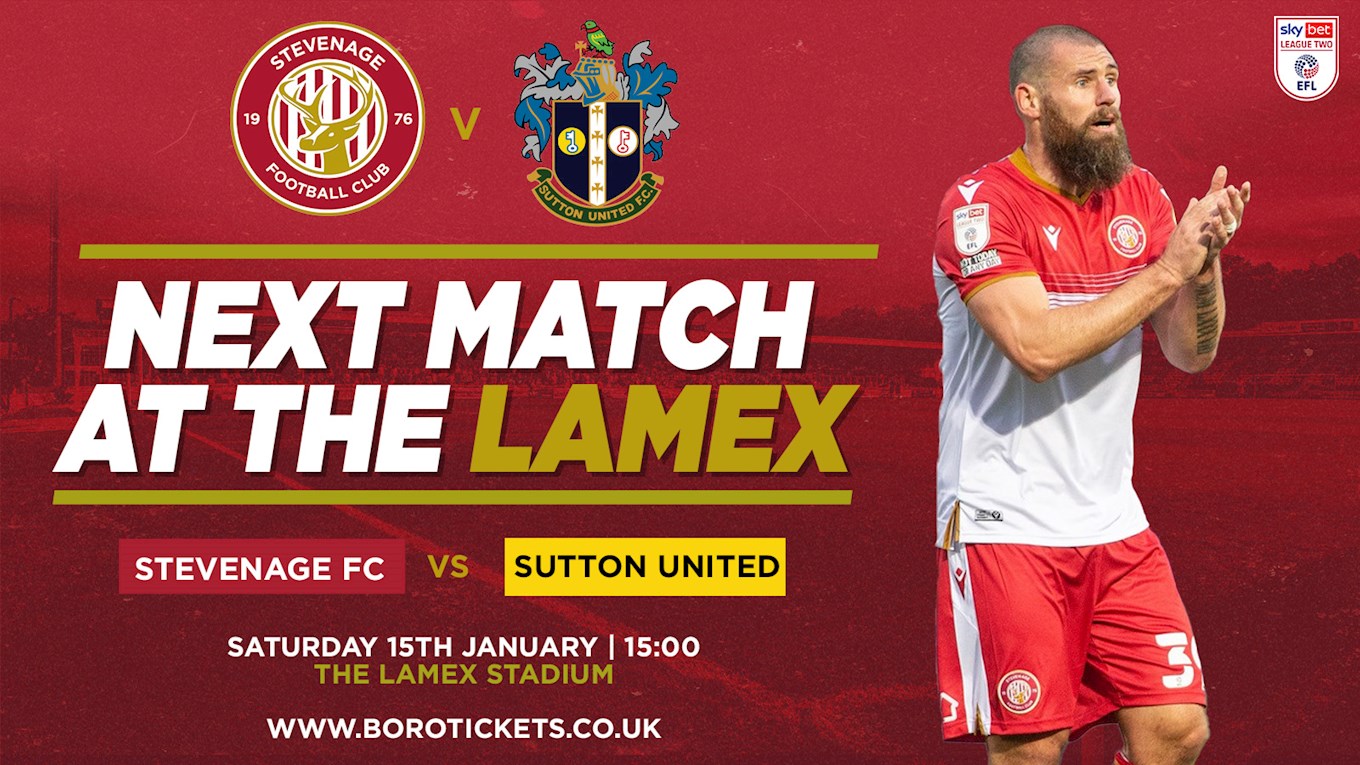 Paul Tisdale’s men looked to build on last week’s dominant display against Walsall, coming out on top three goals to one in that game. The side consisted of three changes from that fixture as James-Wildin, Vancooten and Jamie Reid replaced Bostwick, O’Neill and Andrade.

Five minutes in, Stevenage had their first shot on goal as Jamie Reid picked up the ball just inside the Sutton area before driving forward and slicing his effort low and wide of the post.

Despite Sutton having a lot of the early possession, Boro managed to find a couple chances. Chris Lines played the ball into Luke Norris who slid in Jake Taylor to his right, but his chipped effort was denied by Dean Bouzanis in goal.

The threatening Luke Norris was hacked down on the corner of the box after fifteen minutes resulting in a Boro free kick. It was Ben Coker to whip the ball in as the ball fell to Chris Lines whose effort was simple enough for Bouzanis to collect.

Stevenage were on the front foot yet again eight minutes later as Jake Reeves attempted from outside the area, but Bouzanis did well to get down and deny. It was undoubtedly a bright start for Tisdale’s side.

Sutton created their best chance of the game just after the half-hour mark as Isaac Olaofe broke away and looked destined to score, but his low-driven effort was dragged just wide.

A minute later, Stevenage deservedly broke the deadlock. Luke Norris battled well to win the ball before receiving it back after a combination between Jamie Reid and Jake Taylor. The striker then calmly curled it in the far corner from just inside the area to put the hosts in the lead.

Then, Boro doubled their lead just six minutes later as a free-kick routine straight from the training ground led to Jamie Reid nodding home from the six-yard line. The remainder of the half went Stevenage’s way as the referee blew his whistle, signalling the end of an excellent half for Boro.

The second half started promisingly for Stevenage as after five minutes they came close to grabbing a third. The ball was sent into the area with Jamie Reid getting a subtle touch on the ball, but Bouzanis comfortably saved.

With The Yellows’ first shot on target, Sutton grabbed one back. Alistair Smith’s deflected effort floated into the back of the net past Christy Pym to halve the deficit.

Not long after the hour mark, Stevenage got their third goal of the game in peculiar fashion. Sutton won a free kick in their own half and attempted to play it quickly. However, the free kick was completely misplaced, and the ball fell to Jamie Reid who, after seeing Bouzanis far off his line fired from range with the ball rolling into an empty net.

Just one minute after Boro’s third, Sutton were awarded a penalty. Scott Cuthbert was outpaced by Isaac Olaofe who was eventually brought down in the area by the Scottish centre half. It was Robert Milsom to step up as he comfortably converted, easing the deficit once again.

The second half was end-to-end and extremely entertaining for the neutral. Boro aimed to hold onto their lead as Sutton looked desperate for the equaliser. Sutton came inches away from a goal three minutes after the penalty, but Christy Pym superbly dived low to deny.

With ten minutes remaining, Tisdale introduced his first substitutes as James Daly and Charlie Carter replaced Luke Norris and Jamie Reid who were a nuisance for the Sutton defence all afternoon.

Stevenage were not willing to slow down the pace as they looked for a fourth. Charlie Carter managed to win back the ball before laying it off to Ben Coker who crossed into Jake Taylor, but the ball was blasted over the bar.

To the surprise of many at The Lamex, the Fourth Official held up eight minutes to remain of the second half. Despite an excellent Stevenage performance, the team from South London managed to grab an equaliser at the death. The ball was whipped in from the right-hand side before Richie Bennett nodded home to level the scoring for the visitors.

Moments later the whistle blew, concluding a thrilling contest at The Lamex. Stevenage put in a very promising performance but ultimately it was Sutton with the last laugh as both sides walked away with a point. 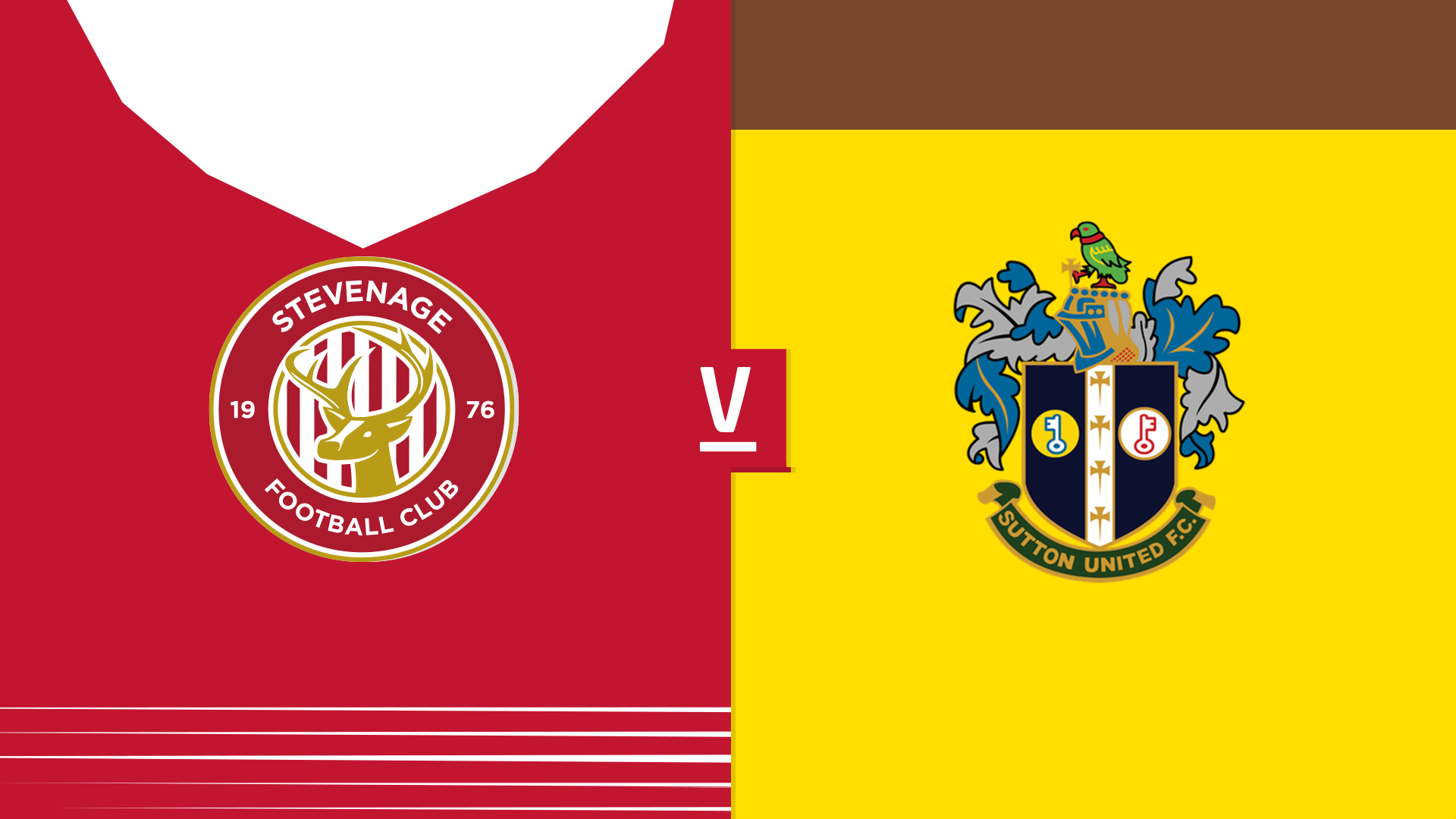 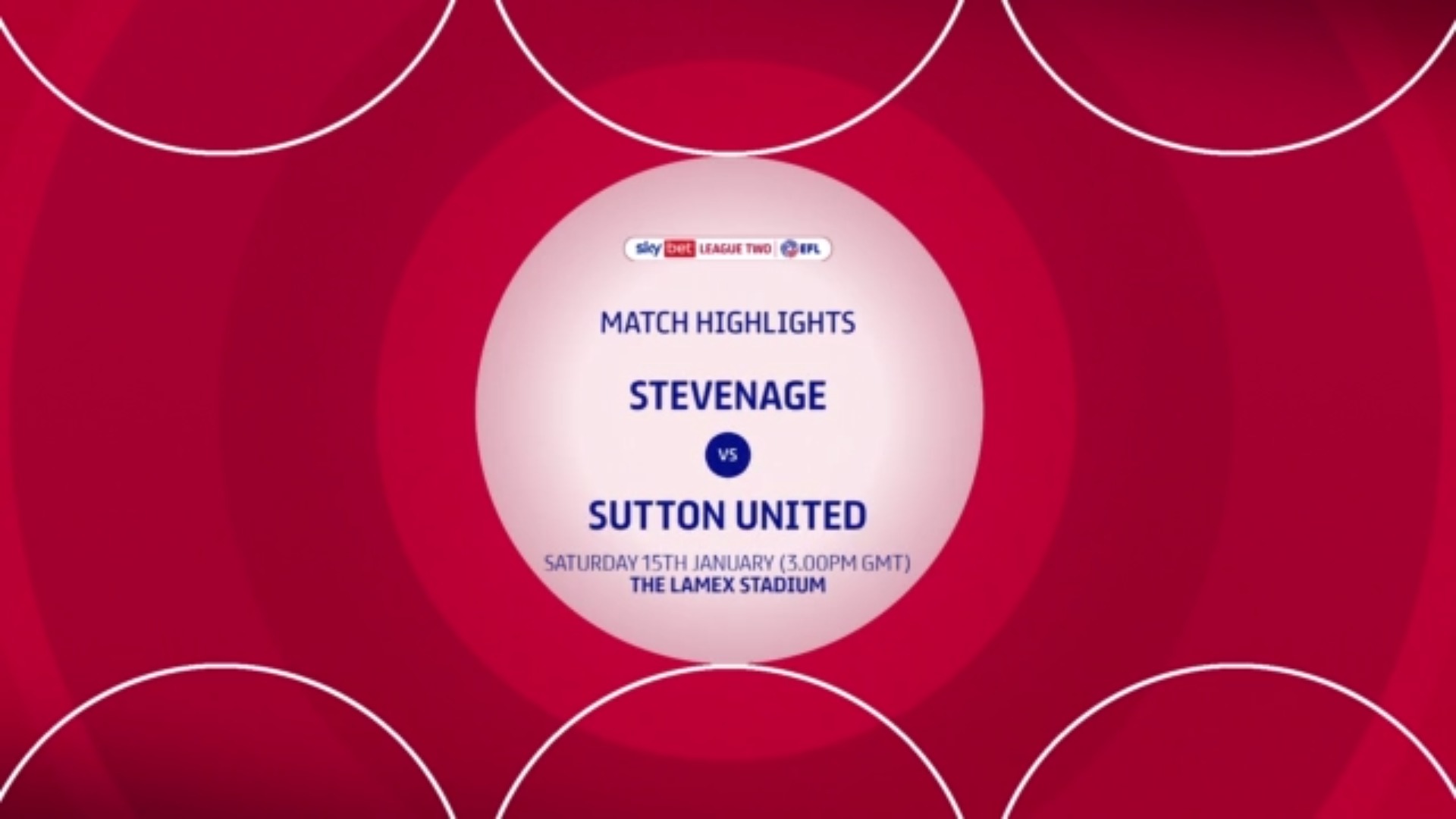 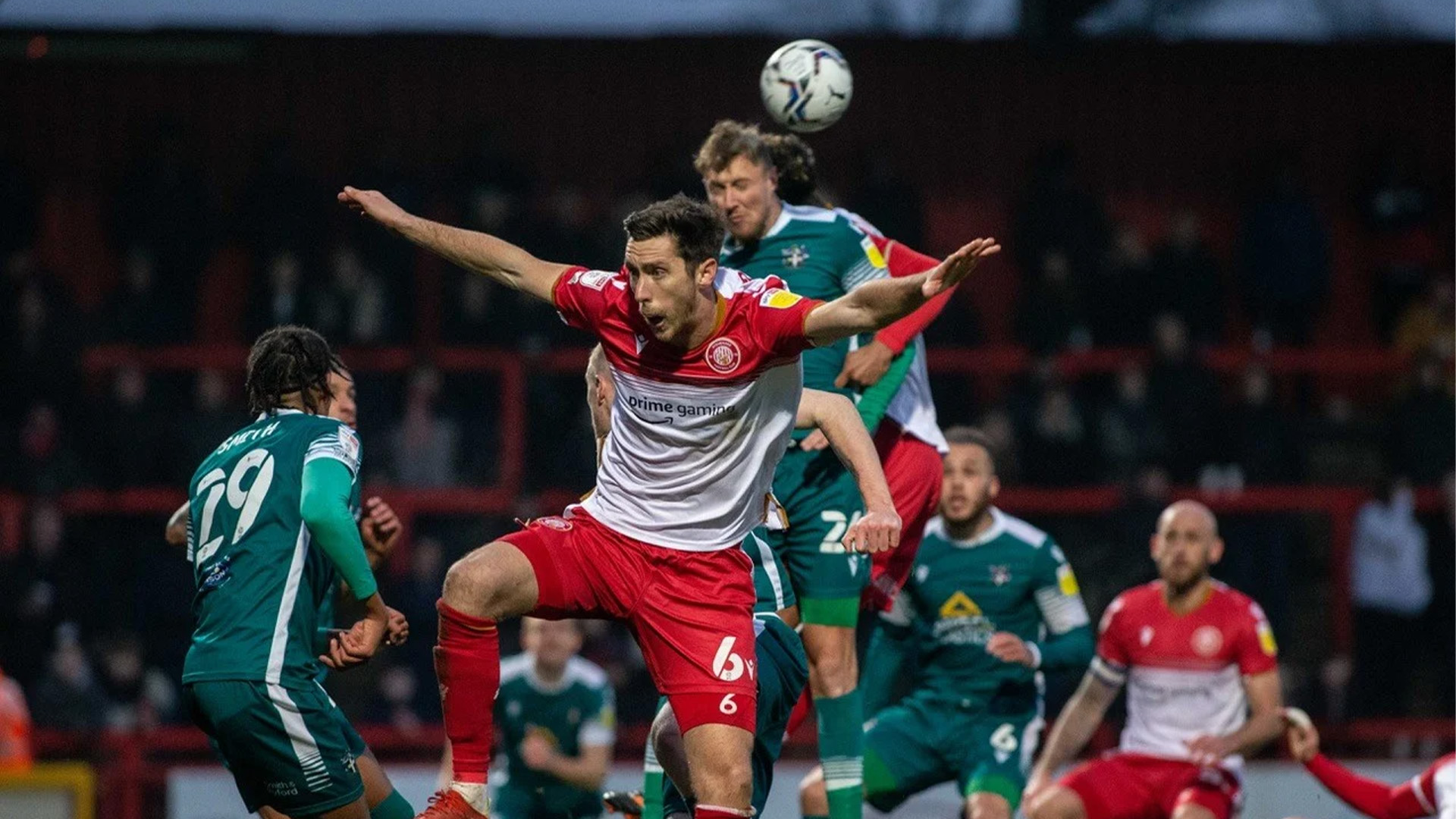