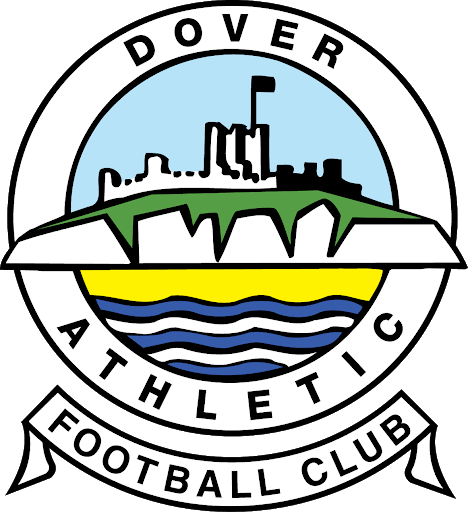 Stevenage take on Andy Hessenthaler’s Dover Athletic in a midday kick-off at the Crabble Stadium, with match tickets available to purchase at the stadium at the following prices:

The game will also be the first time supporters get to see the new 2021/22 Third Kit, sponsored by Amazon Prime. The kit will be used for appropriate away fixtures in August, before the launch of the away kit in early September.

At this moment in time, supporters are unable to purchase the Third Kit however, the Club are currently in discussions with Macron regarding the retail of the shirt.

2021/22 Prime Gaming Home Shirts are currently available to pre-order from www.stevenagefcshop.com, and are expected to be in stock from early September.

After back-to-back home tests vs Premier League opposition last week, Stevenage finished their pre-season campaign with a trip to the coast to take on National League side Dover Athletic.

A trialist goalkeeper started in place of the absent Joseph Anang, with Ben Coker, Luke Prosser, Ross Marshall and Luther James-Wildin in front.

Donning the new purple Prime Gaming Third Kit, Stevenage were forced to concentrate on their defending for the first five minutes of the game. A positive start from the hosts put pressure on the Boro backline captained by Luke Prosser, but with a few well-timed blocks and an offside call, Stevenage stood firm before gaining control of possession.

Just under ten minutes in, and Stevenage had their lead. Winning possession on the halfway line, Elliott List squared a bouncing pass to teammate Jake Reeves, who lifted the ball over the Dover defence for Jamie Reid. Jamie Reid raced past his markers putting him in a one-on-one situation with the Dover goalkeeper, and calmly placed the ball into the corner of the net. Two from two now for Stevenage’s new number twenty.

Midway through the first half, Dover tested Boro’s trialist goalkeeper for the first time with a well struck effort from distance. As it looked destined for the top corner, the goalkeeper put in a good account for himself by reaching and tipping the ball over with his fingertips.

Midway through the first half, Dover went close to a leveller. A mix up in midfield forced Luke Prosser into a late tackle as the hosts looked for a sight at goal, giving away a free-kick twenty yards from goal. Dover number nine Ricky Miller took, and almost saw his effort roll into the back of the net after a Ben Coker deflection. Coker was glad to see it fall just wide.

Just before the break, Elliott List almost latched onto namesake Elliot Osborne’s through ball for a shot at goal, but Dover stopper Josh Bexon was off his line quickly to make the save.

Half-time came and Stevenage were in front. There was one change at the break as Trialist 2 replaced Elliot Osborne.

The second half started similar to the first, with Dover quick out the blocks and looking to cause Stevenage problems. The Trialist goalkeeper made a good stop at his near post to deny an unmarked Dover attacker levelling the score, before a header from the hosts fell wide from the resulting corner.

Just like the first half, Stevenage scored in the early stages to earn control of the game. A lofted through ball was met by the racing Elliott List, before the Dover defence were forced to stop him with an illegal challenge outside the area. Chris Lines took, and saw his shot nestle into the top corner of the net. Alex Revell’s men were two up and looked good for their advantage.

Elliott List took a slight knock in the foul leading up to the goal, and was replaced by James Daly with half an hour to play.

Trialist 2 was involved in two Stevenage chances in two minutes with twenty left to play. After breaking away on the right, the Trialist forced Dover stopper Josh Bexon into a well-timed low dive to his right, before James Daly could only head over the Trialist’s cross.

With ten to play it was the same combination again, as this time on the left Trialist 2’s shot was well saved by Bexon. A confident showing from the tested attacker in an attempt to earn a Stevenage contract.

James Daly almost made it three with the last kick of the game, as the referee blew the whistle and Stevenage completed their pre-season on a high.

Alex Revell's men travel to National League side Dover Athletic for the final pre-season test ahead of the Sky Bet League Two season.

Kicking off at Midday on Saturday 31st July, tickets are available from the turnstiles at Crabble Stadium at the following prices: