Currently sat 20th in Sky Bet League Two and five points away from the Play Off places, Alex Revell’s men look to get back to winning ways on Tuesday with a win in Northamptonshire. Kick-off is at 7:45pm on Tuesday 19th October.

Since February 2021, Jon Brady has been in charge of the Cobblers after previously coaching in their academy. Last season Northampton were playing in Sky Bet League One but finishing 22nd in the league resulted in relegation straight back to Sky Bet League Two after just one campaign in the third tier.

Founded in 1897, Northampton have been regulars in the Football League for over a century, spending one campaign in the top flight back in the 1965/66 season. Since then, The Cobblers have travelled across the divisions multiple times, earning multiple promotions yet suffering a number of relegations.

So far this campaign, Jon Brady’s side have achieved some good results but have failed to find consistency. In their twelve games, they have won five, drawn three and lost four. The Cobblers currently find themselves eighth in Sky Bet League Two, meaning a win on Tuesday could easily push them into the Play-Off positions. Their current top goal scorer this campaign is centre back, Jon Guthrie, with a tally of three goals so far, proving that Northampton can find goals from a whole range of players in their line-up.

Stevenage and Northampton have faced each other thirteen times competitively with the Cobblers able to boast a 77% win-rate against Boro. Stevenage have only won once against Northampton back in 2014/15, winning 2-1 at the Lamex Stadium.

The most recent fixture between the two sides was in the Papa John’s Trophy Group Stages last season, as Alex Revell’s men held Northampton to a stalemate before the Cobblers won 4-2 on penalties to earn themselves a point in the group. Stevenage aim to get their first ever victory at Sixfields Stadium on Tuesday.

Northampton play their home games at Sixfields Stadium, which is a 7,798-capacity all-seater stadium. The ground was built in 1994 after previous Cobblers’ games had been played at the County Cricket Ground since the year they were founded. Away fans are allocated the Imperial Cars Stand which is found at the South end of the Stadium.

Supporters electing to drive to Sixfields Stadium should leave the M1 at Junction 15A and take the A43 towards Northampton. The stadium will simply be on the right-hand side. As for parking, there is a car-park at the stadium, which will cost £4 to use. Alternatively, the Supporters’ Association coach will be departing The Lamex at a strict time of 5pm. Prices range from £10 to £15 for Concessions and £15 to £20 for Adults.

Two first half goals from Kion Etete and Sam Hoskins before a second half Fraser Horsfall header defeat Stevenage at Sixfields Stadium...

The first sight at goal for Stevenage came fifteen minutes in. Ben Coker, playing in a more advanced position that normal, floated in a beautiful ball into the Northampton Town box, but Norris couldn’t connect with it properly and the ball was cleared by the Northampton Town defence.

Stevenage certainly had something to prove from the disappointing game at the weekend. However, the problems didn’t stop there and on the half hour mark a long throw from the Cobblers found Mitch Pinnock midway inside the hosts' half. Pinnock played a through ball to Kion Etete who drove past Terence Vancooten and smashed the ball into the bottom right-hand corner. Stevenage were behind after more than matching the hosts for the first third of the game.

Ten minutes later, Luther James-Wildin slipped on the right side and Pinnnock again took advantage and drove the ball to the edge of the box, before unleashing a powerful shot that Joseph Anang parried into the path of Sam Hoskins, who tapped home into an open goal.

It was a mountain to climb for Stevenage in the second half as they came back out in the rain at the Sixfields Stadium.

After the break, Pinnock was again causing problems for Stevenage as he found himself on the edge of the box and unleased another powerful strike that was deflected for a corner.

The resulting corner was swung in by Pinnock to the back post and found Northampton Town captain Fraser Horsfall to head into the goal past Anang.

Halfway through the half, second half substitute Bruno Andrade tried to produce something for the Boro fans to cheer about. However, after wriggling past one of the Northampton Town defenders his shot fired straight into the arms of the Cobblers goalkeeper Liam Roberts.

The referee blew his whistle for full-time in an evening to forget for Alex Revell’s men. Attention now turns to Saturday for a return to The Lamex against Leyton Orient.

Alex Revell returns to his former club Northampton Town, as his Stevenage squad take on Jon Brady's Cobblers at Sixfields Stadium on Tuesday 19th October for a 7.45pm kick-off.

Tickets are available to purchase from the Northampton Town Ticket Cabin on the day of the game.

Disabled tickets are charged the appropriate band price with the carer being free of charge (proof of carer requirement may be requested on entry).

Online ticket sales for delivery will come off sale at 11pm on Wednesday 13th October, but will still be able to collect or purchase from the Stevenage FC Club Shop until Friday 15th October at 5pm.

The Stevenage FC Supporters Association coach will be departing The Lamex Stadium at 5pm on the day of the game, so please ensure to arrive with time to spare in order to confirm a scheduled departure. Tickets cost £15 (£10 concessions) for SA members and £20 (£15 concessions) for non-members.

Match tickets for Stevenage vs Forest Green Rovers are now available from www.borotickets.co.uk. 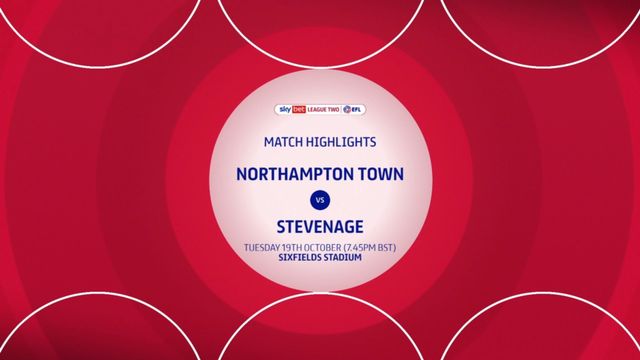 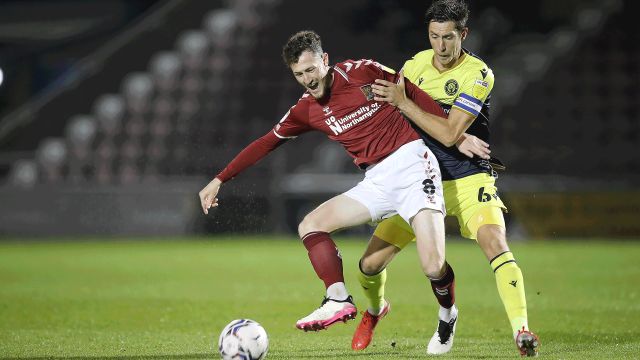