Alex Revell names just one change from last Saturday, as Jack Smith replaces the suspended Jake Taylor in the middle of the park.

Following a recent run of four games undefeated, Alex Revell had kept his starting eleven the same for the last three – but was forced into one alteration for the trip to Greater Manchester. Jake Taylor missed out through suspension after picking up his fifth yellow card of the season last week, replaced by Jack Smith in midfield.

Looking to build on form of late, an all too familiar story this season came to haunt Stevenage once again. A slow start and low concentration levels had not proved costly in recent weeks, but this time Oldham made sure to capitalise. After surviving an early scare when Dylan Bahamboula’s header ricocheted back off the post, Boro were not so fortunate just a minute later. Getting on the end of Benny Couto’s cross, Davis Keillor-Dunn gave the hosts the lead with a well-placed header into the corner.

Not the start Alex Revell’s men would have wanted, and it was not to get any easier just ten minutes later. Zak Dearnly spearheaded an Oldham counterattack before playing it to Bahamboula, who teed up Keillor-Dunn to double his tally within the first quarter of an hour.

A mountain to climb but still with a lot of football to be played.

Almost immediately after the second, Stevenage threatened to halve the deficit down the other end. Good footwork from Jamie Reid allowed the striker space for a shot at goal, but his left footed effort could only find the far post before eventually being cleared.

Stevenage continued to play good football with positive passages of play, but Oldham’s high press was forcing the visitors away from goal with little opportunity to create anything to get back into the game.

Half chances for Elliott List, Jamie Reid, Bruno Andrade and Elliot Osborne would see the game to half-time, with no real test for Jayson Leutwiler in the Oldham goal as of yet.

The second half started much the same as how the first ended. Stevenage continued to hold the majority of possession, but mainly in the middle of the park.

Just before the hour mark it became apparent that the next goal would really set the tone for how this game would pan out. As Boro attempted to create their chance and get back in the game, Oldham were defending well and sitting tight, not giving Alex Revell’s men any sight at goal. From the Stevenage attack, Dylan Bahamboula was found in space on the break, and made it three after taking on Joseph Anang one on one.

Luke Norris was shortly introduced for Jamie Reid after the goal, but it would seem that only a miracle could get anything out of this game for the visitors.

With around twenty minutes left to play, Jack Smith fired over from the edge of the box before Elliott List headed straight at Leutwiler. Bruno Andrade went close to getting one back, but the Oldham stopper seemed adamant to keep his sheet clean this afternoon.

One positive of the afternoon was the debut of Academy graduate Samuel Tinubu, making his first appearance for Stevenage with ten minutes left to play. Tinubu becomes Boro’s youngest ever debutant in the EFL, at just 17 years and 18 days.

The referee blew his whistle for full-time in an afternoon to forget for Alex Revell’s men. Attention now turns to Northampton on Tuesday before returning to The Lamex next weekend.

Match tickets are available to purchase online from www.borotickets.co.uk, from the Club Shop open Thursdays 12pm-7pm & Fridays 10am-5pm, as well as from Boundary Park's turnstiles (cash only) on the day of the game.

Ambulant Disabled and Wheelchair users are charged at the relevant age category, while carers go free. The wheelchair section at the Boundary Park's Chadderton Stand is at the front of the stand and uncovered.

Tickets are available from the Club Shop until 4pm on Friday 15th October, and online until 11.59pm on Monday 11th October.

The Stevenage FC Supporters Association coach will be departing The Lamex Stadium at 9.30am on the day of the game, so please ensure to arrive with time to spare in order to confirm a scheduled departure. Tickets cost £30 (£25 concessions) for SA members and £35 (£30 concessions) for non-members. 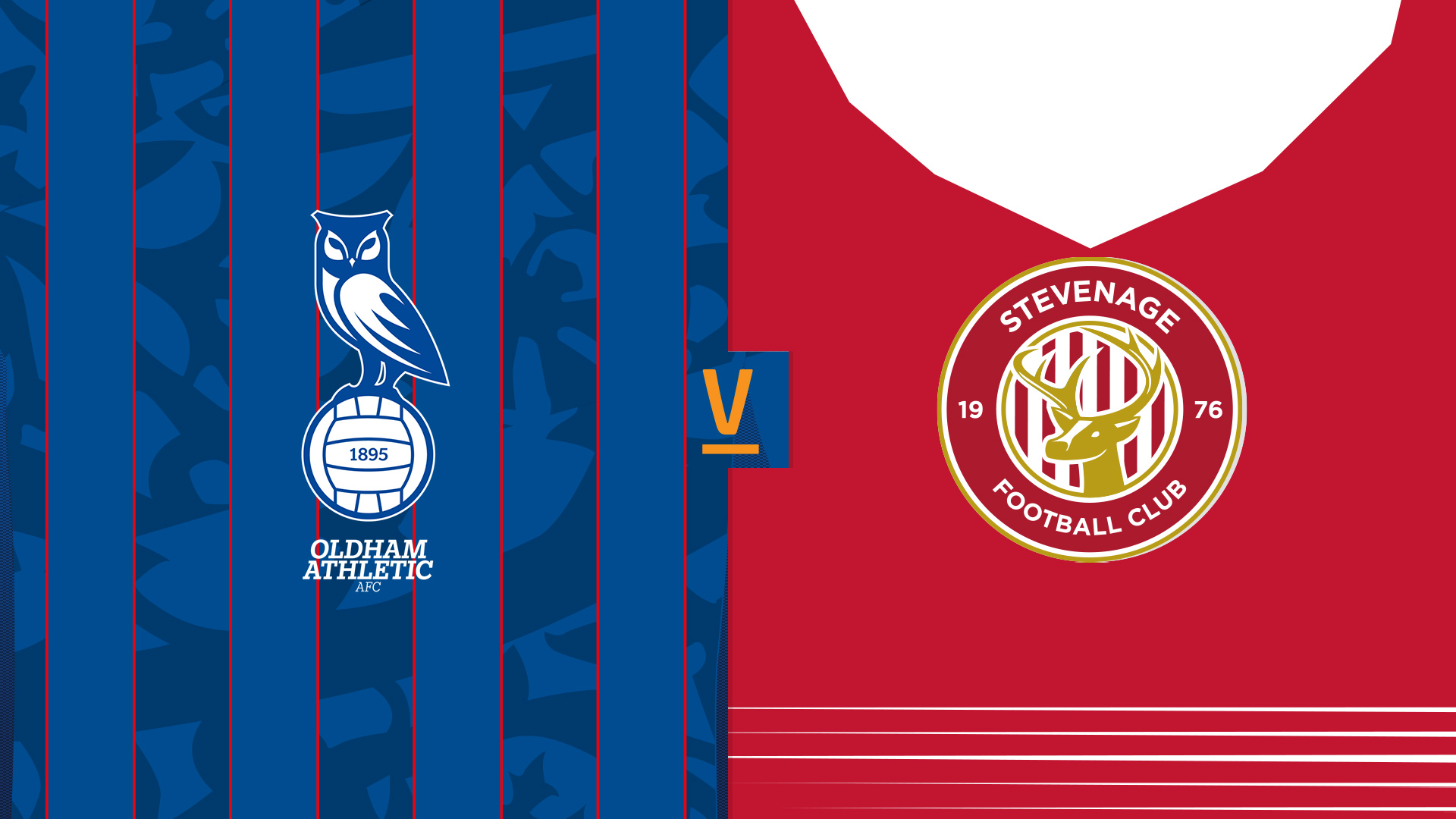 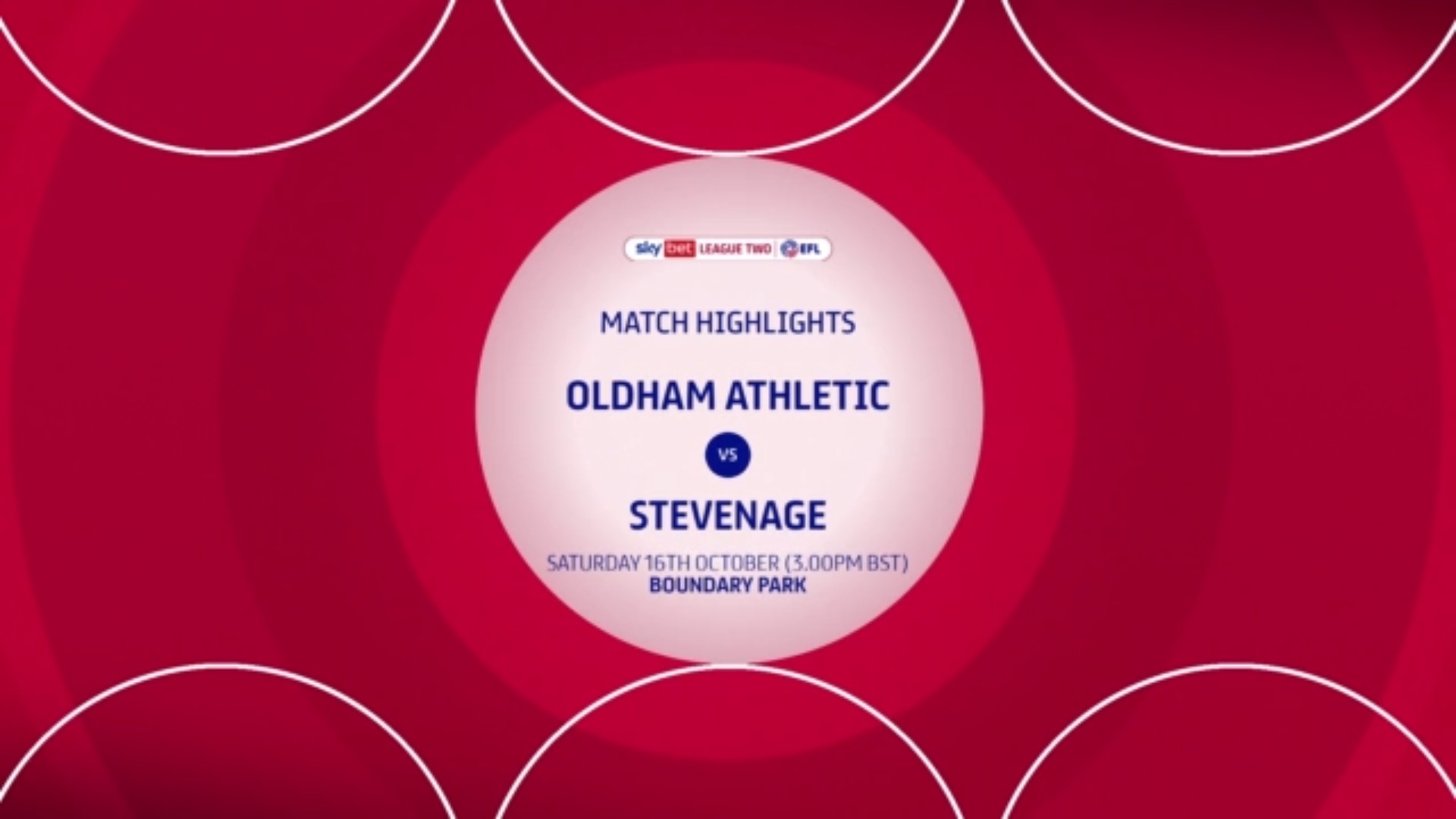