Alex Revell names the same starting eleven from the side who picked up three points against Hartlepool United, while Max Melbourne is involved on the bench for the first time in the league this season.

Following on from last Saturday’s victory over Hartlepool United, Alex Revell kept the same starting eleven to face this afternoon’s guests, while Max Melbourne replaced Sam Tinubu on the bench.

Boro were aiming to make it three wins in a row after the win at Oxford United in the Papa John’s Trophy on Tuesday evening but knew that the visiting Grecians would provide a tough test as ever.

Within the first five minutes, Exeter showcased their attacking threat as on loan forward Sam Nombe collected a loose ball in the Stevenage defence, before dragging wide from the edge of the area.

The early chance should have caused warning signs for Boro who had started under the cosh against the travelling outfit and were made to pay on the second attempt. Sam Nombe again the danger man, benefitted from a Terence Vancooten slip 20 yards from goal and raced on to place past Joseph Anang. A classy finish from the on loan MK Dons striker, but a chance made with the help of the home side.

In response, Elliott List almost put it on a plate for Jamie Reid with a teasing low driven ball across the face of goal – just evading the in-form striker. A Jake Taylor from the edge of the box was then deflected wide, as Stevenage began upping the ante.

The hard work in getting back into the game paid off halfway through the first half, and it was no surprise the leveller came through Elliott List – the striker’s sixth goal of the season. After receiving the ball inside the Exeter half, Bruno Andrade slid an inch perfect through ball past the visiting defence for List to latch onto. Boro’s top scorer made no mistake in the finish, placing calmly into the far-right corner. Back level and back in the game.

After the goal, Stevenage continued to be the better side and the most likely to get the next goal. Bruno Andrade’s silky ball skills were a threat to the opposition who couldn’t get near him, forcing Pierce Sweeney into the game’s first yellow card by the only means of stopping Boro’s number twelve.

Minutes later, Andrade’s low cross was met at the near post by goal scorer Elliott List, before a last-ditch Exeter block deflected the ball over the crossbar.

Jamie Reid fired over from inside the area with five minutes to go before half-time, after doing well to make space for himself from a Ben Coker cross.

The referee blew for half-time as the sides went in level at the break.

As with the first half, Exeter started the brighter of the two sides and Stevenage needed a wake-up call to get into gear. Five minutes into the restart the Grecians retook the lead, after Matt Jay nodded home Joshua Key’s cross at the back post.

Exeter continue to press high and push Boro back into their own half, and almost gave themselves a two goal cushion after Timothee Dieng’s shot cannoned off the post and away from danger.

Just before the hour mark, Stevenage were level again. And again, it was Elliott List with an outstanding finish. Jake Reeves’ header from the middle of the park was latched onto by the forward, who rocketed his left-footed strike into the far corner from inside the area. Elliott List was on fire in what was already a fascinating match.

A fantastic afternoon of entertainment for the neutral, but both sets of supporters knew this game could still go either way. Jamie Reid went close with twenty minutes to play, receiving the ball from Elliot Osborne before Cameron Dawson made a save from his edge of the area shot.

Luke Norris replaced Jamie Reid soon after, just before Exeter went close down the other end. Sam Nombe jolted his way into the area once more, forcing Joseph Anang to make a good save as Stevenage regrouped.

Max Melbourne entered the pitch for his Stevenage league debut, replacing Elliot Osborne in midfield with ten minutes to play.

Elliott List went close to a hat-trick with two chances either side of the change, heading Luther James-Wildin’s cross over before blasting over a volley inside the area from Jake Taylor’s headed set-up.

As the fourth official’s board went up with five minutes added on, the game remained in the balance and an end-to-end encounter.

Terence Vancooten went close to winning it with the last kick of the game after a goal mouth scramble from Jake Reeves’ corner, but the game finished level as the two sides were forced to share the points.

Boro are back at The Lamex Stadium for consecutive weekends this Saturday for the visit of Exeter City in Sky Bet League Two...

Alex Revell's men will be hoping to extend their winning run, after securing victory over Hartlepool United at Saturday and at Oxford United in the Papa John's Trophy on Tuesday.

Matt Taylor's side have enjoyed a positive start to the new campaign, currently sitting in sixth position in the play-offs. Following picking up three points on Saturday, Stevenage sit in 17th, but only three points off the play-off positions. 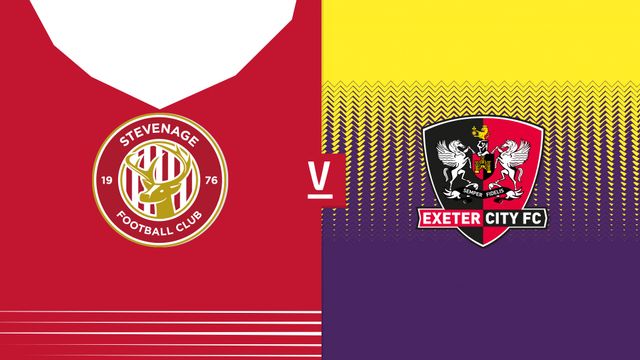 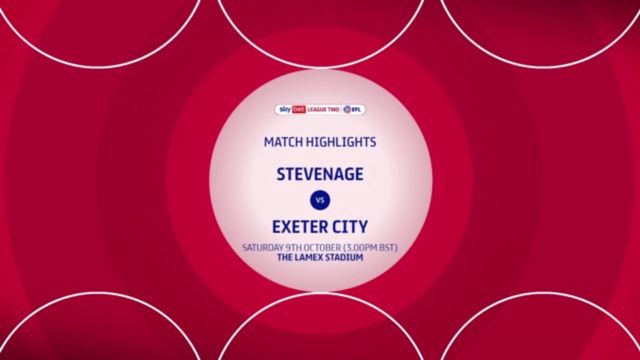 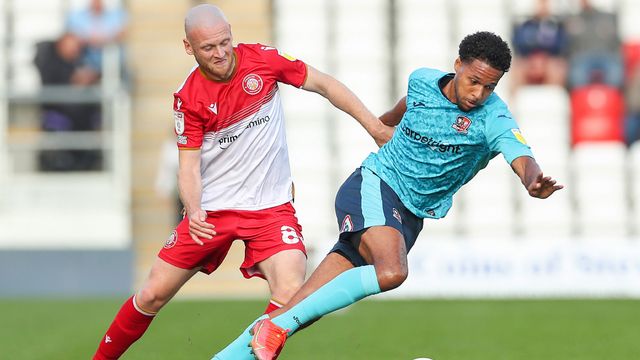