Stevenage put on an excellent display at the Lamex Stadium, defeating Hartlepool United by two goals to nil through goals from Elliott List and Jamie Reid...

In the relentless rain it was the visitors who got the match underway from kick-off as the Hartlepool faithful could be heard loud and clear behind the goal after travelling 224 miles down from the North East.

In the opening ten minutes of the game, both sides had decent spells of possession as they attempted to figure out the tactics of their opponents. Bruno Andrade earned the ball off of a Pools defender but his low driven cross was picked up nicely by Ben Killip in goal.

The first real chance of the game came Hartlepool’s way as Eddie Jones’ cross picked out Mike Fondop at the back post and his effort went just inches over the crossbar. Pools continued to apply pressure.

Boro’s pure dedication to defend was soon rewarded with a goal as Jamie Reid picked up the ball on the halfway line and, with a resillient run past defenders, the striker cut in on his left foot and hammered home into the top corner of the goal. Stevenage’s first shot on target resulted in the first goal of the game to put them 1-0 up after twenty one minutes.

Roughly ten minutes later, after some end to end football, Stevenage came inches away from doubling their lead as Jake Reeves’ free kick was crossed into the box and found Bruno Andrade whose headed effort hit the post.

Moments before half time, Jake Taylor’s foul, which put an end to a dangerous looking Pools attack, resulted in the midfielder being the first player into the referee’s book, receving a yellow card.

The last chance of the half came from Elliott List who took advantage of a defensive mishap. His efforts were quickly denied by an impressive double save from the Pools keeper as Mr Speedie blew his whistle, putting an end to a promising half for Boro.

As the rain continued to pour, the second half got underway with an immediate attack as Boro pressed high up the pitch. Elliot Osborne’s through ball found the feet of List who placed it past the Pools keeper to double Stevenage’s lead and excite the home supporters.

Five minutes later, Elliott List sprinted down the left hand side full of confidence. After skipping past his man, the quick forward passed it into the man who assisted his goal but Osborne’s effort was struck into the North Stand.

Just before the hour mark, Hartlepool came extremely close to pulling one back as Matty Daly rose above everybody in the Stevenage box but his header was straight at Joseph Anang who held the ball well.

Revell introduced Jack Smith and Luke Norris for Bruno Andrade and Elliott List respectively in order to bring on some fresh legs and potentially score a third. Within a minute of being on the pitch, Luke Norris’ headed effort was well caught by the Hartlepool keeper.

With five minutes remaining, Hartlepool attempted everything in their power to halve the deficit but were no match for the solid defence of Stevenage in addition to Joseph Anang’s impressive handling.

In the three minutes of additional time indicated by the fourth official, Man of the Match Jamie Reid received a great ovation as he left the field, being replaced by Luke Prosser to see out the match.

The referee then blew the full time whistle to put an end to an extremely positive game for Stevenage, scoring two good goals and keeping a clean sheet in the horrendous weather conditions. An all-round great display of football by Alex Revell’s men which sent the Boro fans home smiling.

Attendance for today’s game was 2633 with 398 Hartlepool fans.

Boro are back at The Lamex Stadium this Saturday for the visit of Hartlepool United...

Following last weekend's goalless draw up north at Harrogate Town, Alex Revell's men will be aiming to go one better and pick up three points back home against the recently promoted Hartlepool United.

Taking place on Saturday 2nd October 2021, the 3pm League Two clash provides the second part of Academy Day 2021, as supporters are invited to Shephabury Sports Academy to show their support for the Under 18s - who take on Southend United at 10:30am.

With the two sites separated by a mere mile, Academy Day is a fantastic opportunity to show your support for the Club’s youth set-up as well as the First Team in the same day.

Entry to Shephalbury Sports Academy for the Under 18s game is free of charge, while supporters can purchase tickets for the Hartlepool United game from www.borotickets.co.uk. 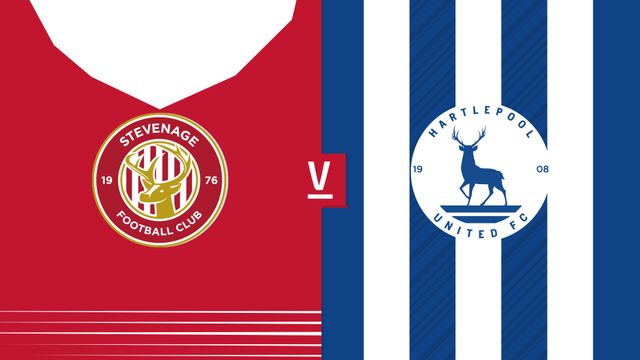 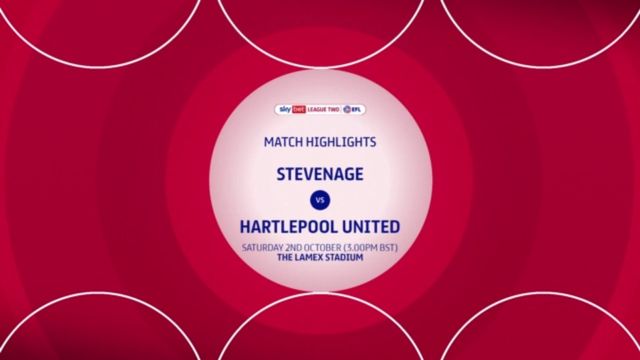 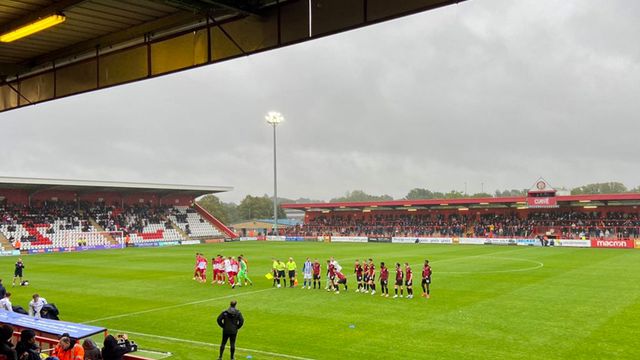