Alex Revell names four changes to the side from Tuesday night, with most notably a debut for the recently signed goalkeeper Adam Smith in place of Joseph Anang. Captain Scott Cuthbert, Chris Lines and Brad Barry also return to the side from injury, in place of Terence Vancooten, Elliot Osborne and Max Melbourne.

An improved performance from Alex Revell’s men earn Boro a point against Leyton Orient at The Lamex Stadium...

Half an hour before the line-ups were announced, Stevenage announced the signing of former Forest Green, Northampton Town and Bristol Rovers goalkeeper Adam Smith. The stopper spent last season at Yeovil Town and was named straight into the eleven for today’s game.

Scott Cuthbert, Chris Lines and Brad Barry all returned from injury and were named in the starting line-up too, with Terence Vancooten, Elliot Osborne and Max Melbourne dropping the to the bench.

The game started with a high intensity from both sides, as Alex Revell’s men looked to put a stop to a recent run of defeats. After a good stop in front of the travelling support, Adam Smiths’ long kick forward was knocked on by the head of Luke Norris towards strike partner Elliott List. After taking on his man inside the box, Stevenage’s top scorer would have been disappointed with his effort – straight at the opposing Vigouroux.

Following the opening chance on goal from Boro, Leyton Orient then enjoyed most of the possession for the next twenty minutes. Dan Kemp’s wide free kick fell to Alex Mitchell on the edge of the area, as debutant Adam Smith continued to police his penalty area. Midway through the first half, the visitors thought they had a prime opportunity for an effort on goal as Theo Archibald seemed to be brought down on the edge of the area, before referee James Bell brandished a yellow card for the Orient attacker for simulation.

As the half went on, Alex Revell’s men grew into the game. Elliott List’s pace was causing the Orient defence some problems and earned the home side a free kick just inside the visitors’ half with half an hour to play. Chris Lines’ cross was met by the head of Brad Barry, who saw his effort fall agonisingly onto the roof of the net.

As half-time loomed, there were good opportunities for either side to go ahead before the break. Harry Smith must have thought he had put the visitors in front as his header from Hector Kyprianou looked destined for the top corner, before a fingertip save from Adam Smith kept the scores level.

Down the other end, Elliott List must have thought the same, after latching onto a Luke Norris header into a one-on-one chance. As Vigouroux dived the other way from List’s shot, the Orient stopper’s foot somehow managed the keep the ball out.

The referee blew for half-time in a game which really could be going either way.

Stevenage almost got the second half off to a perfect start as Brad Barry’s low, driven cross towards the near post, but Elliott List could only fire high and wide within a minute of the restart.

Boro’s top scorer Elliott List looked determined to get his eighth of the season this afternoon, and a minute later went close again. This time taking on a number of Leyton Orient defenders into the opposing box, before his effort was well stopped once again by Lawrence Vigouroux.

Stevenage continued to threaten up with the combination of Elliott List and Luke Norris, but after receiving the ball from the latter’s flick on, List could only find thr gloves of the Orient stopper on the hour mark.

Midway through the second half, Leyton Orient had a glorious chance to take the lead. After a loose ball in the middle of the park was threaded through to Harry Smith in on goal, Adam Smith yet again pulled off another sublime save to keep the hosts in the game. Alex Revell received a yellow card for his troubles in a disagreement with the Fourth Official, after it seemed Jake Taylor was fouled in the build up.

With ten minutes to go, Stevenage survived a succession of Leyton Orient corners, before Dan Kemp’s effort from inside the area fired over.

Bruno Andrade and Jamie Reid were introduced for a straight swap up top, as both sides knew this game was there for the taking.

With five minutes left to play, Jake Reeves thought he had fired Stevenage into the lead, but to the dismay of seeing the linesman’s flag raised. Ben Coker was judged to have strayed past the Orient back line before putting the ball into the box.

As the fourth official indicated three more minutes to play, both sides threatened in either half but neither could find a way through. A share of the spoils but an all round improved performance from Alex Revell’s side.

Following a high demand from the travelling support, Leyton Orient supporters - specifically families - can now purchase tickets in a segregated section in the West Stand.

As a result of this increased allocation, Stevenage supporters will not be able to purchase match tickets in seats 116 to 224 of the West Stand.

2021/22 Season Ticket Holders in West Stand seats 118 (inc. 117 rows BCDE) to 154 will be required to enter the stadium via the Foundation Learning Zone in the West Stand Car Park due to the current enforcement of the Red Zone. A pop-up tea bar and toilets will be available to those supporters within this area.

The Stevenage Fun Fair is back in town this week, and therefore there will be restricted free parking available in Fairlands Valley Car Park for supporters attending Saturday’s Leyton Orient fixture.

Supporters are encouraged to use the various affordable pay & display options in the Town Centre and other methods of public transport. For all relevant information, including location and prices, please click here.

Leyton Orient supporters are required to purchase their tickets from www.leytonorient.com.

For any queries and further information, please email info@stevenagefc.com. 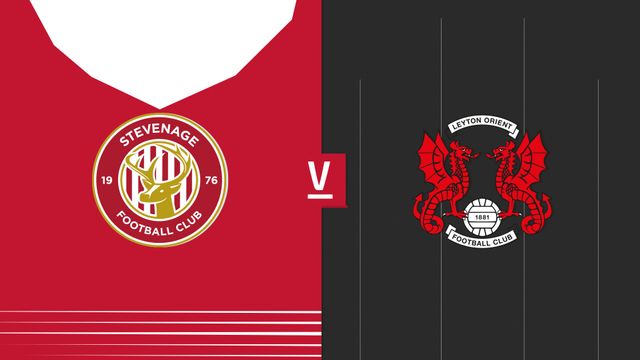 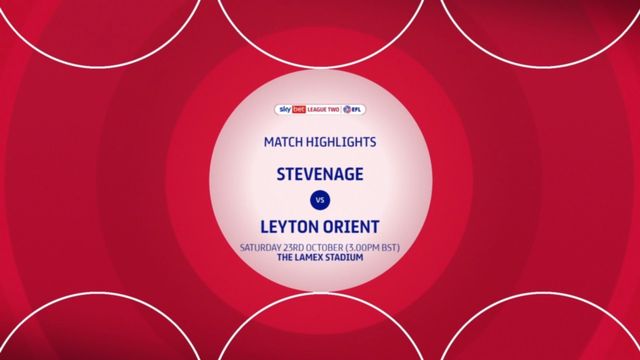 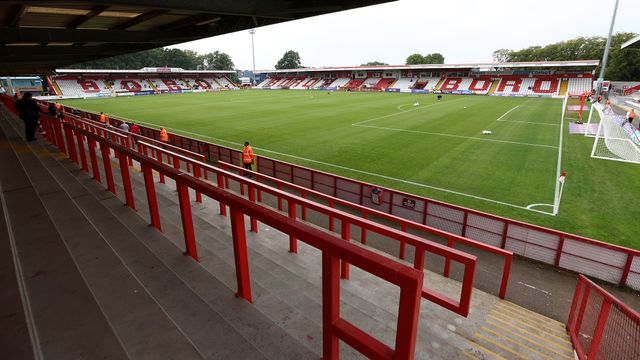