A club that manager Steve Evans knows better than most after his spell at London Road between 2018 and 2019, it will be Stevenage’s third time playing The Posh in six weeks following the pre-season and Carabao Cup fixtures.

A chance to bounce back right away for Boro after Saturday in Salford, we speak to the boss ahead of tonight’s game.

“We all realised that we never reached the performance levels that were expected on Saturday”, said Evans. “The lads gave everything they had but working smart must also be part of our game plan”.

“We will make changes to the squad for Peterborough, that’s for certain. We have some illness and a few knocks in camp, so we will assess which players we have available this morning”.

“The small squad we have cannot be expected to win every game, but we will competitive in every game by working hard and working smart”.

“I’m not too bothered about what team Grant McCann decides to play. He has a huge squad with quality players in every position. As usual, we will focus on ourselves. What I do know is that it will be another tough game against a club that I have huge respect for”.

With deadline day swiftly approaching, the manager gives an insight on what to expect over the next few days.

“We are working hard to add to the squad, with thanks in large to the Chairman who again has been hugely supportive. We have a brilliant dynamic in the squad, and it is hugely important that we add good players, but more importantly good characters”.

Although a different competition, it was a chance for Boro to show a reaction from the weekend’s defeat and bounce back just four days later. Coming up against Grant McCann’s Posh for the third time in six weeks, both sets of players were well-equipped in knowing what to expect from their counterparts.

League One Peterborough had also fallen to a late defeat on Saturday at Derby County, but it would be the hosts to strike first. Just under ten minutes into the first half, Ephron Mason-Clark played a through ball into Ricky-Jade Jones, whose pace took him away from the Boro defence before slotting into the net. A deserved lead for Posh as Stevenage were still finding their feet.

Ten minutes later, just as Steve Evans’ men were beginning to grow into the game and see more of the ball, Boro found the leveller. A Luther James-Wildin cross from the right was flicked on by the head of Luke Norris, falling to the feet of Jake Taylor who expertly curled the ball into the top right corner. A first goal of the season for Boro’s number eight, as Stevenage had not arrived at London Road just to make up numbers.

Taylor went close again moments later, again from a Luther James-Wildin cross, but this time headed his effort wide of the mark.

Jake Reeves picked up the game’s first yellow card by a cynical pull back on Ricky-Jade Jones on the counterattack, but that would be the last of the first half’s action as the sides went in level at the break.

Within five minutes of the restart, tempers rose when a collision between Saxon Earley and Josh Knight off the ball gained the attention of the referee and a yellow card for both players. Albeit the Papa John’s Trophy, both teams were putting everything into a positive result this evening.

The hosts almost regained their lead just before the hour mark, when Kwame Poku found space inside the Boro area but could only cannon his shot against the crossbar and out.

Jordan Roberts and Jamie Reid were then introduced for Jake Reeves and David Amoo, minutes before Carl Piergianni went close from Dean Campbell’s corner only to direct his effort straight at Cartwright in goal.

Arthur Read and Kane Smith came on for Dean Campbell and Luke Norris as penalties began to loom for an extra point in the Papa John’s group stage.

Penalties may have been in everyone’s thoughts, but maybe not of Carl Piergianni’s. With just over five minutes to play, Arthur Read’s corner was originally cleared but only as far as Jake Taylor, who returned the ball to Read still by the corner flag. On the second attempt of his curled cross, the midfielder found the ex-Peterborough man Carl Piergianni to head home from six yard out. Another late goal for Stevenage, made even sweeter for the captain against his former club.

Back to winning ways and three points on the board in our Papa John’s Trophy group, as attention now turns to the trip to Crewe Alexandra in the league on Saturday.

Match tickets are on sale for our Papa John's Trophy tie at Peterborough United...

Disabled supporters pay the relevant price class and are entitled to a free of charge carer ticket.

Please note, The Weston Homes Stadium operates as a CASHLESS stadium. There will be no cash turnstiles and cash will not be accepted at the Ticket Office, Food Kiosks or Club Shop.

The Stevenage FC Supporters' Coach will not be travelling to this fixture.

Purchase your train ticket to Peterborough at www.nationalrail.co.uk and keep up-to-date with latest travel info by following @nationalrailenq. 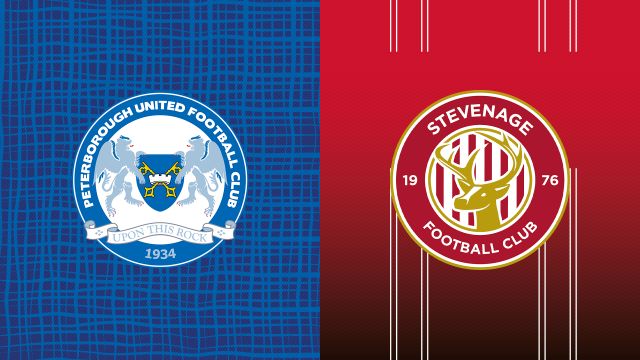 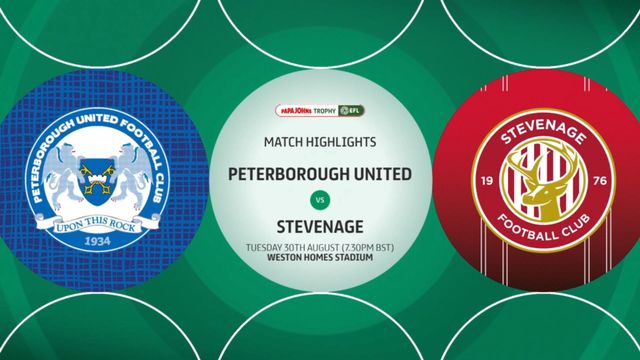 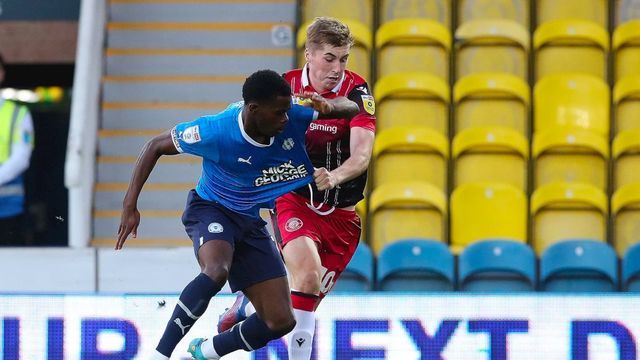