The only unbeaten EFL side in all competitions, Boro look to continue their excellent run in the league, with the possibility of moving into first place. Stevenage’s most recent test was in The Carabao Cup in which a late goal from Jamie Reid against Peterborough ensured their place in the third round of the competition.

Salford City will also be pleased with their start to the campaign, as they find themselves 6thin the table. After five games, The Ammies have picked up three wins, one draw and most recently a loss away to Doncaster. The 2022/23 campaign marks their fourth in The EFL and after three seasons of just missing out on the play-offs, Neil Wood’s side will be desperate for a top seven finish.

Salford’s danger man this season has undoubtedly been Brandon Thomas-Asante. Starting all six of their games this season, the forward has racked up an impressive tally of five goals aswell as chipping in with two assists. Thomas-Asante has represented the Ammies since their debut season in the EFL.

The Greater Manchester Side appointed Neil Wood as Manager in May 2022, replacing Gary Bowyer who had spent just over a year at the club. Wood has so far brought in seven new recruits in his first transfer window with Salford, including Scottish League Cup winner Callum Hendry and former Bradford midfielder Elliot Watt.

Boro and The Ammies have met on just six occasions since their rise into the EFL in 2019. Salford’s first ever game in The Football League was against Stevenage, live on Sky Sports, with The Greater Manchester side picking up a 2-0 win. The first five encounters between the sides would have nothing to boast about from a Stevenage perspective, with The Ammies winning five from five.

Eventually, on the final day of the 2021/22 season, Stevenage picked up their first victory against Salford, with the score line ending 4-2 in Boro’s favour to end the season on a high note.

Salford City moved into The Peninsula Stadium in 1978 but the ground has since seen drastic changes and now has a capacity of 5,108. The stadium was renovated in 2017 and reopened by Sir Alex Ferguson. The record attendance is 4,518 for a Carabao Cup tie between Salford and Leeds United which ended 3-0 to the visitors.

Darren Drysdale has been appointed as Match Referee for Saturday’s game with Christopher Ward and Graeme Fyvie as Assistants alongside Steven Rushton as Fourth Official.

Ryan Watson's late strike for Salford makes the difference as Boro go home empty-handed for the first time this season...

Looking to continue the unbeaten run after an impressive win in The Carabao Cup Second Round, Steve Evans’ men returned to Sky Bet League Two action with a trip to Salford City. Evans decided to stick with the same starting eleven as last Saturday’s league win at home, with new signing David Amoo making the bench.

The opening ten minutes of the game made for a scrappy start as both sides looked to get a hold of the ball and play their football. Callum Hendry had the game’s first real chance as the number nine took aim from the edge of the area, but his effort was fired just high and wide of the mark.

Boro were growing into the game and looked like the side on top soon after. Max Clark’s superb delivery down the left flank found Jordan Roberts who then laid it off to Arthur Read, before the midfielder’s powerful effort was tipped just over the bar by former Boro keeper Tom King.

Both sides had positive spells in the first half with Salford being on top around the half hour mark. Callum Hendry appeared to be the dangerman for the Ammies has his wonderful long-range effort forced a save from Taye Ashby-Hammond.

Moments later, Brandon Thomas-Asante’s outstanding pace and strength allowed him to run through on the left-wing before firing down to Ashby-Hammond’s right but the Fulham loanee got down to deny. Danny Rose was then unable to continue as he was replaced by Tuesday’s goal scorer, Jamie Reid.

With five minutes left of the half, Stevenage came close to getting the game’s opener. Luke Norris tussled well before cutting in on his right and taking aim but Tom King was able to watch the effort fly past the post.

The score was goalless after an entertaining half between two battling sides. At half time, Evans made two changes with Kane Smith and Arthur Read being replaced by

The first ten minutes of the second half was just as tight as the first with little to write home about. Brandon Thomas-Asante threatened down the left wing with Luther Wildin on the back foot but his ball into the box was collected by Taye Ashby-Hammond.

Evans then made yet another change, introducing Dean Campbell for Jordan Roberts.

Just after the hour mark, Jamie Reid’s quick reactions sparked a counterattack as the Salford defence were tracking back. Reid held the ball up well before laying it off and receiving it back through a cross, but the striker couldn’t quite get his angles right as he headed wide.

Fifteen minutes remained and it was Salford knocking on the door. Conor McAleny’s sublime first touch enabled the Salford attacker to spring past Luther Wildin and take aim but Taye Ashby-Hammond denied.

Jamie Reid who had had a couple of chances already was through on goal once again with ten minutes remaining, but his right-footed effort was smashed wide of the post to the delight of the Ammies supporters.

As injury time loomed, The Peninsula Stadium witnessed a late goal, but this time the late fortune went in favour of Stevenage’s opponents. The ball fell perfectly for Ryan Watson on the edge of the area who absolutely smashed the ball into the back of the net to give The Ammies a late lead.

To the despair of the Boro fans in the away end, Salford were able to see out the game and walk away with all three points to put an end to Stevenage’s superb unbeaten run. Boro battled well but it was ultimately Salford’s Ryan Watson who made the difference.

Match tickets are available for Stevenage’s trip to the Peninsula Stadium in Sky Bet League Two...

Kicking off at 3pm on Saturday 27th August, Steve Evans' men travel to Greater Manchester to take on Neil Wood's Ammies. Stevenage are undefeated on the road so far this season, following victory at Tranmere Rovers and last Saturday's dramatic draw at Walsall.

Match tickets are available from www.borotickets.co.uk, the Stevenage FC Club Shop (open Mondays, Tuesdays, Fridays 10am-5pm & Home Matchdays Midday-KO) and on the day from the turnstiles (cash only).

The below prices apply for both standing and seating areas:

Online ticket sales for delivery will come off sale at 11.59pm on Monday 22nd August, but will still be able to collect or purchase from the Stevenage FC Club Shop until 4pm on Friday 26th August.

The Stevenage FC Supporters Association coach will be departing The Lamex Stadium at 9am on the day of the game, so please ensure to arrive with time to spare in order to confirm a scheduled departure. Tickets cost £30 for SA members and £35 for non-members.

The X43 Witchway Bus runs from Chorlton Street (Stop EZ), along Deansgate and up the A56 with a total journey time, including walking to the ground, of 30 minutes. Buses run every 15 minutes.

Services 97 and 98 run from directly outside on Station Approach, and also run up the A56 to the junction with Moor Lane, with a journey time also of around 30 minutes. They alternate every 10 minutes.

For more travel information to the Peninsula Stadium, click here. 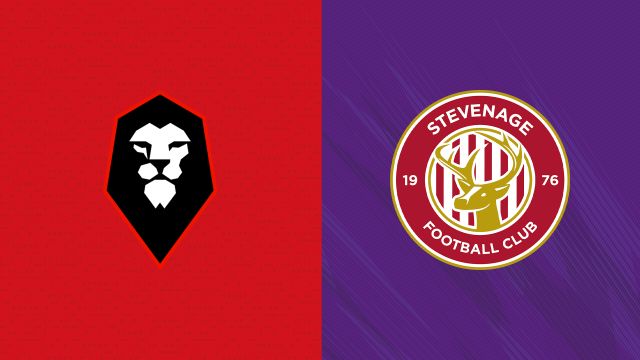 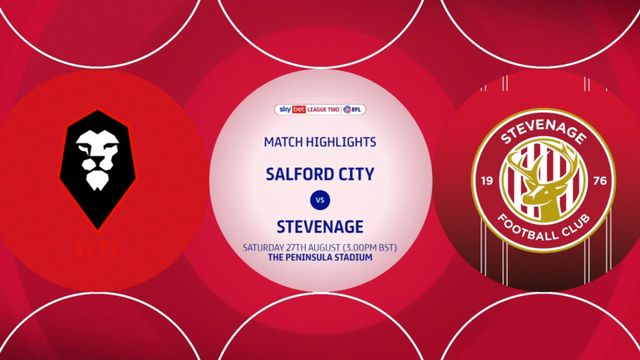 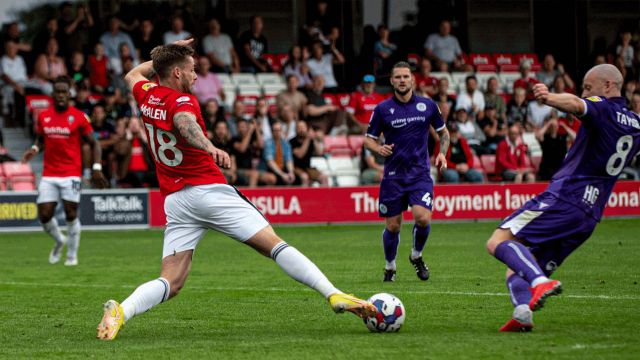