Stevenage Football Club welcome Peterborough United to The Lamex Stadium tomorrow night for a 7:45pm kick-off in The Second Round of The Carabao Cup…

After picking up four wins from five games in Sky Bet League Two, Boro’s focus turns to The Carabao Cup. A delightful 2-1 victory away to Reading put Stevenage into the hat for the second round. As for The Posh, it was a 2-0 away win in Plymouth that advanced them through to the next round.

Similarly to Stevenage, Peterborough United have had a solid start to their 2022/23 campaign. Although Grant McCann’s side are not unbeaten, they too have grabbed four wins from five games in the league. Their most recent victory came on Saturday as The Posh walked away with a 4-0 win at home to Lincoln City in Sky Bet League One.

The potential dangerman for McCann’s side is forward Jonson Clarke-Harris, who has five goals in five games to his name so far this season. Clarke-Harris signed for The Posh in the summer of 2020 from Bristol Rovers and has since scored a whopping forty-eight goals in ninety-one games.

Peterborough United appointed Grant McCann as manager back in February 2022 after his spell at Hull City ended a month prior. This is not the first time McCann had been in the dugout at Peterborough, having managed the side for two years from 2016-18. Before that, The Northern Irish manager wore The Posh shirt himself as a player, making 160 appearances in midfield.

Perhaps surprisingly, Stevenage and Peterborough have only met on five competitive occasions in the past. The Posh boast the better record with three wins, whilst Boro have just one victory over Tuesday’s opponents. The first meeting between the sides was in The League Cup First Round back in 2011, as Peterborough came away with a 4-3 victory at The Lamex.

The next time the two sides met was in 2013 and the score line didn’t quite live-up to expectations after the first meeting. Stevenage won 1-0 in Sky Bet League One with Lucas Akins scoring the all-important goal.

The most recent competitive encounter against Peterborough came in the 2019/20 FA Cup as The Posh arrived at The Lamex after being held to a 1-1 draw at The Weston Homes Stadium. The visitors clinched a 2-0 victory and advanced into the Second Round.

Chris Pollard has been appointed Match Referee for Tuesday’s fixture with Damith Bandara and Dean Treleaven as Assistants alongside Sunny Gill as Fourth Official. Pollard’s last Stevenage fixture was Boro’s 2-2 draw against Exeter City at The Lamex last campaign. 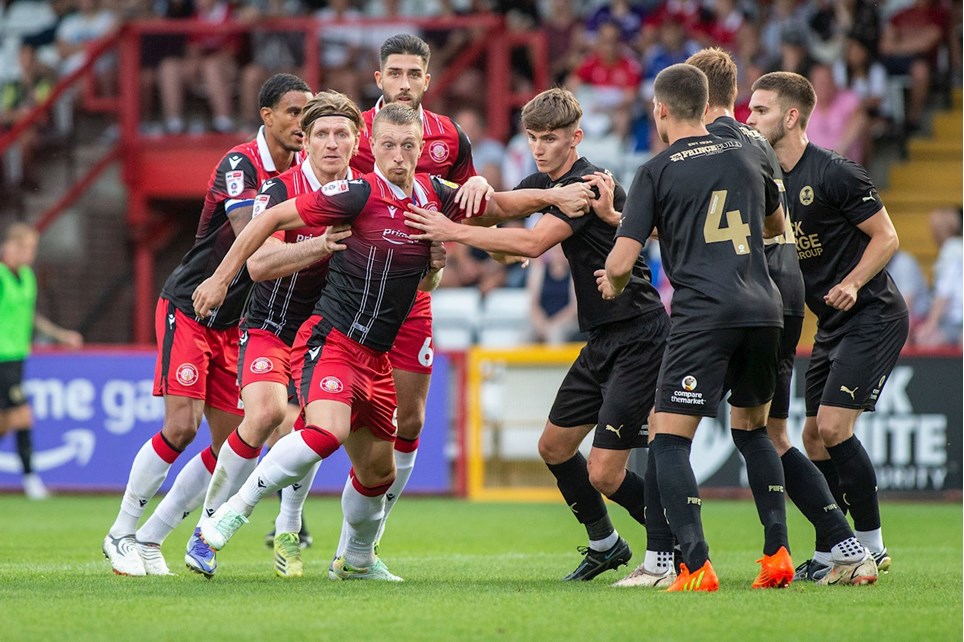 Jamie Reid's last-minute winner sends Stevenage into the Third Round of The Carabao Cup for the first time in the club's history...

After a strong start to the league campaign, Boro turned their focus to The Carabao Cup after victory against Reading meant that Stevenage would advance into the Second Round.

Perhaps unsurprisingly, Steve Evans made eight changes including a debut for quick attacker David Amoo, who had signed for the club the day prior.

Ten minutes in, Stevenage earned a free-kick just outside the area whilst the Boro fans in the East Terrace could be heard loud and clear. Jake Reeves stepped up but fired just over the bar and into the away end behind the goal.

The Posh were on the front foot just two minutes later, earning a free kick of their own. The ball was delivered into the box and deflected out to Frankie Kent who blasted his close-range effort into the side-netting.

Luther James-Wildin, who has scored a couple of pearlers in the past, pounced on an opportunity soon after, forcing his effort to be tipped over the bar by The Posh keeper Will Blackmore.

Boro were certainly applying some pressure on the Peterborough defence, winning a flurry of corners. The highlight of these corners was a Dan Sweeney header which flew just inches over the bar.

New signing, David Amoo looked a real threat in attack, with his blistering pace allowing him to be in dangerous positions. His best chance came after half an hour as he sprinted to the back post before tapping the ball just wide.

The remainder of the half was reasonably even with Peterborough growing into the game more. A reminder that after ninety minutes, the game would go to a penalty shootout if the score were level.

Just before the hour mark, The Posh showed they were not messing about, bringing on lethal strikers Jack Marriot and Jonson Clarke-Harris. The pair almost made immediate impact. Marriot squared it to Clarke-Harris who tapped home, but the linesman’s flag was raised.

Boro desperately looked for the opening goal soon after with David Amoo sending a low delivery into Saxon Earley at the back post but the Norwich loanee failed to convert.

Steve Evans introduced subs Jordan Roberts and Arthur Read in place of David Amoo and Dean Campbell to freshen things up in search of a goal.

Boro developed a counterattack with twenty minutes to go with Jake Taylor laying it off for Jamie Reid on the right. Reid attempted to play the ball across goal, but Blackmore collected.

In the final ten minutes, The Posh threw everything in their arsenal at the Boro defence. In front of the away end, a goal-mouth scramble occurred with the ball being blocked on the line and eventually cleared. The fact the ball did not hit the back of the net was quite inexplicable.

Five minutes remained and Jordan Roberts played through Jamie Reid. The forward cut in on his favoured right-foot and took aim, but Blackmore denied with his feet and the danger was cleared.

The fourth official indicated three minutes of added time as both sides looked determined to get the all-important winner. To the absolute delight of The Lamex Stadium, the winner went to the home side, Stevenage Football Club.

Luther James-Wildin drilled a low ball into the box which landed at Jamie Reid’s feet who perfectly placed the ball to Blackmore’s left to send Boro into the Third Round of the Carabao Cup for the first time in the club’s history.

Match tickets are now on sale for Boro's Carabao Cup Round Two tie vs Peterborough United at The Lamex Stadium...

Kicking off at 7.45pm on Tuesday 23rd August 2022, Steve Evans' Stevenage face Grant McCann's Peterborough United in the next stage of this season's Carabao Cup. 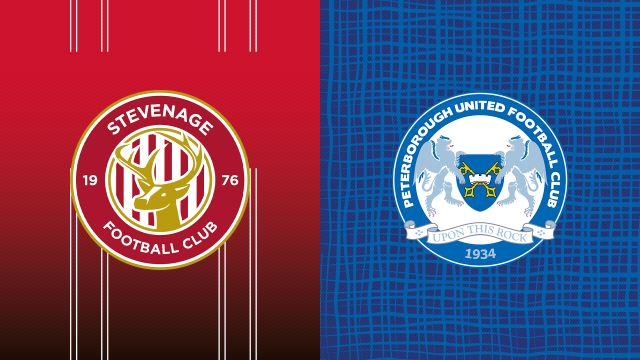 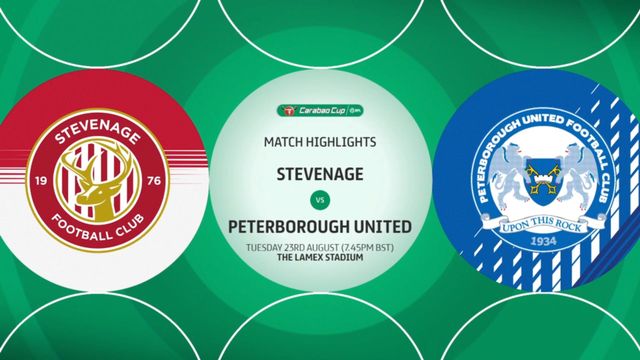 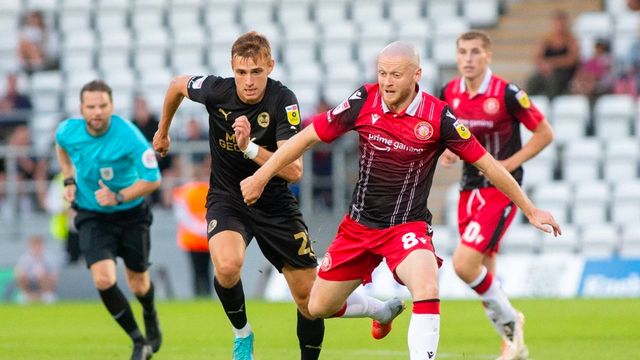