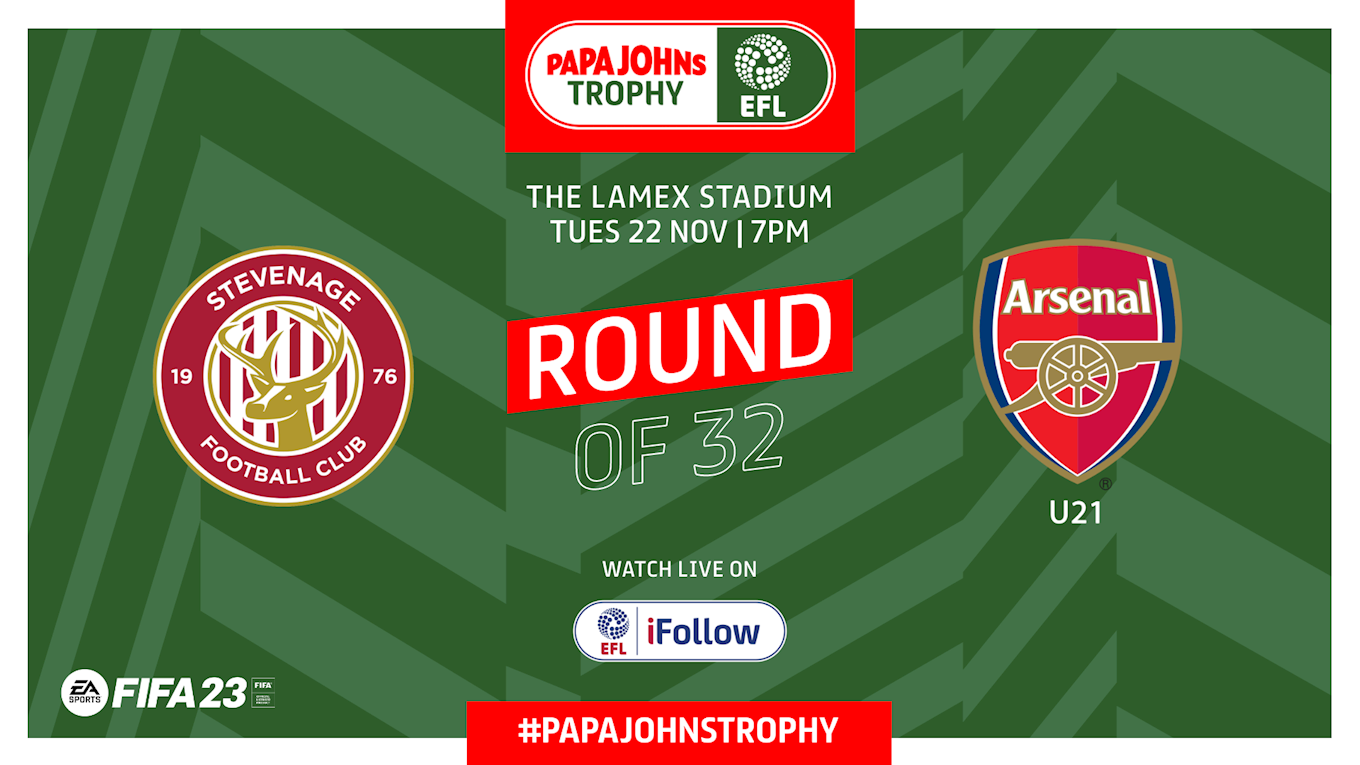 Jake Reeves' left-footed strike is cancelled out by a late equaliser as both sides share a point each...

Stevenage went on their travels to North-East Lincolnshire in the hopes of yet another three points in Sky Bet League Two. Steve Evans made just two changes from last weekend’s home win, with Saxon Earley and Jake Reeves coming in for Arthur Read and Jake Taylor.

Boro initially lined up with a back four of Luther James-Wildin, Dan Sweeney, Carl Piergianni and Saxon Earley in front of Taye Ashby-Hammond between the sticks. Terence Vancooten and Alex Gilbey positioned themselves in the middle of the park, with Jake Reeves and Max Clark either side as wide midfielders. Up top was the fierce partnership of Luke Norris and Danny Rose.

It was a bright start for Stevenage who earned themselves the first chance of the game. A Boro cross was headed out by the Grimsby defence, but only to Dan Sweeney who attempted the volley, but his effort was caught well by Max Crocombe.

Ten minutes later, Boro came excruciatingly close to opening the scoring. Max Clark found himself in the six-yard area as Jake Reeves’ shot was not dealt properly by Michee Efete. Clark had just the keeper to beat but tapped the ball wide of the far post.

Grimsby looked to grow into the game as the home crowd got behind their men. Taye Ashby-Hammond failed to clear the danger on the edge of the box, leaving almost an open goal for Danny Amos. The Grimsby man took aim from eighteen yards out but the Boro stopper recovered well and denied.

Just after the half-hour mark, Stevenage once again came close to grabbing the opener. Superb pressure from Terence Vancooten awarded him possession of the ball just outside the area. His shot was blocked, before falling to Danny Rose who took aim on the half volley, but Max Crocombe saved.

Shortly after, Grimsby were awarded a penalty after Taye Ashby-Hammond stretched out and tripped a Mariners’ attacker in the box. John McAtee stepped up to take, but Ashby-Hammond guessed correctly and kept the score level.

Right before half-time, Grimsby had arguably the best open-play chance of the half. Stevenage were hit on the counterattack as Otis Khan received the ball on the left-hand side. The Grimsby man cut in on his right foot and attempted a curling effort, but the ball crashed against the far post, rolled across the goal mouth and the danger was cleared.

The opening ten minutes of the second half were tough for Boro as Grimsby looked to increase the tempo and apply pressure on the Stevenage defence. Eventually, the Grimsby pressure slowed down and Boro were able to start playing their football. Jake Reeves laid the ball off for Max Clark who took aim with his right foot but fired wide.

Shortly after the hour mark, Danny Rose took a knock to the back of the head and was down for some time receiving treatment. This allowed Steve Evans and his coaching staff to give the players a team-talk ahead of the final twenty-five minutes.

Eventually, play was resumed, and Evans made two substitutions. Jamie Reid and David Amoo were brought on in place of Danny Rose and Max Clark.

Grimsby went back to their high-intensity offence and Boro were on the back-foot for large parts of the second half. Finally, Stevenage were able to go up the other end and create a chance themselves. David Amoo beat his man on the right-wing before his cross almost deflected over the Grimsby keeper, but Max Crocombe got a strong hand to it.

With just over ten minutes to go, Stevenage managed to find the first goal of the game. David Amoo’s superb low cross found the feet of Jamie Reid who softly played it back to Jake Reeves to fire in off the post with his weaker left foot to give Boro the lead.

Stevenage were now defending for their lives, as Grimsby won a flurry of corners. The Mariners came extremely close, but Taye Ashby-Hammond rose above everyone to catch the ball and stop the danger.

Just as the Fourth Official held up seven minutes of added time, Grimsby found their equaliser. The ball scrambled around in the area before Niall Maher managed to sneak it into the bottom corner.

Both Stevenage and Grimsby were going at it in added time, but the referee blew his final whistle to give both teams a share of the points. Now for Tuesday, as Boro take on Arsenal’s youth in the Papa John’s Trophy.

Kicking off at 3pm in Sky Bet League Two, Steve Evans’ men make the 310-mile round trip to Blundell Park to take on Paul Hurst’s Mariners.

Match tickets are available online at www.borotickets.co.uk, from the Stevenage FC Club Shop (open Mondays, Tuesdays, Fridays 10am-5pm) and from Blundell Park on the day of the game (Adult & Concessions increase by £2).

Online ticket sales for delivery will come off sale at 11.59pm on Tuesday 15th November, but will still be able to collect or purchase from the Stevenage FC Club Shop until 4pm on Friday 18th November.

The Stevenage FC Supporters Association coach will be departing The Lamex Stadium at 9:30am on the day of the game, so please ensure to arrive with time to spare in order to confirm a scheduled departure. Tickets cost £25 for SA members and £30 for non-members.

Purchase your train ticket to Grimsby at www.nationalrail.co.uk and keep up-to-date with latest travel info by following @nationalrailenq. 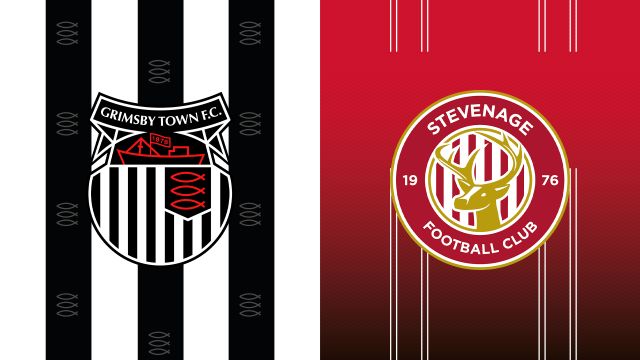 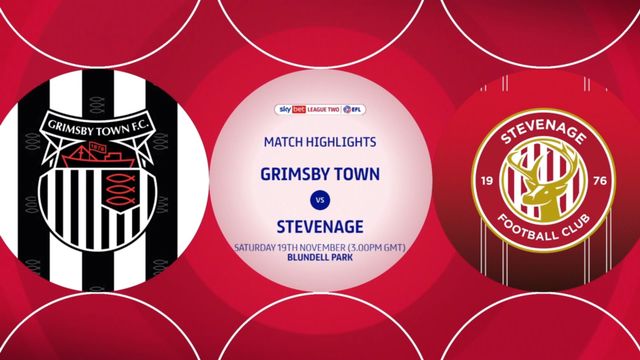 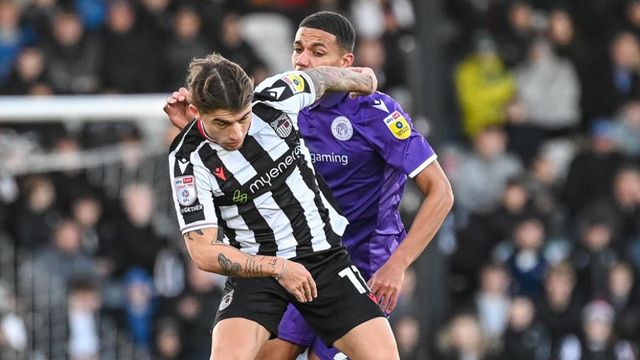