Kicking off at 3pm in Sky Bet League Two, Steve Evans’ men refocus on the league after recent outings in the FA Cup and League Cup with Keith Curle’s Hartlepool United the visitors.

Ahead of kick-off, the two teams will be led out by representatives from Stevenage branch of the Royal British Legion before holding a moment's silence upon the sounding of the Last Post to commemorate the sacrifices of servicemen and women in conflicts past and present. 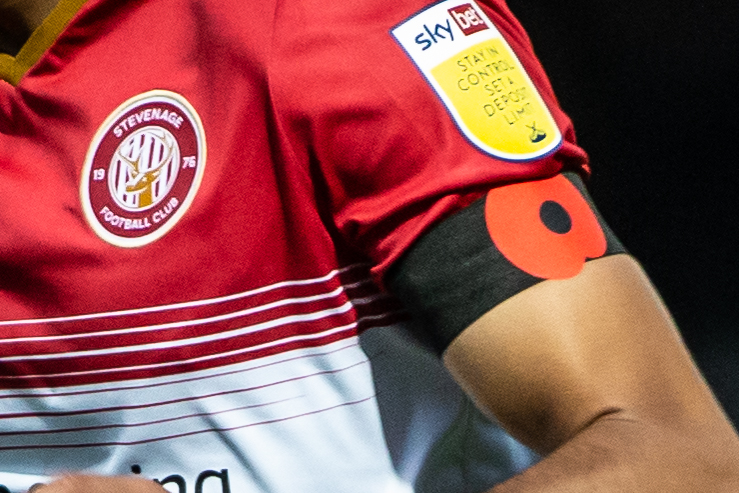 Military personnel of the British Legion will be in attendance throughout the day to help raise money for the Poppy Appeal, while all Stevenage players will wear poppy armbands on their sleeve for the match. 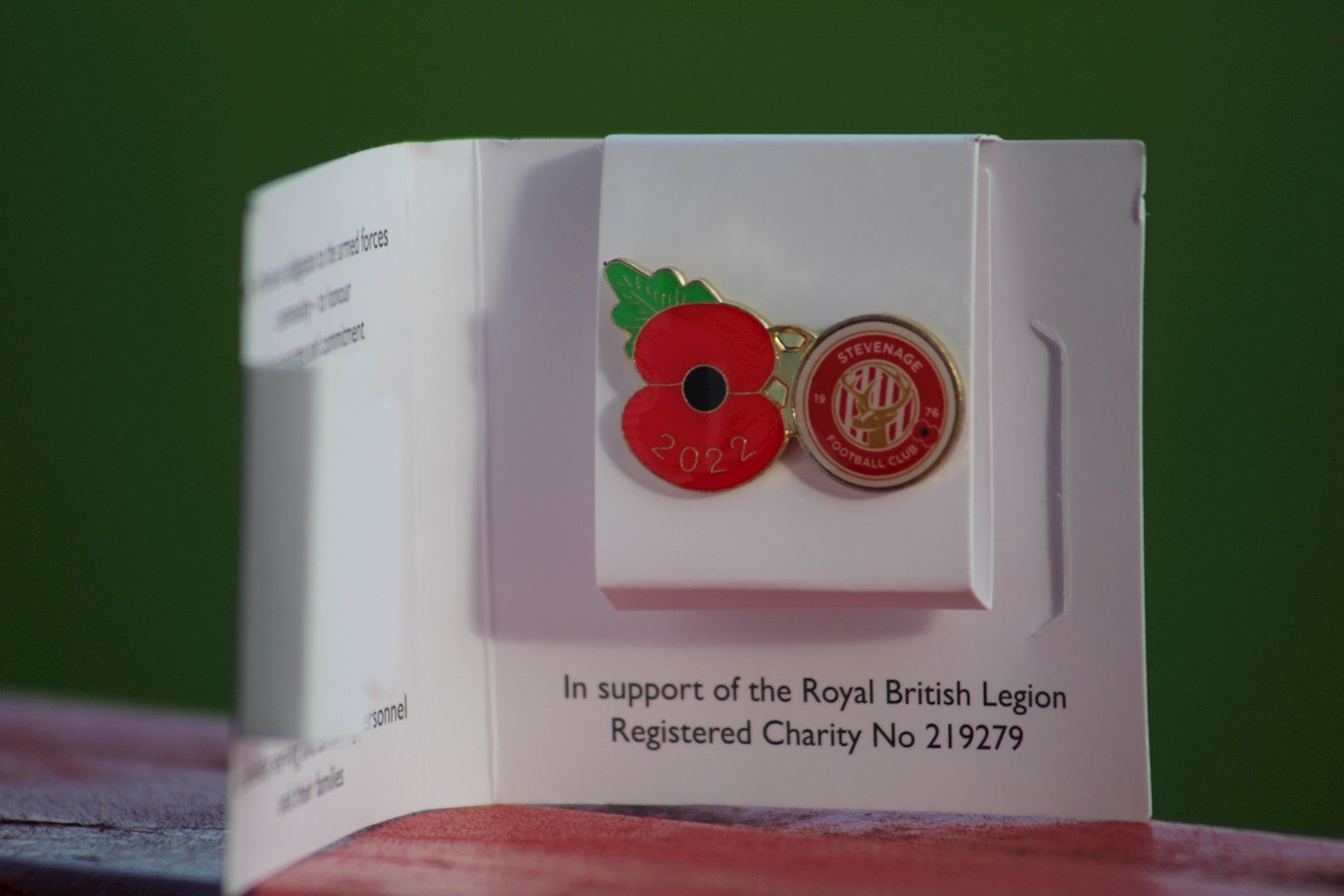 Please click HERE to donate to the Royal British Legion or here to purchase a Stevenage FC poppy.

Saturday's game is our Kids Takeover and we have seven young Stevenage fans taking on different Matchday roles for the day.

Keep an eye out around the ground for our ‘mini matchday helpers’, who will be taking over for the day in roles such as ‘Mini Manager’ to ‘Mini Commentator’! 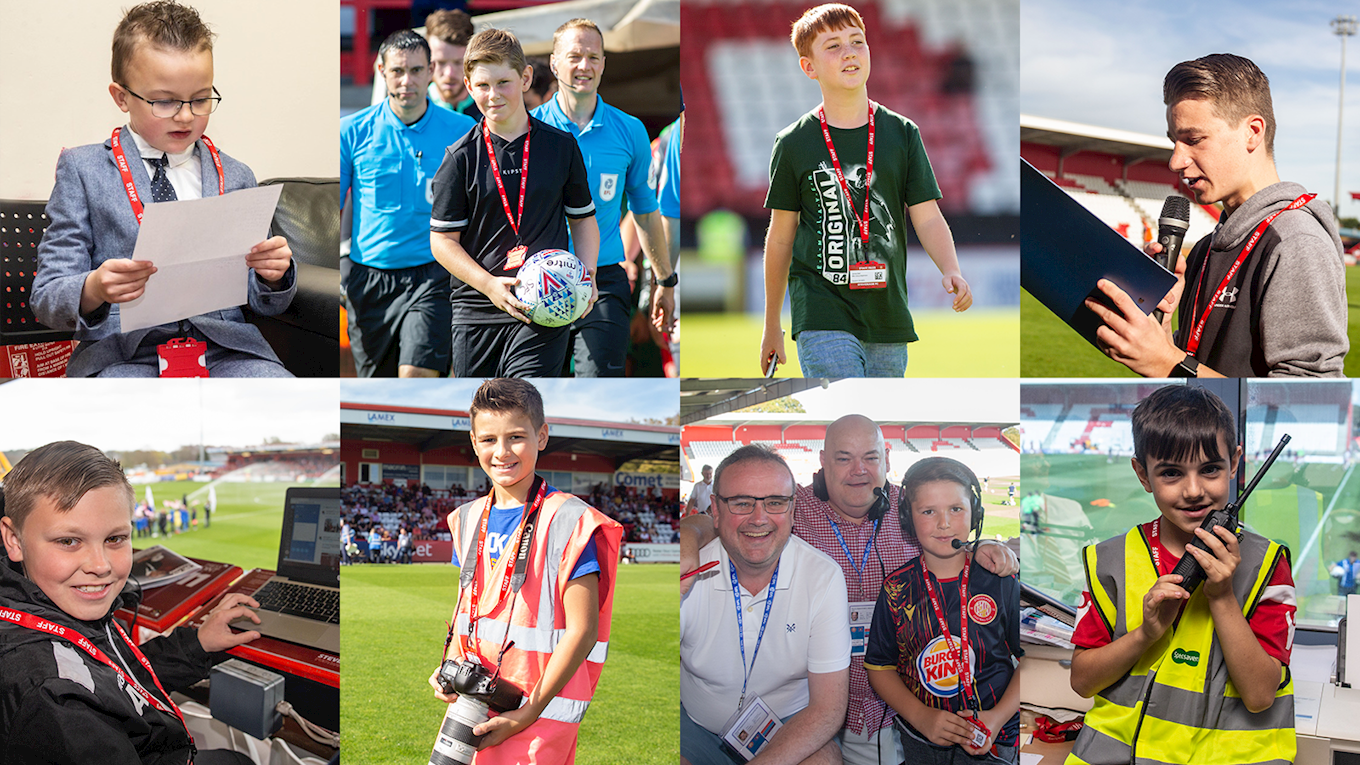 Our friends at @TheBroadhallWay will be hosting a pop-up shop at The Broadhall Suite ahead of the game on Saturday. Soak up the pre-match atmosphere while browsing through a range of retro Boro products, with all proceeds going to Mind in Mid Herts.

The Stevenage FC Club Shop is open from midday on Saturday all the way up until kick-off at 3pm, and again for fifteen minutes after the game.

Visit us ahead of the game to pick up your 2022/23 Prime Gaming replica shirts, browse a variety of Boro merchandise and purchase tickets for future fixtures in-store. 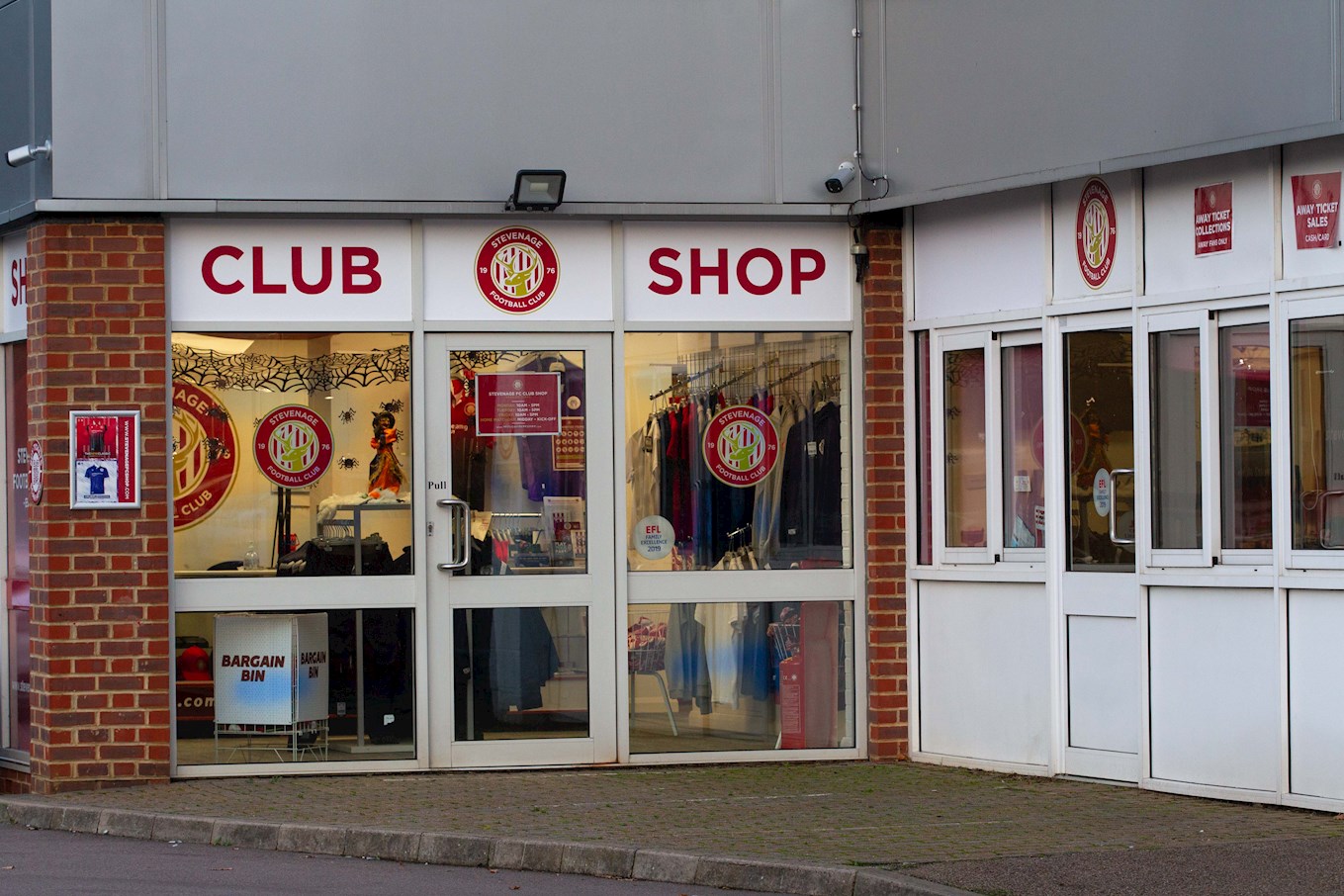 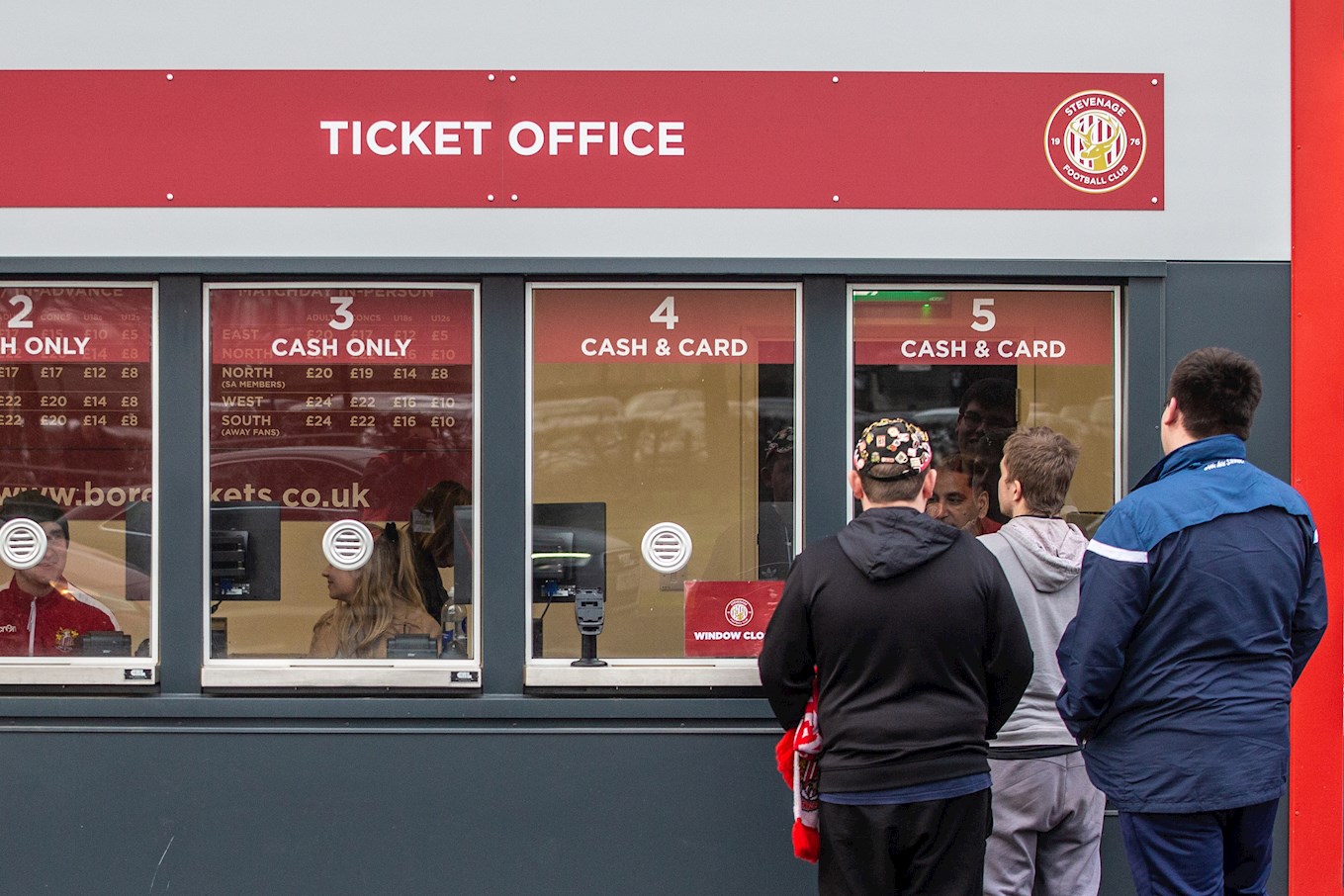 Located inside the North Stand, The 76 Lounge is open to both home and away supporters from midday all the way up until kick-off and again at half-time for those with a North Stand ticket.. 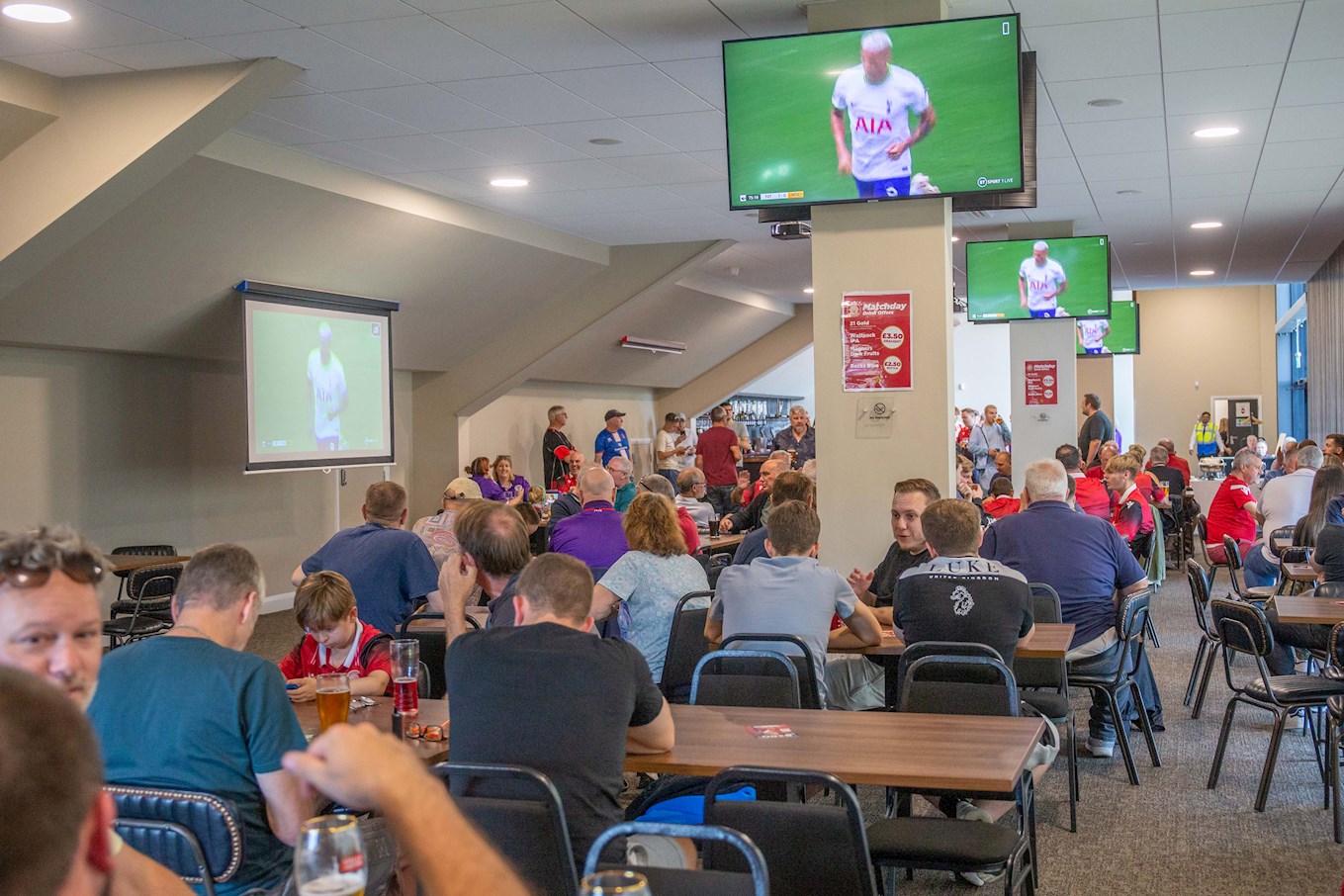 The Broadhall Suite is open to both sets of supporters too, from midday until kick-off.

Please note, neither The 76 Lounge nor The Broadhall Suite will be open after the game. 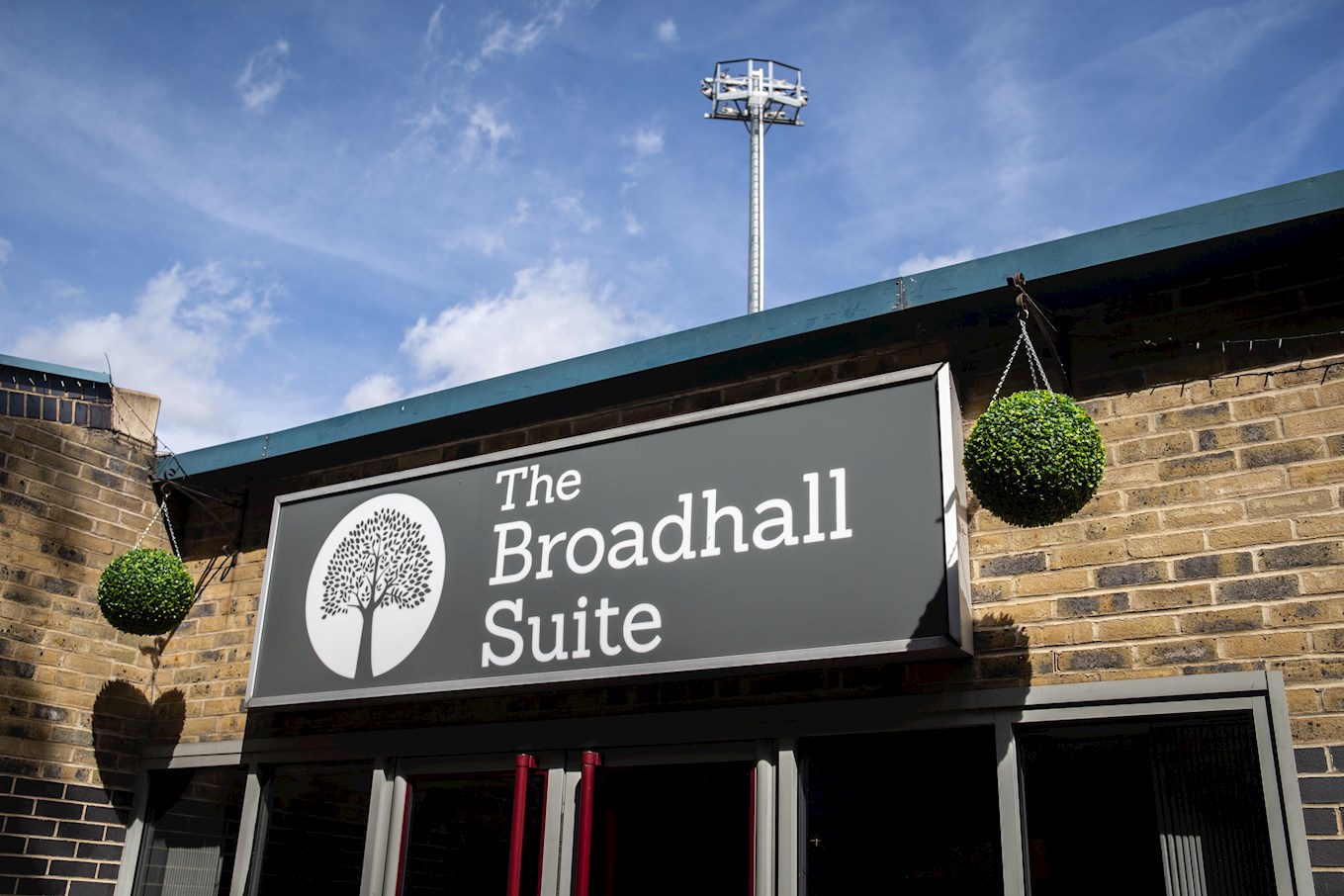 Tea bars around The Lamex Stadium are now card only when purchasing food and drink around the ground. 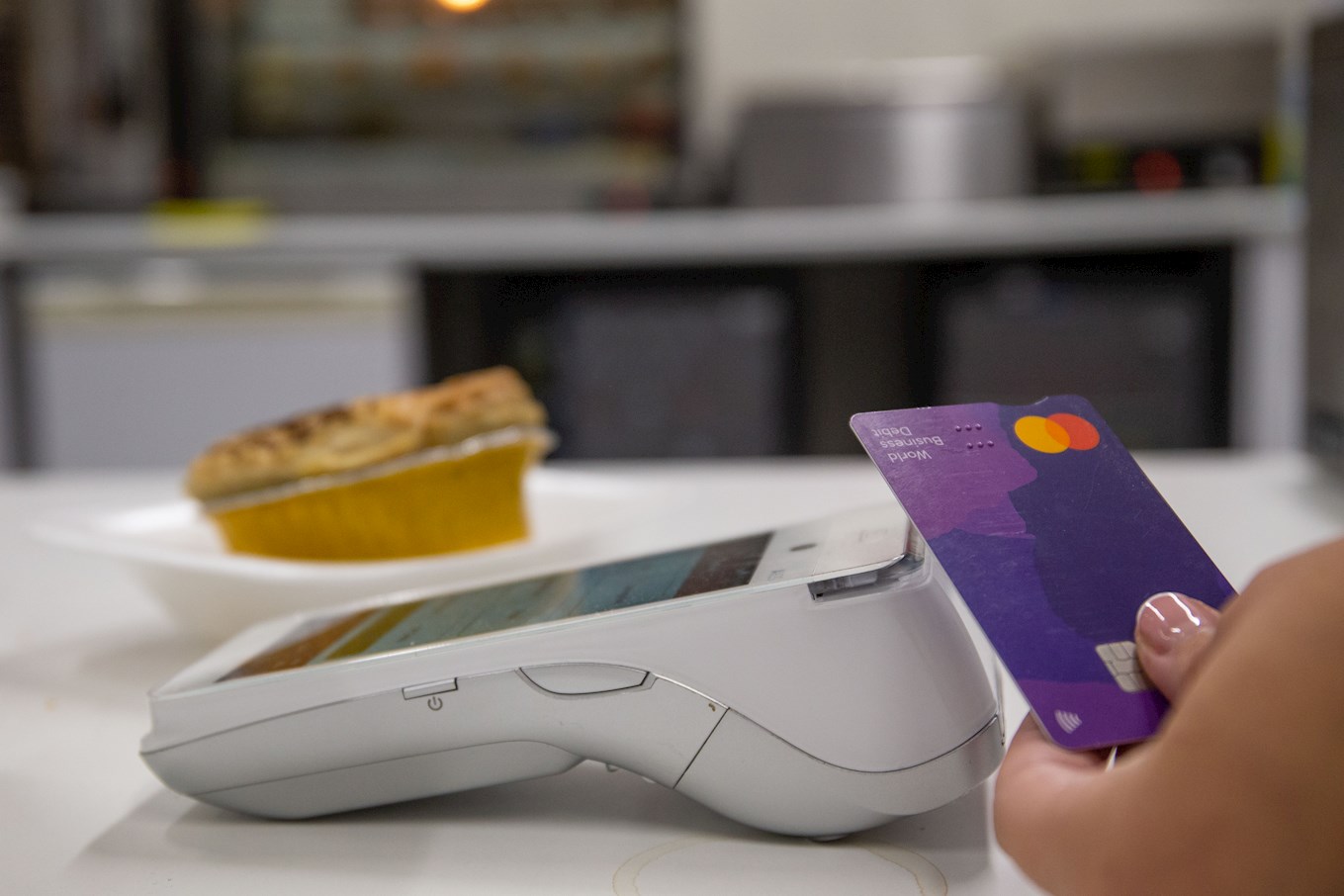 Supporters can listen to Stevenage vs Hartlepool United with an iFollow Audio Match Pass, available to purchase for £2.50. 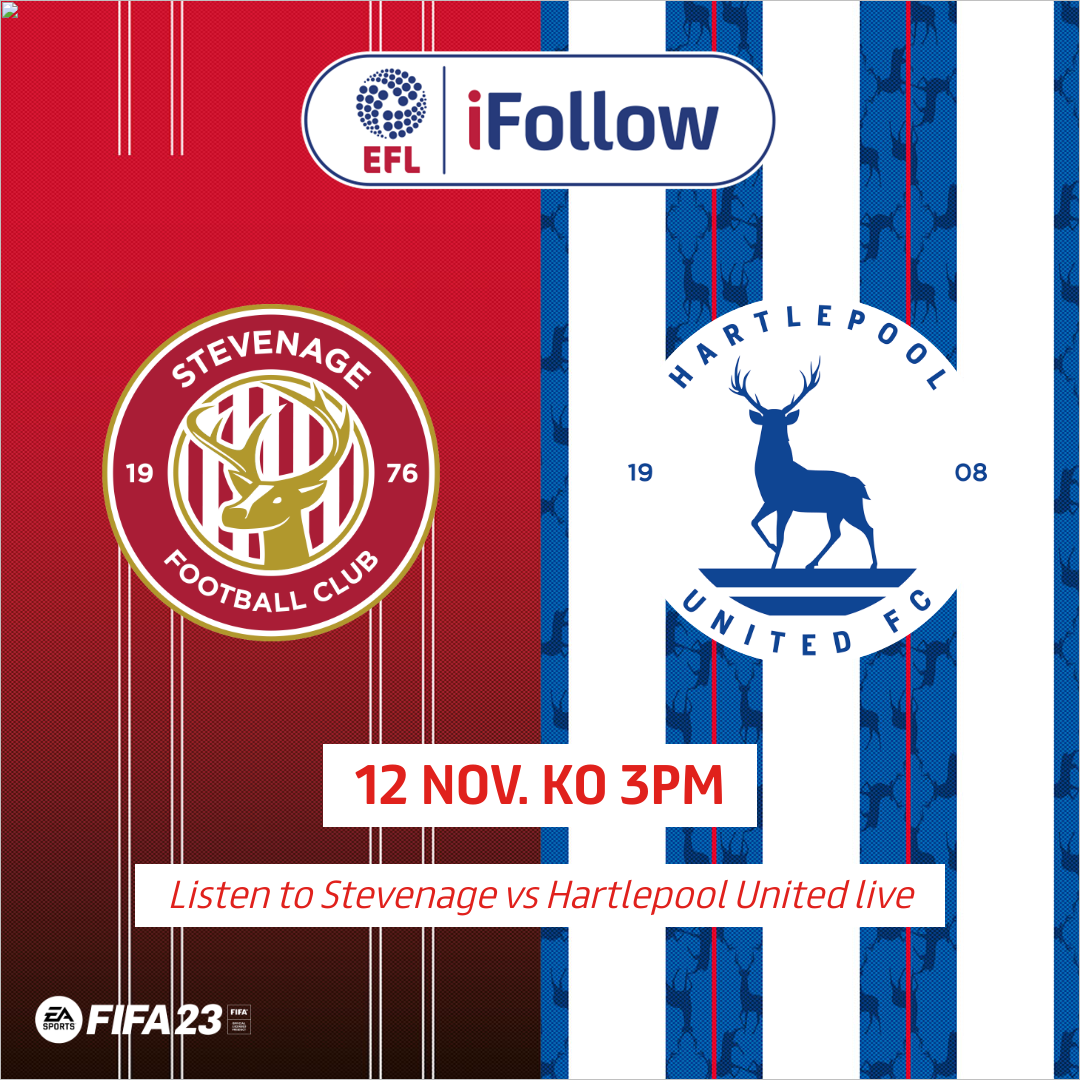 Located in the West Stand Car Park, the Kids' Zone at The Lamex Stadium is packed with new fun & games for kids and families to enjoy ahead of kick-off! From a soccer speed cage to a gazebo full of entertaining things to see and do, there is something for everyone to enjoy in the build-up to the big game. 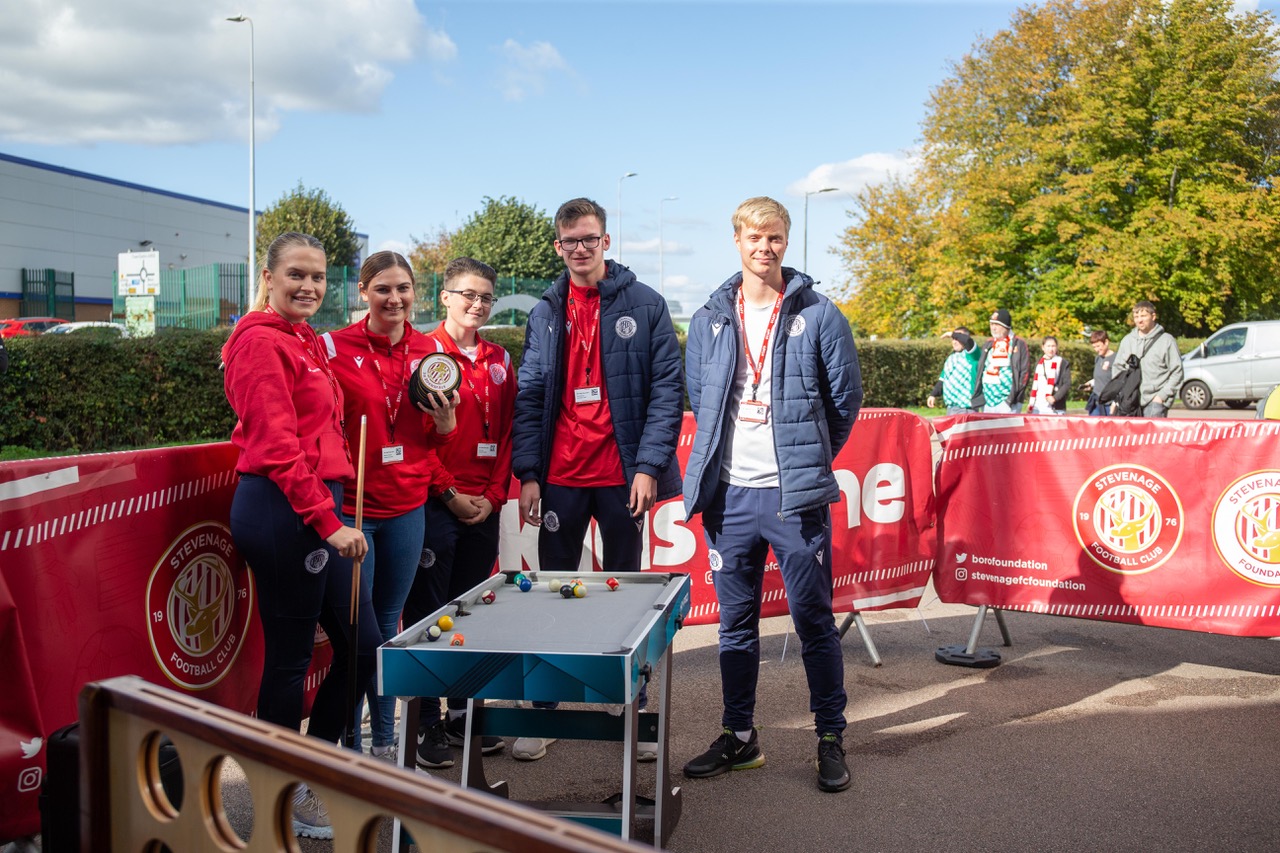 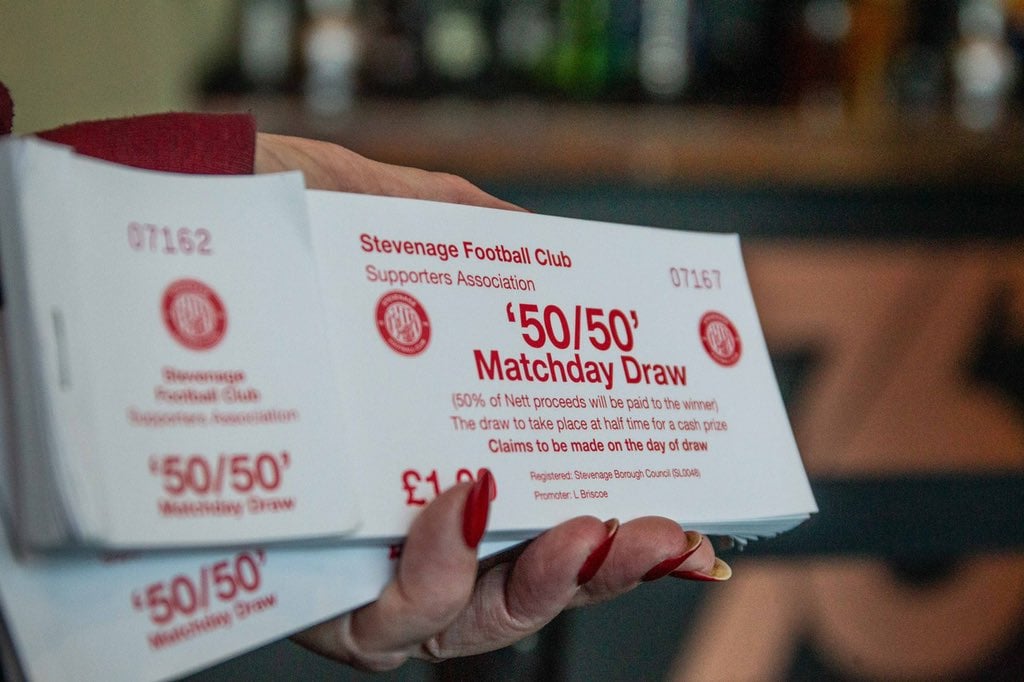 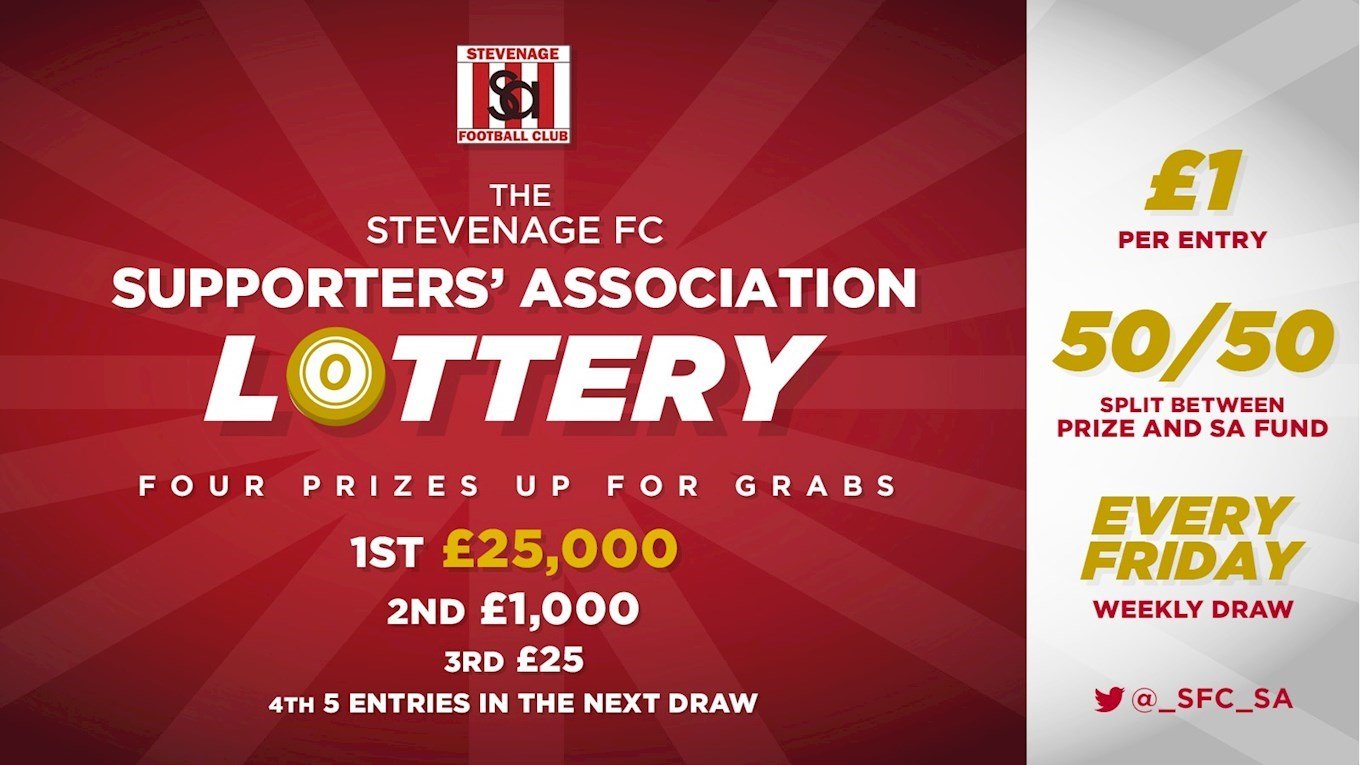 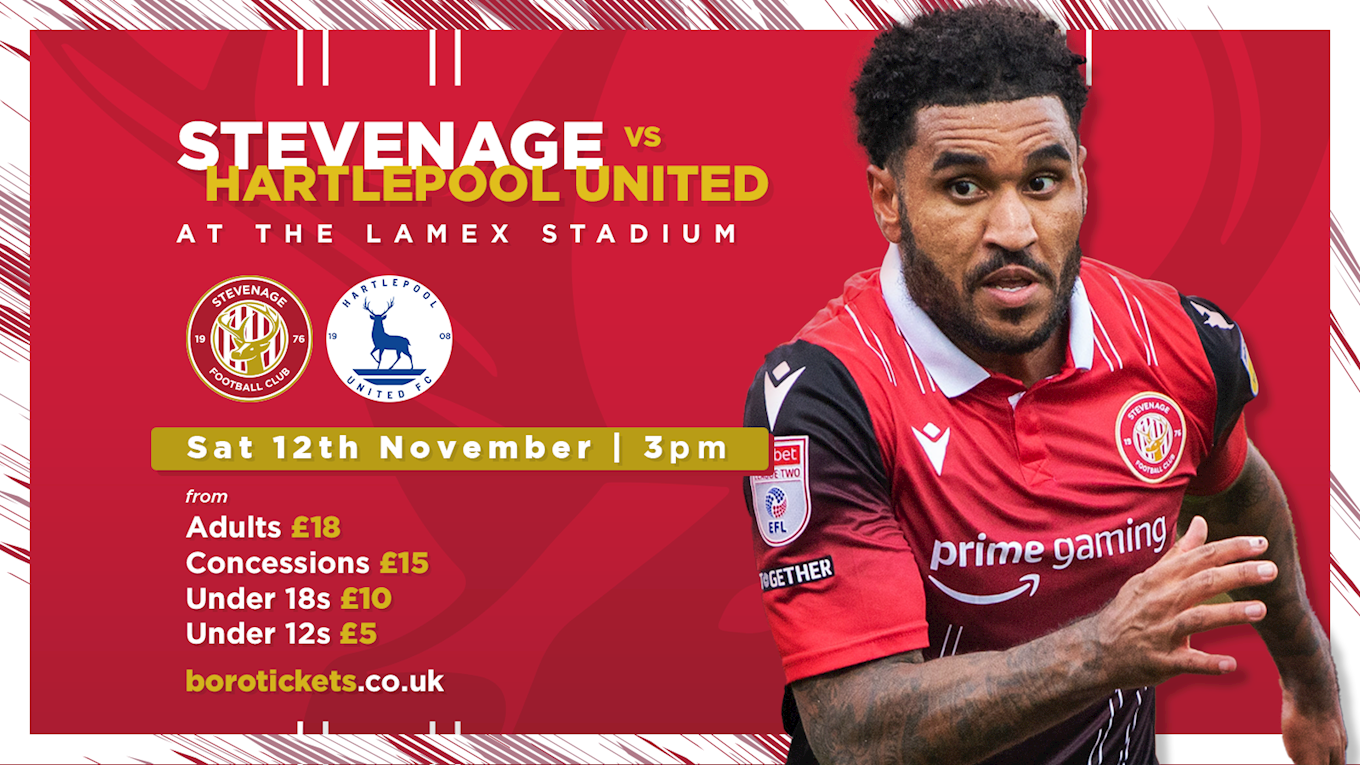 Danny Rose grabs a late winner in extraordinary fashion to give Stevenage all three points...

Stevenage returned to Sky Bet League Two action after bowing out of the Carabao Cup on Tuesday evening. Just two changes were made from that determined performance, with Taye Ashby-Hammond and Alex Gilbey coming in for Aaron Chapman and Michael Bostwick.

Steve Evans opted for a four at the back of Luther James-Wildin, Dan Sweeney, Carl Piergianni and Max Clark. Terence Vancooten, Alex Gilbey, Arthur Read and Jake Taylor formed a diamond formation in midfield, behind the strike partnership of Luke Norris and Danny Rose.

The first ten minutes of the game lacked chances as both sides attempted to get the ball on the ground and play their football. This was until the twelfth minute as Josh Umerah’s header bounced off the crossbar, giving Stevenage an early let-off.

The Pools continued to put pressure on the Boro defence soon after and came close to opening the scoring. Dangerman, Josh Umerah, dragged his effort just wide of the far post from inside the area.

On the half-hour mark, it was Boro’s turn to narrowly miss. Arthur Read’s out-swinging corner found the head of Carl Piergianni who headed inches past the post.

A half chance for Stevenage followed soon after, as Luke Norris calmly touched the ball down with his chest before volleying wide of the post from outside the area. Evans then made his first change of the afternoon after just thirty-six minutes, with Jake Taylor being replaced by Jake Reeves.

In the final stages of the half, A free-kick routine from the training ground almost led to a Stevenage goal. Arthur Read’s delightful chip to Carl Piergianni in the box allowed the captain to head it down for Alex Gilbey, who touched it down with his chest, but the goalkeeper collected before he could tap in.

The Second half soon began, and it was The Pools who created the first chance since the break. Josh Umerah, once again, took aim from inside the area, but Taye Ashby-Hammond got down quickly to deny.

Stevenage were unable to pose much of a threat to the Hartlepool defence until the hour mark, but managed to come close soon after. Max Clark’s left-footed cross found the head of Danny Rose who could only head into the hands of Ben Killip.

Then, Steve Evans decided to make a triple substitution in an attempt to increase the tempo. Luke Norris, Max Clark and Alex Gilbey were brought off for Jamie Reid, Saxon Earley and Dean Campbell respectively.

Twenty minutes remained as the score remained goalless. Boro came close again and were looking determined to take the lead. The ball bounced off several legs in the box, before falling to Carl Piergianni who fired over the bar from close-range.

With just ten minutes to go, Stevenage took the lead in quite extraordinary fashion. Danny Rose missed a diving header and chose to stay in the goal without Pools stopper, Ben Killip, knowing, as he held the ball in his hands. As soon as Killip rolled the ball onto the floor, Rose raced behind him, stole the ball and slotted it into an empty net to entertain The Lamex crowd and give his side the lead.

Not long after, Boro nearly doubled their lead. Carl Piergianni’s header was parried into the path of Dan Sweeney who swung his foot at the ball and fired into the side-netting from point-blank range.

Four minutes of added time were left to play as Stevenage kept the ball in Hartlepool’s half. Danny Rose was full of confidence as he skipped past multiple defenders and was fouled in the process. Eventually the referee blew for full-time to award Stevenage all three points after a dramatic winner. Now for a week on the training ground before a trip to Grimsby Town next weekend.

Stevenage take on Hartlepool United at The Lamex Stadium in Sky Bet League Two on Saturday 12th November 2022 at 3pm... 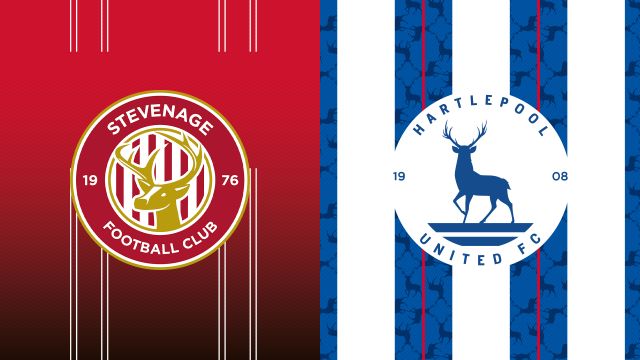 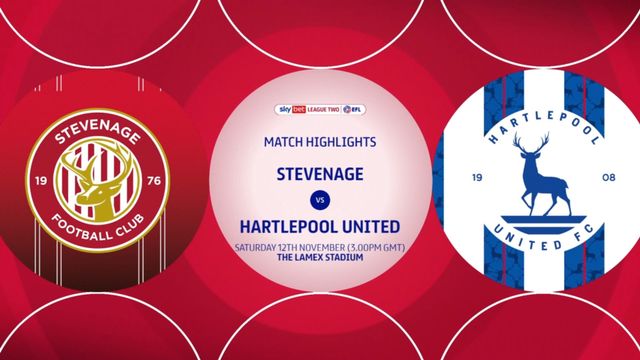 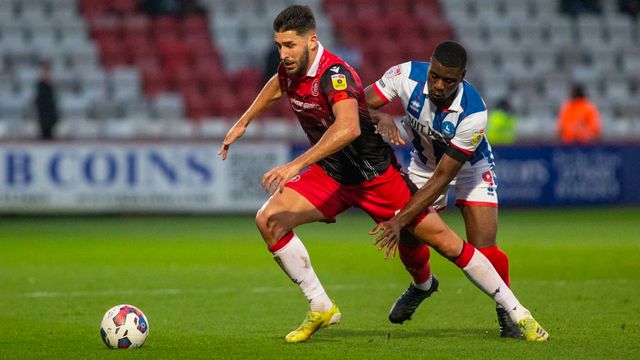