Boro travelled to North Essex in search of another three points after an excellent start to the campaign. Steve Evans made just two changes from Tuesday’s victory in Doncaster as Carl Piergianni and Luke Norris replaced Arthur Read and Jamie Reid. Piergianni’s return to the starting eleven meant the side went back to the favoured back three.

After just five minutes, Boro were stunned as Colchester took an early lead. Stevenage failed to clear the danger as the ball fell to Marley Marshall Miranda on the edge of the box whose wonder-strike found the top right corner.

Boro’s reaction after the goal was perfect as they looked like a side on a mission and just ten minutes after the opener, they found their equaliser. Max Clark’s superb ball to Jordan Roberts on the left wing allowed the man in form to send a cross into Danny Rose to nod home with intent and level the scoring.

Stevenage looked to keep the momentum in their hands soon after in order to take the lead. Luke Norris won possession of the ball on the left hand-side of the area before sending a dangerous ball in, as a Colchester defender’s deflection bounced off the crossbar and out for a corner.

The chances were coming thick and fast for Stevenage, and it looked as if balls into the area was the key. This time, it was Max Clark’s corner that Found Carl Piergianni’s head, but the captain’s effort flew into the arms of the U’s stopper Sam Hornby.

In the closing stages of the half, Jake Reeves received the ball on the edge of the area before taking aim with his weaker left foot, but his effort sailed over the bar. The referee then blew for half-time as the sides went into the break level.

The second half started slow as Boro attempted to play their football and put pressure on the Colchester defence. On the hour mark, Max Clark’s corner found Piergianni once again, but the defender headed over.

Five minutes later, Stevenage came close again. The U’s defence scrambled as the ball fell to Terence Vancooten whose effort was blocked, before Alex Gilbey took aim and also saw his effort blocked. Boro appealed for handball inside the area, but nothing was given.

Colchester were awarded a free kick just outside the area as Carl Piergianni was booked. The free kick flew just wide of the far post before Evans opted for a triple change. Luke Norris, Jake Reeves and Max Clark made way for Jamie Reid, Jake Taylor and Saxon Earley respectively. Terence Vancooten moved into the holding midfield role, meaning Boro would play with a back four for the final ten minutes.

Stevenage were on the front foot now, looking for a late winner. Terence Vancooten picked up the ball from twenty-five yards and took aim, but his powerful effort flew just over the bar.

After withstanding some Colchester pressure, Boro had the ball in the opposing half and earned themselves a corner. Alex Gilbey’s delivery was pinpoint to Carl Piergianni whose header bounced off the post to the despair of the Stevenage supporters behind the goal.

The clock was ticking and just seconds remained. Taye Ashby-Hammond sent the ball into the area, as it was headed out to Alex Gilbey’s whose sublime effort flew agonisingly wide of the post as the referee blew for full-time. Stevenage go home with a point as they turn their attention to The FA Cup next Saturday with a trip to Gateshead.

Attendance: 3486 including 531 away supporters.

Kicking off at 3pm in Sky Bet League Two, Steve Evans’ men make the short trip to Essex and the JobServe Community Stadium to take on Colchester United.

The Stevenage FC Supporters Association coach will be departing The Lamex Stadium at midday on the day of the game, so please ensure to arrive with time to spare in order to confirm a scheduled departure. Tickets cost £20 for SA members and £25 for non-members.

Purchase your train ticket to Colchester at www.nationalrail.co.uk and keep up-to-date with latest travel info by following @nationalrailenq. 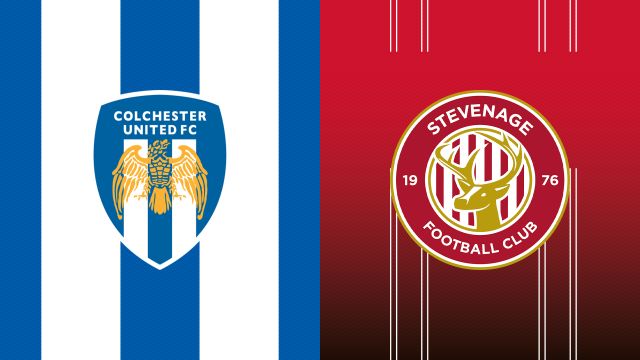 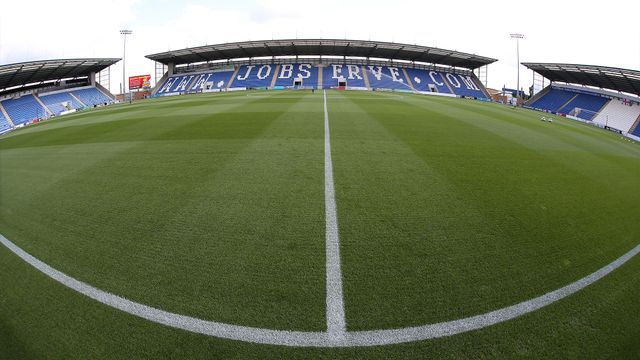