Watching on from the press box at the Eco-Power Stadium following his red card on Saturday, Steve Evans named five changes to his starting eleven.

Opting for a back four with Carl Piergianni on the bench, Luther James-Wildin and Max Clark were reintroduced to the line-up at full-back. Jake Reeves returned along with Arthur Read and Jordan Roberts in midfield, backing an unchanged top two of Danny Rose and Jamie Reid.

Steve Evans’ men started the game looking like a side with a point to prove. Away from home, Boro started on the front foot and looked the more comfortable in possession of the two sides.

Within the first ten minutes, Boro were the first side to test the opposition’s goalkeeper. After picking the ball up just outside the Doncaster area, Alex Gilbey tried his luck with a fierce right-footed shot, only to direct it straight at Jonathan Mitchell to make a simple stop.

Midway through the half, Doncaster would go agonisingly close to taking the lead. After Harrison Biggins took control of a loose ball in the middle of the park, the midfielder looked to catch Taye Ashby-Hammond off his line from the half way mark. The Boro stopper was beaten; however, the woodwork wasn’t as the ball cannoned off the top edge and behind for a goal kick.

Minutes later, Boro took a deserved lead in South Yorkshire. From a Max Clark throw in on the left high up the pitch, Arthur Read picked up possession before whipping a wicked cross into the danger zone. Back from suspension, Jordan Roberts was also back in the goals and headed home from six yards out.

The remained of the half was a balanced display, with half chances for both sides but it would be Steve Evans’ men taking the lead into the break.

It was almost the perfect start to the second period when Danny Rose picked the ball up on the edge of the Doncaster box, but the Barnsley-born forward could only spin and drag his shot just wide of the near post.

With over half an hour to go, Steve Evans made a triple substitution in a bid to freshen his team up and make sure the lead wasn’t going to slip away. Jake Taylor, Luke Norris and Saxon Earley entered the fray as Boro entered into a tense final third of the game.

Dan Sweeney went close to doubling Stevenage’s lead and putting the game to bed minutes later, when the defender swung his left foot at the ball from the corner of the home side’s penalty area – but again Jonathan Mitchell was there to make the stop and keep the hosts in the game.

Carl Piergianni came on for Danny Rose with quarter of an hour to play, just before Doncaster had what looked their best chance of the game. It was the same man who went close from halfway in the first half, Harrison Biggins, this time from within the six-yard box and somehow fired wide with a free header. A let-off for Stevenage as the clock ticked towards the ninety.

That would be the hosts’ last chance of the game, as Steve Evans’ side stood strong to keep a hold of the clean sheet and earn a valuable three points on the road.

Kicking off at 7.45pm in Sky Bet League Two, Steve Evans’ men make the 266-mile round trip to the Eco-Power Stadium to take on Gary McSheffrey’s Donny.

Match tickets are available online at www.borotickets.co.uk, from the Stevenage FC Club Shop (open Mondays, Tuesdays, Fridays 10am-5pm) and from the Ticket Office at the Eco-Power Stadium on the day of the game.

Disabled supporters are charged at the full price for their age category and are entitled to bring a carer free of charge. Doncaster Rovers have five accessible parking bays at a cost of £5 available from 10 days prior to the game by calling 01302 762576.

Regular parking can be pre-booked via tickets.clubdoncaster.co.uk/en-GB/categories/roversparking from 10 days prior to the game.

The Stevenage FC Supporters Association coach will be departing The Lamex Stadium at 4pm on the day of the game, so please ensure to arrive with time to spare in order to confirm a scheduled departure. Tickets cost £25 for SA members and £30 for non-members.

Purchase your train ticket to Doncaster at www.thameslinkrailway.com and keep up-to-date with latest travel info by following @TLRailUK. 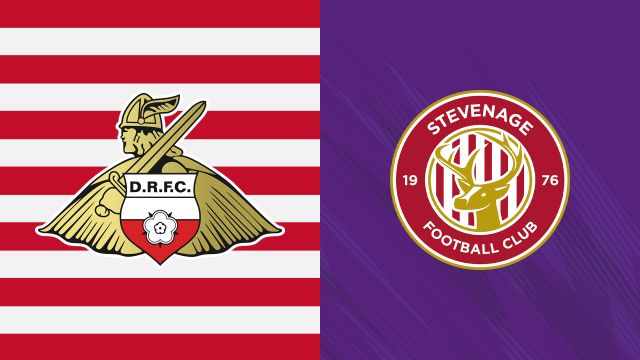 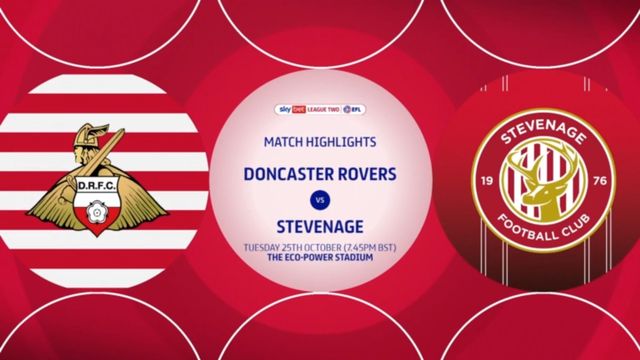 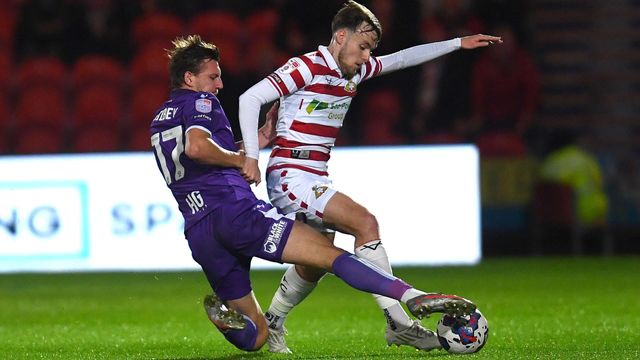