Get set for another good one...

Tickets are available at matchday prices from the turnstiles or ticket office (open from midday) for both Stevenage and Mansfield supporters. See all prices here.

Mansfield fans - take a look at our Away Fans section of the website ahead of tomorrow's game.

Pick up a programme for just £3 and read our feature interview with goalkeeper, Tom King. Continue your player sticker collection too with two stickers supplied with every matchday programme.

The Broadhall Suite will only be open to HOME & AWAY FANS from 5pm.

Two straight wins have lifted the mood on Broadhall Way after a difficult run of form over the past few months.

Since Dino Maamria’s appointment as First Team Manager, results and performances have improved at every stage.

Defeat to Colchester, a point at Grimsby and then wins at home to Barnet and away at Newport have shown a steady progression under the new boss.

Stevenage are the only team in the division who can still mathematically win promotion and be relegated, although both outcomes at this stage would be highly unlikely.

Mansfield have struggled under new boss, David Flitcroft having lost four games in a row and with no win in eight.

Despite that, the Stags are just two points off the play-off places and will have plenty of motivation going into tomorrow’s game.

The Stevenage squad is looking in good shape with very few injury issues to report on.

Mark McKee and Dean Bowditch could both feature again after missing the last few games due to knee injuries.

“Although they have lost four on the bounce, I have watched their last couple of games against Luton and Crewe and they were very unlucky to not take something out of the games.

“They still have a very good chance to make it into the play-offs, so I am sure it will be a very tough game tomorrow.

“We take each game at a time and hopefully we will win tomorrow and that will give us a real positive mentality to attack the game against Cambridge in the local derby on Saturday.” 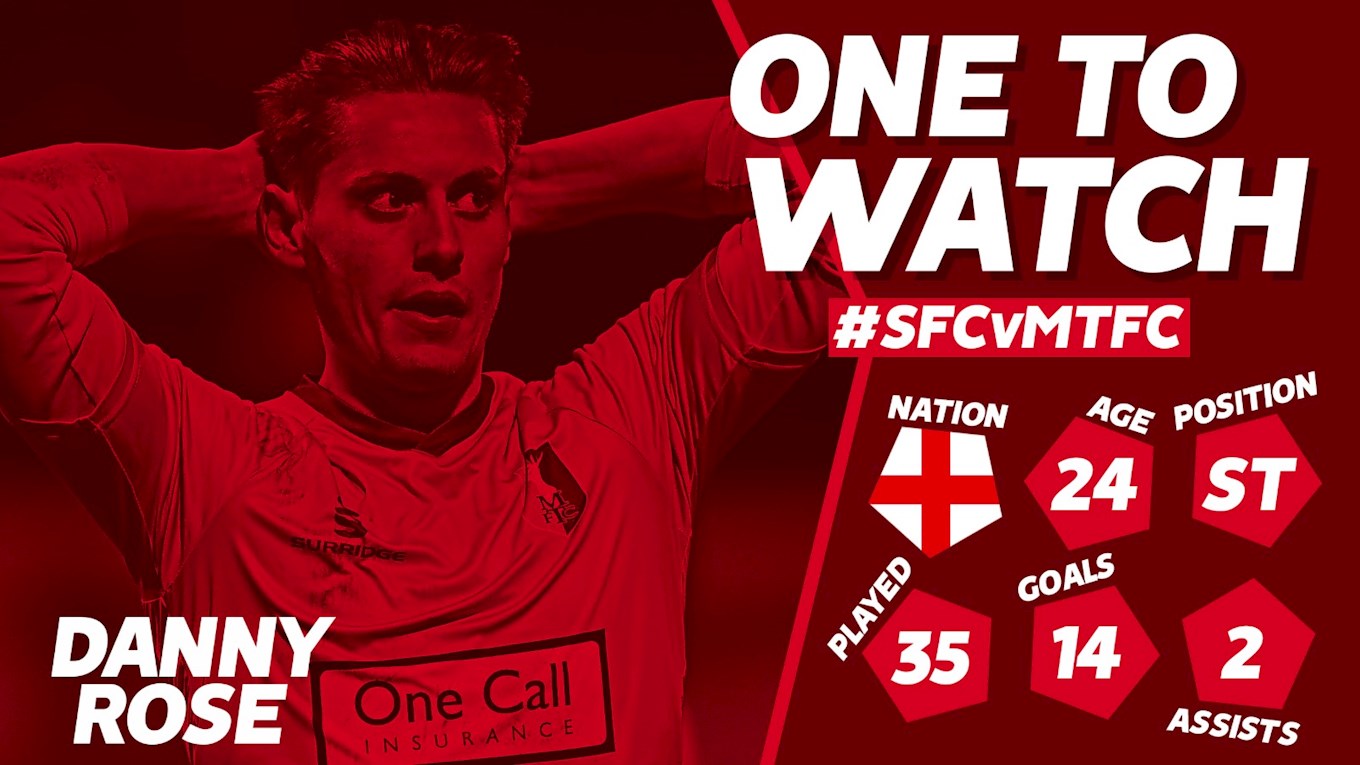 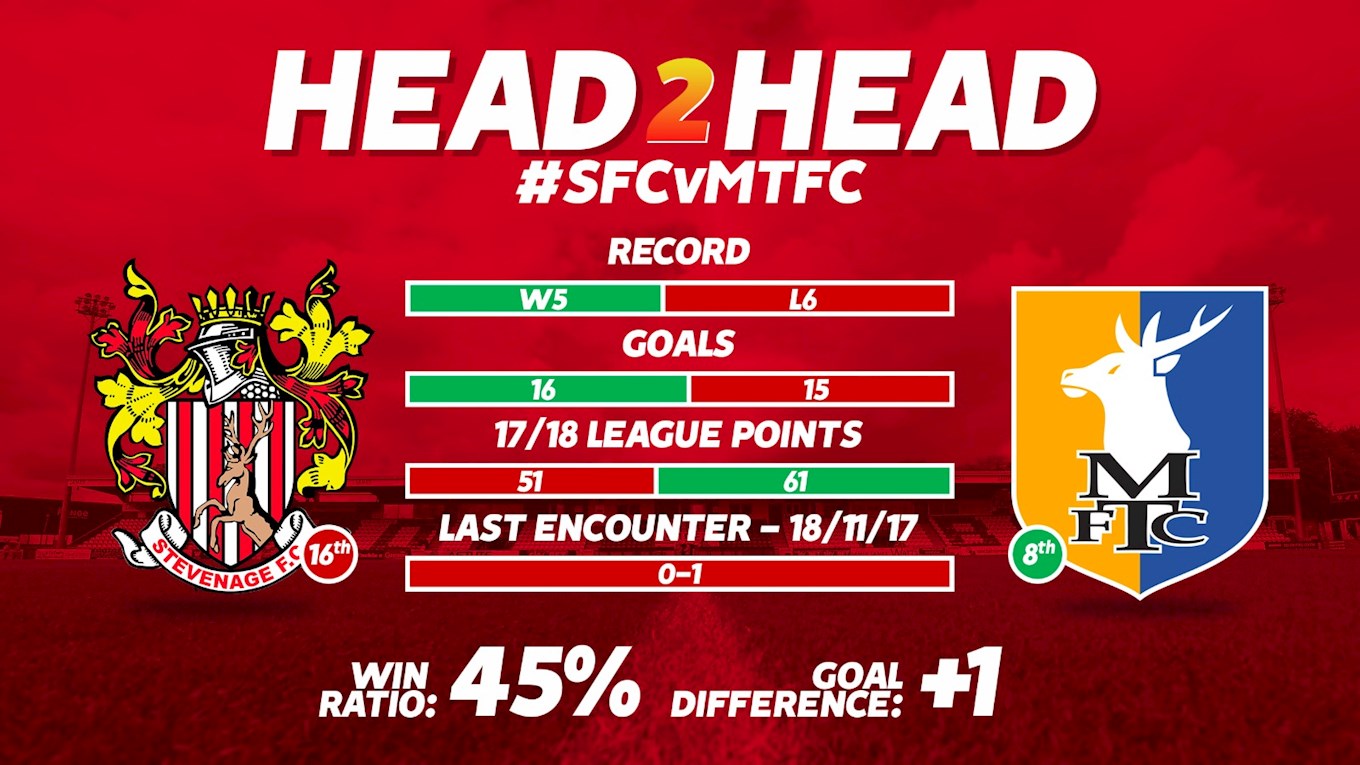 We have the small matter of Cambridge United visiting the Lamex Stadium on Saturday so make sure you get back here for another big derby clash. 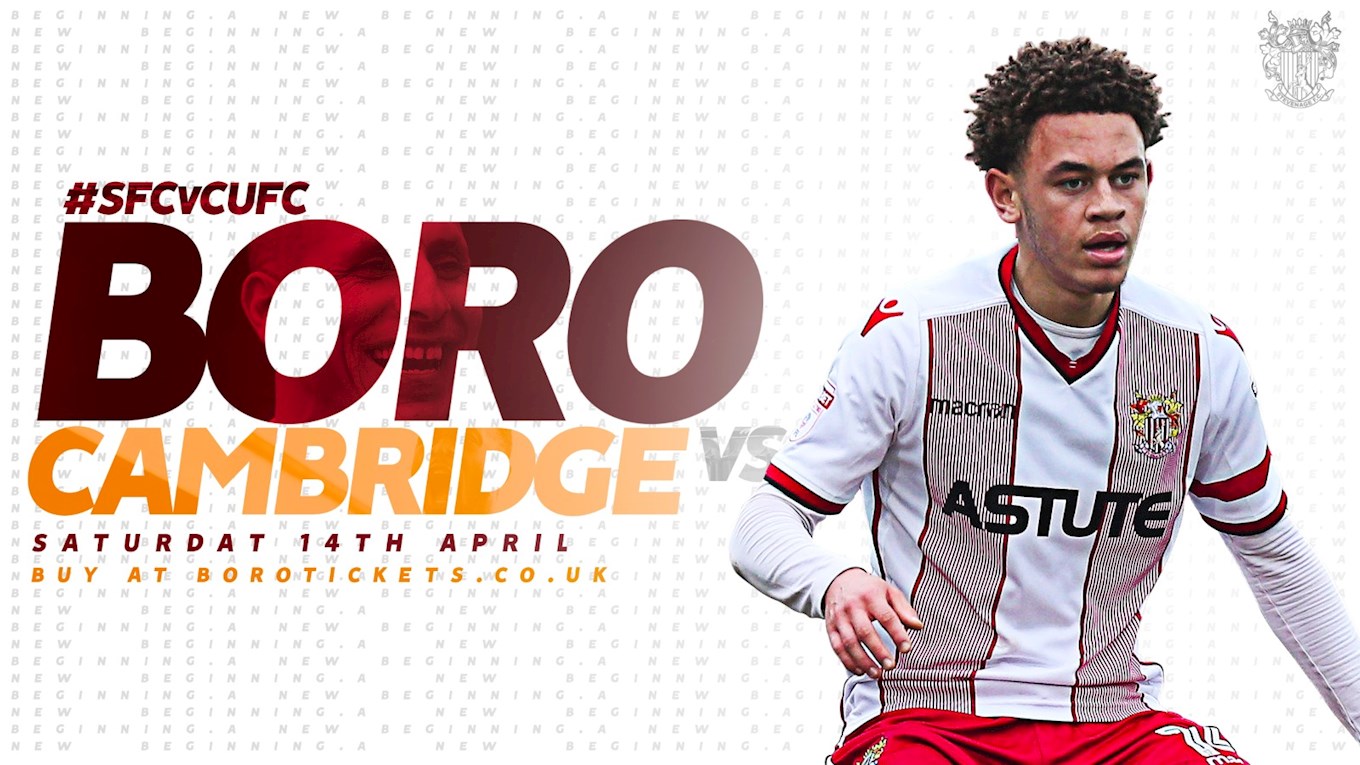 Hard earned point for the Boro...

Stevenage are now four games unbeaten, as Dino Maamria's side held out for a draw against a out of form Stags in our last Tuesday night fixture of the season.

The starting XI saw just one change from Saturday’s win at Newport, with Matty Godden returning to the side and coming in for the injured Ben Kennedy.

Whilst the bench saw the inclusion of Chelsea loanee Charlie Wakefield for the first time this season.

Dino’s boys certainly started the game on the front foot, continuously bombarding the box within the first 5 minutes, not letting Mansfield to maintain the ball.

However, it did not take long for Dave Flitcroft to wake his side up as Hemmings got in behind the Boro defence and looked to cause problems, but Luke Wilkinson was on guard to deal with the danger.

Just minutes later Stevenage got back the upper hand with the opening goal of the game in the 15th minute.

Striker Danny Newton opened up space just inside the box and rifled the ball into the back of the net, leaving Logan helpless in the away goal.

Stevenage could have doubled their lead in the 19th minute, as the ball bounced around the Mansfield box and finally fell nicely to the feet of Danny Newton, who has just narrowly had his effort deflected wide and off the post for a corner.

Matty Godden was clearly eager to get his first goal since coming back from injury as he tried to follow up on Danny’s attempt, but Logan just got enough on it to deal with the danger.

Tom King was first called into action in the 25th minute as Mansfield had their first real chance of the game to level the score.

Alex MacDonald entered the Stevenage area and had a low drive effort at goal, but the Millwall loanee was alive to get down low and collect his shot.

The travelling Stags failed to really get going in the first half, with Alex MacDonald’s chance being their only real opportunity to get themselves back into the game.

Stevenage nearly got their second of the game on the brink of half-time, as Danny Newton was being his normal pestering self within the Mansfield danger zone.

The in-form striker once again managed to find space on the edge of the box and came ever so close to increasing Boro’s lead, but Conrad Logan reacted well to parry his effort wide.

The score line remained at 1-0 as the boys went into the break, but Dino would certainly be making it clear to his boys to keep up their high intensity as they have been doing for the first 45 minutes.

The Stags managed to bring the score back level as they broke through the Stevenage defence and the ball was pulled back for Atkinson just inside the box, who found the back of the net.

Minutes later Mansfield were at it again, charging towards the Stevenage back four in numbers as Hemmings picked out Rose who just got his shot blocked.

Dino made his first change of the game in the 53rd minute, with a double substitution including Dale Gorman and Tom Conlon coming on in place of Ben Sheaf and Chris Whelpdale.

Stevenage certainly did not drop their heads, as Luke Amos had a great chance to get the Boro back in front with an effort in front of goal.

Logan came off his line and made himself big in front of the midfielder and did well to get in the way of his shot in the 57th minute.

Mansfield claimed a penalty in the 60th minute as fullback Hayden White went to ground inside the box, but referee Seb Stockbridge waved off the appeal and gave the defender a yellow card for simulation.

The travelling fans loudly got behind their team as David Flitcroft’s side bombarded the box with attacks in high numbers, desperate to take the lead with just 20 minutes left to go.

Danny Newton came close to putting Stevenage back ahead against the run of play, as his deflected effort from just outside the box narrowly crept past the post in the 75th minute.

The final 10 minutes was a nervous period for both sets of fans, as both teams gave everything they had led to ensure their team the win.

Mansfield nearly found the winner in the 83rd minute through Kane Hemmings with a outswinging effort froma  tight angle, which required Tom King to quickly

Despite Mansfield strong finish to the game, Stevenage held out for a hard fought draw against David Flitcroft's side in a highly intesne 90 minutes for both sets of teams.

Get behind the Super Boro on Tuesday evening...

After two straight wins with the past week, Dino and the boys return to the Lamex Stadium on Tuesday 10th April for the visit of Mansfield Town (7:45pm ko).

With just three more fixtures left at home this season, games are now running out so make sure you don't miss a thing!

Supporters who bought tickets for the originally scheduled fixture (Sat 3rd March) will still be able to use their tickets for this game.

All advance tickets must be bought by midnight on Monday 9th April via borotickets.co.uk. 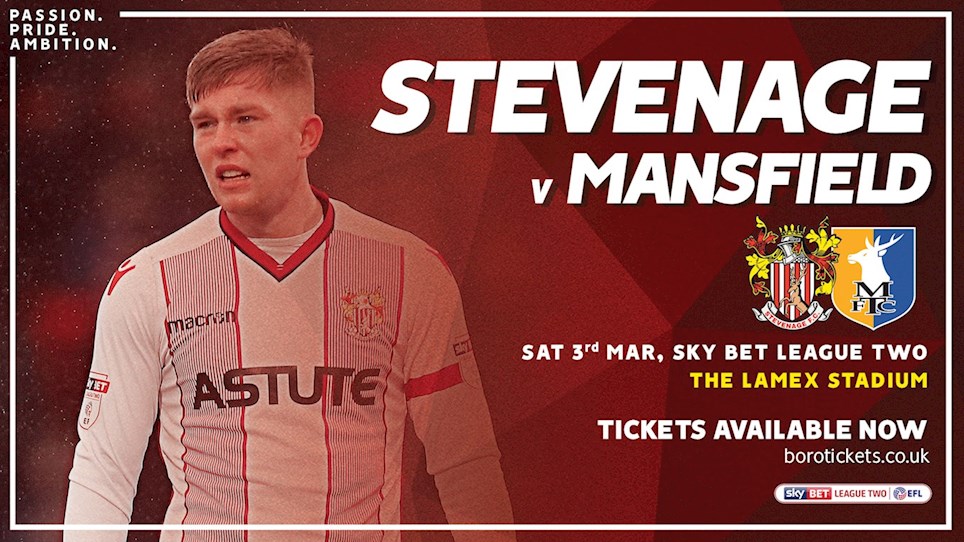 
Let's make it another good one back at home...